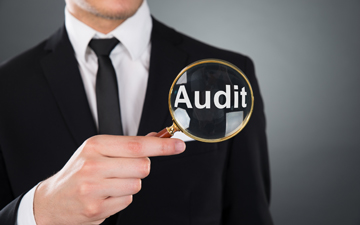 TORONTO, May 7, 2021 – While the overall number of audit deficiencies by Canadian auditors decreased slightly in 2020, the Canadian Public Accountability Board (CPAB) is concerned about poor inspections results at a number of the audit firms, as cited in its annual review of audit quality assessments. Further, the audit performance of one Big Four accounting firm failed to meet the audit watchdog’s standard, raising questions in the business press as to the firm’s identity and a lack of transparency in the process.

"We are concerned about the poor inspections results at a number of the firms we review annually; the overall level of findings is unacceptably high," said Carol Paradine, chief executive officer of CPAB, in a statement. "In response, targeted escalation and enforcement measures are being undertaken to address specific instances of breaches of auditing standards or the professional code of conduct. We will conduct follow up inspections to assess the effectiveness of firms' responses to our recommendations and to determine whether further regulatory intervention is necessary."

The COVID-19 pandemic caused CPAB to initially delay some inspections as its adjusted to a remote working environment. As a result, CPAB deferred inspections of smaller audit firms to early 2021.

CPAB annually inspects all firms that audit 100 or more reporting issuers. There are currently 11 firms in this group which audit almost 6,700 reporting issuers. Of the 11 annually inspected firms, just four met the target of no more than 10 per cent of files inspected with significant findings. Seven other firms had unacceptably high finding levels. Two restatements have been required to date. These 11 firms, and their foreign affiliates, audit approximately 99.5 per cent of all Canadian reporting issuers as measured by market capitalization.

The most prominent sections of CPAB’s reports focus on “significant findings,” which, in the U.S., are described as “audit deficiencies” by the Securities and Exchange Commission. A significant finding is described as “defined as a deficiency in the application of generally accepted auditing standards related to a material financial balance or transaction stream where the audit firm must perform additional audit work to support the audit opinion and/or is required to make significant changes to its audit approach.”

An overview of the audit numbers

One unidentified member of the Big Four continues to be the laggard in the group: “The firm that did not meet the 10 per cent target, (and did not meet the target in previous years), must perform a number of procedures to identify underlying factors observed this year that continue to impact audit quality, including the implications on the effectiveness of its quality management systems.”

It is rare that the Canadian business press takes an interest in audit quality — until a major accounting failure on the scale of Nortel, Livent, or Sino Forest occurs. But David Milstead, the Globe and Mail’s institutional investment reporter, flagged the lack of transparency in an opinion column titled, Canada’s accounting-firm problem child remains a mystery.

“Canada’s robust system for inspecting the work of accounting firms stops short of making the results public,” writes Milstead. The blame, according to Milstead, lies squarely with the confidentiality provisions of the Canadian Public Accountability Board Act of 2006, which not only conceals the identity of the Big Four “problem child,” but blocks the public from applauding the one firm who, for two years in a row, had no significant findings at all. “We don’t know which firms to applaud and which ones we should shame,” writes Milstead.

Compare this to the United States. Not only does the Public Company Accounting Oversight Board (PCAOB) publish reports on firm inspections to a public database, the PCAOB publishes reports on Canadian accounting firms that audit U.S. public companies. One can easily find the PCAOB’s 2020 inspection reports for two Canadian firms — Raymond Chabot Grant Thornton LLP and Dale Matheson Carr-Hilton LaBonte LLP. The reports detail audit deficiencies. A response from the firm(s) in the form of a letter is included in the reports. This has resulted in a circular process, in which a firm such as PwC publishes its own annual audit quality report, largely in response to the scrutiny of the PCAOB.

The Financial Report Council in the United Kingdom also publishes “Audit Quality Inspection Reports” of individual firms to a public database. One can easily download the reports of the UK “Big Five” (BDO, Deloitte, EY, KPMG, PwC) as well as European accounting brands such as Mazars (UK) and PKF (UK).

According to the CPAB report, although public disclosure is not mandatory under its Rules, CPAB has the authority to publicly hold firms to account by ordering disclosure of various requirements, restrictions and sanctions to a firm’s reporting issuer clients or the public.

Audit keeps failing — here’s why a fundamental change is needed