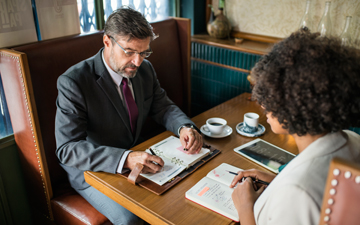 If proposed legislative amendments receive Royal Assent, the Canada Revenue Agency will have the power to compel oral interviews

TORONTO – Recently, Chrystia Freeland, Deputy Prime Minister and Minister of Finance, presented the  2021 Budget on behalf of the Government of Canada ("GOC").

Debits and Credits. The cornerstone of any accounting textbook. For the federal government, the debits (spending) have not outweighed the credits (revenue) at quite this level, ever. The 2021 Budget projects historic deficits. What's the Minister of National Revenue to do?

Based on the 2021 Budget, the answer appears to be to strengthen enforcement measures, including a $304.1M budget to be spent over five years which will include:

The GOC will spend a further $230 million over five years to strengthen collections activity and will focus audits on large businesses.

A further $2.1 million over two years will be allocated to establish a corporate beneficial ownership registry allowing CRA access to accurate data on individuals behind the businesses.

The CRA's plans to compel oral interviews were stymied in the landmark Cameco1 decision. The CRA responded by releasing a statement that said, despite its loss in the courts, its position was that taxpayers' "refusal to participate in oral interviews ... demonstrates a lack of openness and transparency, and potentially a higher risk of non-compliance,"2 and the Minister will make assumptions that reflect those negative inferences in assessing.

In the 2021 Budget, the Minister has addressed this courtroom loss by proposing legislative amendments (to both the ITA and ETA, among other statutes) that would require an owner, manager, or persons on the premises of a business to participate in oral interviews.

The proposed amendments codify what CRA believes is its authority to compel oral interviews. Section 231 of the ITA  is proposed to be amended to include the words "answer those questions orally or in writing, in any form specified by the authorized person."

The amendments would take effect once enacted. It is of supreme importance that audit targets consult a tax controversy professional before being interviewed by the CRA.

With the new increased enforcement budget and measures, and with the GOC's need to make up for the deficit, trusts, large businesses, and businesses (such as export-heavy enterprises) that routinely receive net tax refunds on account of sales tax, should consider themselves fairly warned that audit activity targeting them is ramping up. A CRA audit often results in years of lost resources and looms large on the minds of business owners. It can also be financially crippling with refunds withheld until the conclusion of the audits or reviews. Now that the individual filing deadline has passed, it is a good time for business owners to stop and assess their audit target risk profile.

Molly Luu is a partner in the Toronto office of Miller Thomson LLP. Image by rawpixel.com.

Jared A. Mackey, Brendan Sigalet and Philip B. Ward of Bennett Jones LLP on a fundamental change to the existing interest deductibility regime
Business