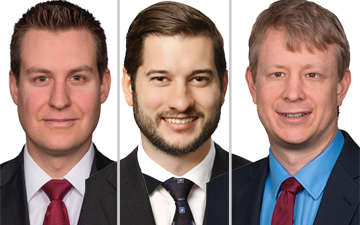 Jared A. Mackey, Brendan Sigalet and Philip B. Ward of Bennett Jones LLP on a fundamental change to the existing interest deductibility regime

The 2021 Canadian Federal Budget, released on April 19, 2021, proposes new rules that would fundamentally alter the interest deductibility landscape for Canadian businesses. The thrust of the new rules (referred to herein as the EBITDA Limit), which are proposed to take effect in 2023, is to directly link an entity's interest deductions to its level of economic activity, based on taxable income before interest, tax, depreciation and amortization.

The EBITDA Limit is targeted at cross-border interest deductions and is aligned with the common approach recommended by the OECD in BEPS Action 4, which focuses on eliminating the use of third-party, related-party, and intragroup debt by taxpayers to achieve excessive interest deductions or to finance the production of exempt or deferred income.

In Canada, businesses can fund their operations through debt or equity. Canada's tax regime treats equity investments differently from debt investments. When a corporation pays interest on a debt, it is generally permitted to deduct the interest payment from its income for tax purposes. In contrast, where a corporation pays a dividend, no deduction is permitted. In view of this differing treatment, in the absence of targeted rules  it may be advantageous for a non-resident parent to "thinly" capitalize its Canadian subsidiary with equity while making substantial debt investments, in order to generate larger Canadian interest deductions. From the government's perspective, excessive cross-border debt reduces a Canadian subsidiary's taxable income and shifts profits out of Canada, thereby eroding the Canadian tax base.

Canada currently limits interest deductions on excessive cross-border debt primarily through "thin capitalization" rules, which generally limit the deduction of interest expense on debt owing to "specified" non-residents (which generally means significant shareholders and non-arm's length persons), where the debt exceeds a 1.5-to-1 debt-to-equity ratio. The major shortcomings of the thin capitalization rules, from the government's perspective, are that the rules only apply to debt and interest expense owing to significant "specified" non-resident shareholders, and also allow a significant degree of flexibility in terms of the rate of interest that a corporation may pay. In contrast, the EBITDA Limit, if enacted, would apply regardless of whether the relevant interest is payable to a related party or to an arm's length lender, and would provide a dollar cap on the amount of deductible interest. The EBITDA Limit is proposed to be enacted in addition to, not in replacement of, the thin capitalization rules, which are expected to remain in force.

Application of the EBITDA Limit

Budget 2021 proposes the following rules when applying the EBITDA Limit:

Budget 2021 proposes that Canadian-controlled private corporations (CCPCs) which, together with associated corporations, have taxable capital employed in Canada of less than $15 million (i.e., the top end of the phase-out range for the small business deduction) will be excluded from the EBITDA Limit. Groups of corporations and trusts whose aggregate net interest expense among Canadian members is $250,000 or less, will be also be excluded from the EBITDA Limit.

Carry Forward and Carry Back

Under the proposals, interest denied under the EBITDA Limit may be carried forward 20 years and back 3 years. A carry back will be permitted to periods prior to the EBITDA Limit becoming effective if the taxpayer would have had sufficient capacity to absorb the denied expenses.

Budget 2021 contemplates that the Canadian members of a group that have net interest expense below the fixed ratio of Tax EBITDA (or the "group ratio" discussed below) may be able to transfer their unused capacity to other members of the group to enable them to deduct additional interest.

Perhaps the most significant relieving measure in the proposals is the so-called worldwide "group ratio" rule that would compensate for the otherwise blunt application of the fixed ratio of Tax EBITDA on an entity-by-entity basis. The group ratio rule would allow entities in groups that are highly-leveraged with external debt for genuine commercial reasons to deduct net interest expense in excess of the fixed ratio of Tax EBITDA.

Budget 2021 clarifies that, for purposes of the group ratio rule, the measure of net third-party interest expense and book EBITDA will be adjusted to exclude interest payments to creditors related to, or significant shareholders of, Canadian group entities and will also take into account the impact of entities and groups with negative book EBITDA.

Special rules will apply to banks and financial institutions, who generally have very low "net" interest expense, to restrict their ability to transfer unused capacity to group members that are not regulated banking or insurance entities.

If enacted, the EBITDA Limit would be a fundamental change to the existing interest deductibility regime for Canadian businesses. The change is not entirely unexpected given that it was included in the 2019 Liberal election platform, and that an increasing number of countries across the globe have already enacted EBITDA-based interest deductibility rules. As the EBITDA Limit will impose an interest limitation that significantly overlaps with Canada's existing thin capitalization rules, which are expected to remain in force, the compliance burden on Canadian businesses will only be increased.

Many details remain outstanding and draft legislation implementing the EBITDA Limit is expected to be released for comment in the summer.