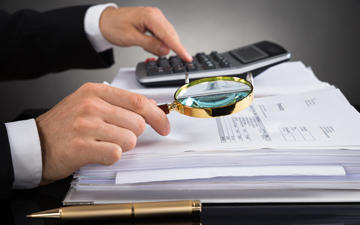 TORONTO, May 20, 2022 – Canadian auditors could do more to enhance the quality of their fraud risk identification and assessments according to Canada’s audit profession watchdog. The Canadian Public Accountability Board (CPAB) has published a fraud thematic review with fraud detection recommendations and two case studies for auditors of public companies. The review comes amidst global scrutiny of high-profile audit failures, pending revisions to the global fraud auditing standard, and challenges to the concept known as the “expectation gap.”

This is the second fraud thematic review published in recent years by CPAB. The reviews evaluate the quality of fraud-related procedures in audits of financial statements of public companies, and are also related to CPAB’s role in working with international audit and assurance boards on accounting standards related to fraud in audits of financial statements.

Takeaways from the thematic review

The general impression that emerges from the six “key takeaways” in the report is that fraud detection is not a common component in the audits of public companies in Canada. For example, according to the review, just six per cent of the audits that CPAB inspected in 2021 included a forensic accountant. In 2019 that figure was five per cent. Auditors typically engage forensic specialists only when they encounter fraud or suspected fraud in their audits.

Two public accounting firms did conduct pilot projects in 2020 and 2021, respectively, in which they assigned forensic specialists to a sample of their audit engagements. According to CPAB, “Neglecting to engage forensic specialists when warranted may allow material frauds, which the public might reasonably expect auditors to detect, to remain concealed.”

Canadian auditors also tend not to audit whistleblower programs in their engagements, although there has been improvement in this area (36% of 2021 audits, 25% in 2019. There has also been significant improvement in “obtaining an understanding of some aspects” pertaining to fraud risk management programs.

The thematic review also reminds auditors of the importance of fraud detection. Auditors should not “lose sight of financial reporting fraud” and should “maintain professional skepticism throughout the audit, recognizing the possibility that a material misstatement due to fraud could exist.”

Audit regulators may be shutting down the expectation gap

In recent years, the audit profession has seen several high-profile audit failures globally, many of which were related to fraud. The trend began in Britain with the collapse of Carillion, a multinational construction company, which entered liquidation in 2018. (Recently, the company’s auditor, KPMG UK, was fined fined £14m, one of the largest fines in UK audit history, for forging documents over its audit of the company.)

During this time, it was popular within the global audit profession to speak of the “expectation gap,” a loosely defined term that generally referred to the difference between the public perception versus the actual role and responsibilities of auditors. In 2019, CPA Canada’s Pivot Magazine called the expectation gap an “existential problem”:

The expectation gap is a huge and thorny issue in the audit profession—so much so that even the definition is up for debate. Broadly speaking, it’s the difference between what the profession thinks an audit is—and does—and what everyone else thinks.

Adding to the scrutiny was news of high levels of audit deficiencies in the United States, which have recently improved, according to the Public Company Accounting Oversight Board.

The CPAB fraud thematic review does not refer to the expectation gap. Instead, it states: “a useful reminder is that an overall objective of the auditor when conducting an audit of financial statements is to obtain reasonable assurance about whether the financial statements as a whole are free of material misstatement due to fraud.”

The CPAB fraud thematic review ends with two case studies where auditors did not exercise an appropriate level of professional skepticism. While the case studies were adapted from examples observed in audits of entities with heightened risks of fraud associated with revenue recognition, they would have a familiar ring to followers of financial scandals.

Case 1 involves “bill and hold arrangements” used by a fictional auto parts supplier. These type of arrangements have been seen in high-profile financial failures such as Nortel and Sunbeam. Case 2 profiles a fictional company engaged in fixed-price construction projects for its customers which take years to complete. This case is similar to the collapse of Carillion, a 200-year-old British multinational construction and facilities management services company.

According to the thematic review, “A stand-back evaluation, after all the evidence was accumulated, could have alerted the engagement team that the fraud risk had not been appropriately addressed by the procedures performed.”

5 ways to avoid fraud in the digital age