Court ruling on charities could be financial windfall for tax accountants 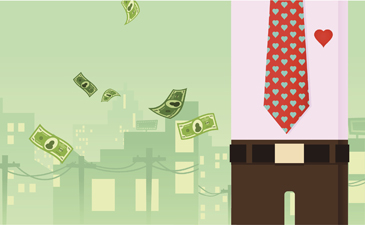 TORONTO, August 24, 2018 – A surprise ruling by the Ontario Supreme Court could be a financial windfall for Canadian tax accountants and lawyers by making charitable donations more attractive as income tax deductions for high net worth (HNW) individuals. The Court has ruled that Income Tax Act restrictions limiting political advocacy violate freedom of expression.

The federal departments of finance and revenue have already announced their intention to appeal the decision in Canada Without Poverty v the Attorney General of Canada, which was rendered on July 16, 2018.

In a joint announcement, Minister of Finance Bill Morneau and Minister of National Revenue Diane Lebouthillier stated the “the Government of Canada has identified significant errors of law and has served notice that it will be appealing the decision to address the uncertainty created by it, and to seek clarification on important issues of constitutional and charity law.

A win for the charitable sector?

Canada Without Poverty (CWP) was among 60 charities audited by the Canada Revenue Agency in 2011 and 2012 for violating political advocacy rules limiting to 10 per cent the resources a charity can devote to political activities. At the time, the CRA audits appeared to target environment groups opposed to oil pipeline expansion, a key business strategy of the Conservative government of Stephen Harper, but were later expanded to other organizations.

In 2015, the CWP took its fight to Geneva, where it complained to a United Nations committee about the CRA audits, alleging it violated Canada’s international commitments on human rights. The charity’s revenue was a modest $318,000 in 2014 and it reported that eight per cent of its funding went to political advocacy. CRA auditors argued instead that 98.5 per cent of the charity’s work was political, violating a ruling in force since 1985, s. 146.1(6.2).

In his ruling, Justice Edward Morgan found that, “Indeed, virtually everything that the Applicant does is "political", although those political activities are conceptually ancillary to — i.e., a mechanism to achieve — its charitable activities and purpose.”

The judge quashed the longstanding limitation rule, ruling it infringes on the Canadian constitutional right to free expression, opening the door to charities whose sole purpose is political advocacy. A charity “has a right to effective freedom of expression — i.e. the ability to engage in unimpaired public policy advocacy toward its charitable purpose.”

Mark Blumberg, a charitable sector lawyer, calls the ruling “a pyrrhic victory for CWP and a disaster for the charity sector.”

While sympathetic to the mission of the CWP, Blumberg says “this is going to be a big mess and a distraction for the sector but as with many messes it takes years to see the reactions and counter reactions and the damage.” He noted he has already received calls from a number of non-profit organizations interested in registering as charities, presumably to devote more of their resources to political advocacy.

The ruling makes tax-exempt charitable donations more attractive to individuals and groups more interested in unlimited political lobbying than the provision of services or funding.

The ruling would allow think tank registered charities on both sides of the political spectrum — from the left-leaning Canadian Centre for Policy Alternatives to the right-leaning Fraser Institute — to devote more financial resources to political lobbying. Some critics argue the ruling opens the door to the creation of American-style advocacy groups like Citizens United, created by billionaires Charles and David Koch, which has been criticized for its role in election campaigns.

It is certainly, however, an example of the law of unintended consequences, allowing the kind of charities whose political actions the Harper government was trying to suppress, to apply the unlimited use of their resources to advocacy.

The ruling would also create more interest in the legal structures of registered charities as a means of tax planning by HNW clients.

According to Blumberg, “it will either result in a large amount of funds entering the charity sector for partisan purposes with all attendant tax benefits that ironically primarily benefit the super wealthy.

“Alternatively, the charitable system — just like a chair, is not going to stay in the same place if you remove a leg or two. If the application is successful there will be tremendous pressure to eliminate the charitable tax deduction and make a far narrower deduction for a smaller set of organizations.”

Blumberg explains that the Finance Minister could remove tax incentives for donating to a charity as a “logical next step” and cites Australia as an example. “This has already happened in the U.S. in the last year where Trump’s reforms of the tax system have resulted in 19 out of 20 Americans when they donate to charity now receiving no tax benefit.”

However, in a recent article in Financial Advisor, author Seth Kaplan noted, “Most recently, key provisions of the Tax Cuts and Jobs Act of 2017, including the virtual doubling of the standard deduction and estate tax exemption as well as elimination of the phase-out of itemized deductions, will further shift the focus on charitable giving to high-net-worth individuals and reduce the tax incentive for moderately wealthy individuals.” Kaplan then lists a number of tax planning vehicles and concepts.

Will the Liberals move on recommendations?

In March 2017, the Consultation Panel on the Political Activities of Charities, a Liberal-appointed panel of experts, recommended that charities be permitted to engage in “non-partisan” public dialogue. As noted by Nicolas Simard of Fasken, the panel stressed “while maintaining an absolute prohibition on partisan political activities.”

That would appear to align the government with the court ruling. In their notice of appeal, Ministers Lebouthillier and Morneau announced that “The resolution of these legal issues, while necessary, will not change the policy direction the Government intends to take with respect to the removal of quantitative limits on political activities.”

The government, however, has yet to move on recommendations.