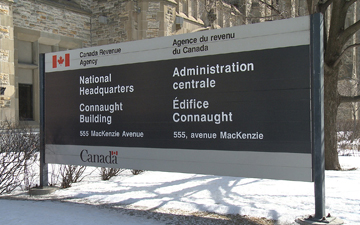 OTTAWA – The Canada Revenue Agency has proposed changes to its Voluntary Disclosures Program (VDP) that would narrow eligibility and impose additional conditions on taxpayers applying to use it. But some reformers are praising the changes for addressing social issues.

The CRA proposal to exclude applications that disclose income from the proceeds of crime from VDP relief received praise from Dennis Howlett, the Ottawa-based executive director of Canadians for Tax Fairness.

“I think part of the problem is [the CRA] may not have had really clear guidelines in place already, and so they’re just trying to make it clear. So that’s good. I’d agree with that,” he says.

“Under the existing program, while each application is reviewed on the merits before a determination is made, taxpayers declaring income from the proceeds of crime would typically be excluded from relief under the VDP on the basis that such persons should not benefit from or be rewarded for this type of criminal activity which compromises the integrity of the tax system,” says CRA media spokesperson David Walters.

The CRA’s draft circular is worded to clarify that, he explains.

But David Rotfleisch, the owner and senior lawyer with Rotfleisch & Samulovitch in Toronto, says he sees no rationale behind this measure. Most people with proceeds of crime won’t come forward and pay taxes on that amount on a voluntary basis, but for those willing to do so, he questions why CRA would not allow them to, particularly if they haven’t been charged.

“Let’s say you’re an illegal pot dealer. You’ve been dealing in pot on a low-level basis for the last number of years and you decide ‘I’m worried about this. I also want to disclose it to CRA.’ So you disclose it. Why shouldn’t you be able to? Why shouldn’t the government get its taxes on it?” he questions.

Hugh Neilson, FCPA, FCA, says it's not up to the CRA to prosecute criminal activity, other than tax evasion specifically. Neilson is the director of taxation services for KRP Group, an accounting firm in Edmonton, and a member of the Video Tax News Board of Editors.

“The history of this has been that if you’re making money through criminal activity, you’re taxable just like everybody else. So I think that’s a challenging one for CRA.”

Neilson notes that, as Canada moves towards legalization of marijuana, he has heard from colleagues in B.C. that this could become a problem, as individuals who have previously participated in the underground economy are now questioning how they can get on board to be involved in the legal trade of marijuana, including paying taxes.

Still, as Shenfield elaborates, "That's on the order of 0.25 per cent of GDP, no barnburner."

The conclusion of our five-part series on the CRA's proposed changes to the Voluntary Disclosures Program focuses on proceeds from crime
David J. Rotfleisch