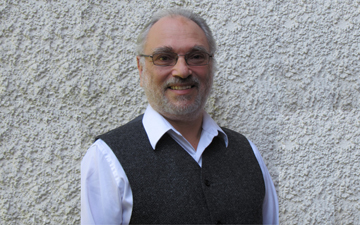 TORONTO, Sept. 21, 2017 – The economics professor at the centre of the national debate over incorporation traces his role back to an in-depth tax course given in the 1970s by the Canadian Institute of Chartered Accountants. “There were about a hundred people enrolled in the course. I was the only one who wasn’t in public practice,” says Michael C. Wolfson of the University of Ottawa.

“One of the messages early on was that if you have a client making over a $100k, they should incorporate. So I was already sensitized decades ago to the possibility that there would be some interesting tax planning going on with the use of CCPCs [Canadian-controlled private corporations].”

It is incredible that a four-week course given 30 years ago by a legacy accounting body would have national repercussions today but Wolfson is insistent. "When I took that CICA course, I heard dozens of things that I found offensive — I think that's a fair word." He was perturbed by the "unfair" ramifications of what he learned in the course, and would often discuss the issues with a colleague, Alan (Al) Short, the "grand old man of Canadian tax."

Wolfson, who began his career with the Treasury Board Secretariat  in 1974, was working in the Department of Finance as a senior analyst in tax policy at the time. “I was responsible for a fair chunk of the quantitative analysis. I built the first version of the corporate income tax model while I was there.”

He would move on to a 25-year career at Statistics Canada, mainly focused on health research, becoming a professor (now retired) in epidemiology, but he continued working on issues of income inequality. StatsCan, he says, “is the cyclotron of social science research in Canada. And it struck me time and time again how important it is to have high-quality, empirical evidence for public policy decisions.”

In 2013, Wolfson applied for a government grant for a project called “the economic behaviour of the affluent.” He wanted to study the links between individual tax returns (T1s) with the corporations they owned (T2s) — in particular, a subset of T2s, the nearly two million CCPCs.

“Government policy had nothing to do with it,” says Wolfson. “It was a personal interest inspired by my memories of the 1970s CICA course, learning about a very large number of manoeuvres of significant tax avoidance. My view is that this is not good for the government, this is not good public policy and it’s unfair.”

Wolfson’s study, entitled “Piercing the Veil,” which was co-authored by professors from McMaster and York universities, was released in 2014. It concluded that income inequality in Canada is more pronounced than previously believed due to the use of private companies in tax avoidance. The tax avoidance strategy was costing the government roughly half a billion dollars a year.

While “Piercing the Veil” was reported on by the Globe and Mail and Toronto Star, the study seemed destined to be lost in the post-recession dialogue surrounding the “one per cent” and the “disappearing” middle class, until its surprise appearance in the 2015 election campaign.

A surprising turn in the spotlight

“I turned on the news in 2015 and there was Justin Trudeau mentioning my name,” says Wolfson of the federal election campaign. “I was completely surprised by that. My interest in pursuing this project was to shine a light in an area of tax policy where I knew there was hardly any public information. I suspected we would see things that might not be pleasing to the eye.”

Wolfson is also surprised by the way his work, which focused on income splitting (often referred to in the media as “income sprinkling”), has been used. “When the Finance Minister came out with his discussion paper, there were three things — the sprinkling, the passive income and investment, and the capital gains. I was completely surprised by the latter two and I find myself being asked questions about all three proposals.”

Wolfson says he has tended to be a critic of government tax policy over the year but finds himself in the “completely unprecedented” position of supporting the government. He is well aware that his public position puts him at odds with many tax lawyers and accountants but does not criticize the profession.

[Wolfson refers to an economist whose name he has forgotten; he is likely referring to James M. Buchanan (1919-2013), the cofounder of public choice theory, which distinguished between two levels of public choice, setting rules and playing within them.]

“Most of the time, tax professionals will help their clients minimize their tax liabilities. But sometimes, they move into a different realm than advising their clients — they are squawking to the government on behalf of their clients about the rules of the game. And in the end, I suspect, it’s also about their own incomes, because they make income setting up these complicated arrangements.

“So when the tax lawyers and accountants engage in ‘sky is falling,’ vituperative, totally misleading innuendo through the public media — to say the Minister of Finance is all wrong and he’s going to destroy Canada as we know it — that is way out of bounds, as far as I’m concerned.”

Wolfson says, however, that he credits the many professionals who are not making “intemperate comments devoid of empirical foundation” but are instead giving their best technical advice and analysis. There needs to be “a lot of consultation” due to the number and variety of the arrangements. “That to my mind is a constructive contribution to the discussion.”