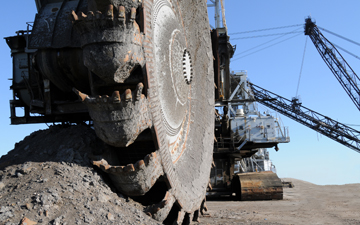 TORONTO, April 9, 2019 – Alberta’s New Democratic Party government has had an aggressive carbon policy that’s been central to its term in office. The carbon policy was meant to be a bookend to getting a pipeline built to tidewater so Alberta oil could reach international markets.

But a series of federal environmental and Indigenous consultation legal hurdles over the past four years has resulted in delays in pipeline building.

With an election on April 16, the polls-leading United Conservative Party (UCP) is now campaigning with a no-holds-barred aggressive “get a pipeline built” approach complete with a $30 million war room to attack environmental opponents.

Carbon policy is all but missing from the UCP platform, with the notable exception of scrapping the carbon tax and hinting that most other NDP climate initiatives will face a similar fate.

Many Albertans lean to fiscal conservatism and worry that the NDP is not sufficiently frugal while the province continues to suffer a recession. Yet they are not committed UCP supporters. Many of these fiscally conservative voters share the NDP’s environmental values. Recent polls suggest that this group is in the “undecided” camp.

These environmental values received a jolt with the recent release of the federal environment commissioner’s 2019 audit conducted by government scientists. The report concluded that Canada’s climate is warming at twice the rate of the rest of the world.

I believe, as a scholar in energy and environment, that the responsible production and export of oil, as well as the export of industry expertise and know-how, is key to Alberta’s future. Renewables and electricity storage will no doubt be important growth sectors, but oil will remain a significant part of Alberta’s energy portfolio for decades, despite the global energy transition to a lower-carbon economy.

Most of Canada’s oil is in Alberta

Canada has the third-largest oil reserves in the world, and is the fourth-largest exporter of oil. Most of that oil is in Alberta.

The oil-and-gas industry is also Canada’s largest exporter. The industry represents over 20 per cent of Canada’s exports, followed by the auto industry at just under 15 per cent. The industry and its supply chains employ thousands across the country in good jobs. The industry’s royalties and taxes fund government services in Alberta and across Canada.

More than a dozen years ago, former Conservative prime minister Stephen Harper proclaimed to the world in London that Canada was an “emerging energy superpower.” I was in the room in Houston two years ago when Prime Minister Justin Trudeau declared: “No country would find 173 billion barrels of oil in the ground and leave them there.”

Global oil demand is growing and the United States, historically Canada’s only oil customer, has recently become the world’s largest oil producer due to innovations in fracking technology and the resulting “shale revolution.”

Like the U.S., Canada’s oil industry has also made technological leaps to meet the growing oil demand. Canada, however, needs pipelines to its coasts to reach overseas markets. And Canada, unlike the U.S., lacks a large domestic market.

The United States, meantime, for the first time in half a century, has so much oil that it’s exporting it. The U.S. has become Canada’s oil industry competitor.

Canada is a signatory to the Paris Accord on climate change. Consequently, the federal and Alberta governments introduced carbon taxes and Alberta placed a greenhouse gas emissions cap on the oilsands.

Alberta’s largest oilsands companies, understanding that being proactive with respect to corporate environmental strategy pays off, endorsed these policies. They welcomed them as being consistent with their own efforts to increase energy efficiency and reduce emissions and costs, despite their heavy oils being higher in emissions than lighter oils.

My organizational studies on industrial process innovation in Canada’s oil industry show that, due to restrictions on emissions and cost pressures, the industry is leading in technology development. These new technologies reduce emissions by increasing energy efficiency.

Another stream of research I am involved in examines quantitatively — using data from the Alberta Energy Regulator, Statistics Canada and corporate financial and sustainability reports — what the results are of this process innovation in terms of a metric called energy return on investment (EROI).

Our studies show that EROI, or energy efficiency, from Alberta oilsands is improving and approaching the average of all global oils. Improved energy efficiency equals lower emissions. Among much sought-after heavy oils, which fetch high prices in Asia, Alberta’s heavy oil has, arguably, the lowest carbon footprint, making it attractive.

Yet another recent study, published in Science, found that while waste gas flaring from conventional oil production worldwide had increased since 2010, it has not in Canada. The paper concluded that if Canada’s minimal flaring practices were adopted worldwide, greenhouse gas emissions per barrel would fall by 23 per cent.

Besides oil, Alberta has long exported technology and know-how to other oil-producing countries.

I am carrying out my EROI studies collaboratively with colleagues at the China University of Petroleum-Beijing, and funding comes jointly from my Suncor-sponsored research chair in strategy and sustainability and from the Natural Science Foundation of China.

According to Chinese diplomats in Canada with whom I have spoken, China is keen to reduce their carbon footprint and to meet their Paris commitments by switching electricity generation from coal to natural gas from Canada, and, for industrial refining purposes, by using the lowest carbon heavy oils globally available. They’re also from Canada.

Given this innovative spirit and its emissions-reducing results, is this a time for Alberta to turn its back on carbon policy and tarnish its reputation in a world transitioning to lower carbon?

I say categorically no.

Carbon policy should not be polarized as a left-right partisan issue, but should be embraced across the board.

Professor Harrie Vredenburg is the Suncor Chair in Strategy & Sustainability, Haskayne School of Business, and a research fellow at the School of Public Policy, University of Calgary. This article is republished from The Conversation under a Creative Commons licence. Top photo: iStock.