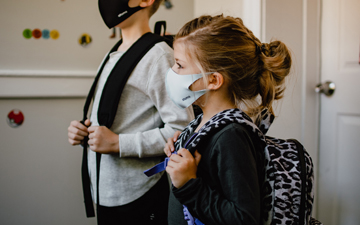 St. Catharines, ON – As the one year anniversary of the World Health Organization declaring a pandemic arrives, it is increasingly apparent that not everyone is having a hard time: Google, Apple, Facebook and Amazon earned US$38 billion in profits in the second quarter of 2020 alone. The Guardian reports that Amazon’s share price is up 62 per cent over the past year, and Apple’s 70 per cent.

While the coronavirus has infected more than three-quarters of a million Canadians and taken more than 22,000 lives, the Canadian economy has also been devastated.

Governments at all levels have taken on tremendous debt in order to provide economic stability and prevent a more dramatic collapse. We will be dealing with the financial consequences for generations. Ontario tabled a deficit of over $35 billion; its debt-to-GDP ratio is almost 50 per cent and is forecast to remain at historic highs for several more years.

While media attention has turned towards some Canadian politicians’ plans to remedy the fact that tech profits have ballooned while Canadian news media organizations are struggling to pay the bills, there has been comparably little attention on the future of funding our schools in Canada.

As a researcher who has studied some of the high educational and social costs of diminished public investment in schools, I am concerned we will soon hear the argument that mounting government debt requires either cuts to education or greater privatization. Even before the pandemic, a refusal to invest in public education on the basis of debt was a common refrain across provinces.

I believe it is it morally unjustifiable for tech companies to walk away from the pandemic with massive profits while schools are burdened with debt. This is doubly important considering the massive rise of online learning this year and schools’ increased reliance on tech platforms.

While a total picture of the precise profits derived from the huge expansion of tech into education this past year through a mass global rise of online learning is not yet clear, the many unknowns related to data privacy and how data could be used in years to come was flagged before the pandemic.

The importance of public funding for schools

Instead of burdening our schools with debt, we need to ensure they have the funding they need. Canadians should push for the political will to invest public funds in education.

Public funding for education is an important way to promote democracy. As University of Ottawa researcher Joel Westheimer notes, “A well-functioning democracy needs schools that … embrace debate and deliberation as a cornerstone of democracy.”

Pandemic or not, countries around the world are facing what researchers have called a democratic recession — even those democratic countries that have long been seen as stable. As we re-emerge from the pandemic, we need to recognize threats to democracy and do everything possible to ensure its survival.

In addition to the profits outlined above by the tech giants, American start-up education tech companies raised US$2 billion in 2020, 30 per cent more than in 2019. Education tech is expected to grow at a rate of 20 per cent for the next five years. However, it remains an ominous unknown given the massive shift to online learning.

Even before COVID-19, data had been dubbed the “new oil” by the likes of The Economist, and it’s this resource that we will see lining pockets into the future.

It’s important to note that educational technology is a part of the bigger expansion into the commercialization of education. The textbook company Pearson has become more of a digital media company that specializes in “digital learning services.” To prepare for this role, the company recently hired a former Disney executive as its CEO and spent US$25 million buying a company that offers course-authoring tools.

As one former CEO of a non-profit tech company notes, tech companies’ investments in kindergarten to Grade 12 educational tech “is not a big moneymaker but it’s a big branding opportunity.” Tech companies profit in the long run when students and parents develop lifelong brand loyalty after particular platforms become entwined with students’ lives.

The consequences of COVID-19 will be compounded if one of its lasting impacts is a boon for tech companies and a financial apocalypse for education. Teachers have already been bearing a significant COVID-19 burden in terms of their own physical safety and mental health.

Their pleas for resources that medical experts have said are significant for COVID-19 safety such as consistent social distancing and quality ventilation have often been ignored. Concerns about teacher burnout and the ensuing impact on children are significant.

Those still teaching in the classroom face the threat of COVID-19; some have even updated their wills.

Just as big tech companies have seen massive profits this past year, individual wealth has also grown. The Canadian super rich added $63.5 billion to the bank in the last year.

The spectre of burdening the children of today with short-changed public funding for education while extreme wealth grows and tech companies profit from their massive expansion into education during the pandemic is simply unjustifiable.

So when Canadian Heritage Minister Steven Guilbeault brings some concrete proposals forward to ensure big tech companies like Google and Facebook pay for news content created by Canadian news media organizations, how about considering how taxing tech companies could benefit our schools?

It’s important that education help to shape the “new normal” we emerge into, rather than be burdened with debt.

Trevor Norris is an associate professor in the department of eductional studies at Brock University. Photo by Kelly Sikkema on Unsplash.

Your personal data is the currency of the digital age

To many tech companies, the customer is the product, says Guillaume Desjardins
Thought Leaders