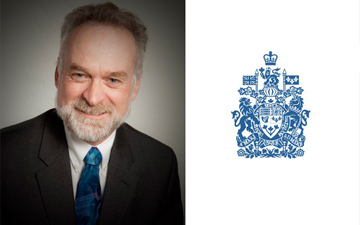 OTTAWA, March 12, 2018 – The title of our Canadian Accountant series, "Canada's Activist Auditors General," was inspired by fears that Canada's auditors general have become too much of a political force in their own right. The auditors general dispute that claim.

“We have no — and I would not want any — ability to force the government to implement any of our recommendations," says Michael Ferguson, Auditor General of Canada. "We have no political power. All we have is the power of persuasion and of our arguments that [a] program isn’t working the way that it should be working,” says Ferguson.

The Auditor General Act does not give the Office of the Auditor General (OAG) political power, although the conclusions they derive will be used politically, says Rick Robertson, professor emeritus of accounting at the University of Western Ontario’s Richard Ivey School of Business in London.

“When they are looking for things, and they find something from time to time that may not be overly complimentary to the mandarins who run that department, that will become a political issue,” he elaborates.

Part of the problem, say experts, is the subjective form of measurement associated with a government audit, compared to a private company audit, which has a much clearer measure of success — profit.

Effectiveness, especially when projected into a long-term scenario, can also be difficult to assess.

For example, “we’ll look at school boards, and school board spending and government spending on education, and say ‘how do you measure yourself? [If] they say ‘we measure ourselves by looking at high school graduation rates,’ when we do our audit we will look at what those high school graduation rates are, and if they are improving,” says Ontario Auditor General Bonnie Lysyk.

Another criticism levelled at the OAG is that there is too much latitude to select its value-for-money audit program subjects, while controlling the context in which it presents information, including the resulting recommendations.

Ferguson says allowing the OAG to pick what they are going to audit is the only way to have an independent audit. “We always have to make judgments about what people need to know to understand the issue that we are reporting on. It’s impossible to take judgment out. There’s judgment [involved] in every audit,” he explains.

There are multiple ways the OAG decides which topics to pursue, explains Ferguson.

“Sometimes we will decide that we want to follow up on an audit that we’ve done in the past to see whether the government had made progress. [Or] if we were to get a unanimous request, for example, from the Public Accounts Committee to look at something, we would take that very seriously,” he says.

Some government programs are inherently risky, and the OAG will look at those to see if sufficient controls are in place. “We try and focus on where we think there is residual risk, where we think there will be problems. In our process, we are, by definition, looking for the programs we think may not be working as they should be, because that’s where we feel we can add the most value,” says Ferguson.

In British Columbia, “when we decide to do a performance audit, we have to do a lot of planning, a lot of consultation, a lot of research to figure out what aspect of the operation we’re going to look at. We look for risk significance, where we can add the most value so there is a greater accountability to the taxpayer,” explains BC Auditor General Carol Bellringer.

Ferguson says the OAG spends a lot of time trying to make sure they get the story correct in its audits conducted by a multi-disciplinary team.

“In our performance audit while we have some people with a CPA designation, we have many people that have other backgrounds, whether it be engineers, lawyers, environmental scientists, economists — all of whom would be at least at the masters level,” says Ferguson.

“So when we are preparing our findings, or drawing on our conclusion, it’s never just the judgment of one individual. That would be challenged by the team, then challenged by other people from outside the team to make sure that we are landing in the right place,” he stresses.

The OAG then gives the department they are auditing a chance to look at at least two drafts of its report and to provide their input.

Wally Smieliauskas, a professor of accounting at the University of Toronto’s Rotman School of Management, says he sees this transparent give-and-take between the auditor general’s office and the government as a positive, citing as an example the Ontario dispute over accounting policy, because it lets members of the public who read the reports decide in their own minds which party they believe is right.

Having the public informed “really helps, I think, keep the government on their toes,” he says.

Jeff Buckstein, CPA, CGA, is an Ottawa-based journalist. This is the part three of a four-part series. Read the entire series by clicking on the following links: