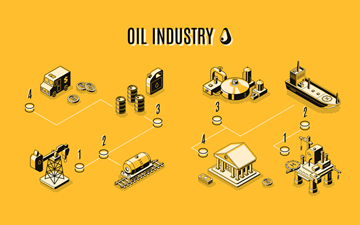 Banks, lenders will be less keen to lend to the oilsands, says Alberta economist

EDMONTON – New battle lines are being drawn between Canada’s financial regulators and Alberta’s oilpatch over the country’s climate change policies.

The Bank of Canada and Canada’s Office of the Superintendent of Financial Institutions (OSFI) recently released a pilot study that looked at how prepared Canada’s financial institutions are in understanding and managing climate change risks. The study found that the creditworthiness of oilsands producers will fall dramatically over the next three decades.

As a political economist, I have been studying the shifts in climate change regulations for several years. The friction arising between Ottawa and Alberta is also playing out around the world.

Financial regulators — including the Financial Stability Board, the international umbrella group of central banks and banking supervisors, and the newly formed Network for Greening the Financial System, which comprises 31 central banks and regulators from around the world — are becoming increasingly concerned about the creditworthiness of borrowers exposed to the risks of climate change. These regulators worry that as climate change worsens the financial system may become more unstable.

The pilot study reported findings from a sample of six large financial institutions, including the Royal Bank of Canada, TD Bank Group, Intact Financial Corporation, Co-operators Group Limited, Sun Life Financial and Manulife Financial Corporation. These firms have loaned $240 billion to companies in climate-exposed sectors. Of this total, about $70-billion is to the oil and gas industry.

One of the key metrics financial institutions use to calculate their loan-loss provisions — expenses set aside to cover potential losses on loans — is the probability of default, which is closely monitored by regulators.

The study’s key finding was that the probability of default to exposed sectors would rise over time. This was especially true in the case of oilsands producers.

Federal jurisdiction over banking and federally incorporated insurance companies means that federal regulators can influence how much credit flows to Canada’s oil-patch.

The Calgary oil industry is dependent on bank loans and the sale of bonds and shares, which makes the industry reliant on Canadian banks. This fact has not been lost on environmentalists.

The fossil fuel divestment movement has achieved significant notoriety over the past decade. Many financial institutions and institutional investors have joined consortia to pledge to divest oil and gas holdings.

For example, the Caisse de dépôt et placement du Québec has stated it will unload its oil-producing holdings by the end of 2022 and Harvard University — and other academic institutions — has agreed to divest its holdings in fossil fuels. Norway’s US$1.3-trillion state pension fund has also sold off oilsands holdings.

The OSFI-Bank of Canada report will now be used by environmentalists and the divestment movement to argue that fighting climate change now has powerful national regulators on board.

The CSA recently released a set of proposed disclosure requirements that would call on all corporations that issue securities to report their greenhouse gas emissions from Scope 1 (direct emissions), Scope 2 (indirect emissions, arising from consumption of electricity, heat or steam) and Scope 3 (any other indirect emissions).

But Alberta has steadfastly defended its jurisdiction and the Alberta Securities Commission is expected to slow progress towards standardizing the disclosure for the oil and gas corporations it regulates.

The study is ill-timed for Alberta, where the oil and gas industry may now be spending more on capital investment and where Premier Jason Kenney will face a leadership review in April. And who will pay for the massive cleanup of the tailings ponds? Alberta’s auditor general keeps asking oilsands producers this question — and soon, so will their banks.

In 2019, the Supreme Court reinforced the polluter-pays principle with its decision on Redwater, an Alberta oil and gas company that owned more than 100 wells and pipelines when it went bankrupt. The decision said banks can no longer wiggle out of environmental liabilities when a borrower goes under. A major rupture at one of the oilsands tailings ponds — the engineered lakes that contain waste water, sand, silt, residual bitumen and petrochemical waste from the oil sands mining process — would expose some of Canada’s largest financial institutions to enormous liability if an unforeseen event like this occurred.

We can expect federal financial institutions and their prudential regulators to be carrying out intensive credit and supervisory reviews of both oil and gas and oilsands borrowers in the coming months. Although oil and gas producers are today enjoying healthy cash flows ultimately this means that banks will be less keen to lend to oil and gas companies and oilsands producers or raise money for oilsands expansion.

Robert L. (Bob) Ascah is a research fellow at The Parkland Institute, University of Alberta. This article was published by The Conversation (Canada). Top photo: iStock. Author photo: The Conversation.

On Monday, oil futures’ contracts ended the day at -US$37
Thought Leaders