Building back better: How the Canadian economy can recover from COVID-19 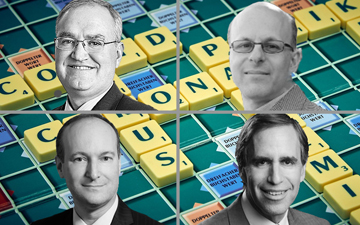 OTTAWA, Dec. 7, 2020 – With a COVID-19 vaccine on the horizon, many Canadian economists believe that now is an ideal time for the Canadian economy to build back stronger and better as part of a long-term economic plan.

“There’s a golden opportunity for governments to put in place a pro-growth agenda that will help the recovery, but also pay dividends in the long run, and really help us address some of the fiscal challenges,” says Craig Alexander, chief economist with Deloitte Canada in Toronto. “We know that when governments are trying to help an economy recover from a recession, investments in infrastructure can often have a bigger impact on boosting economic growth than additional government spending or tax cuts.”

There are, for example, proponents of implementing green sustainability measures — actions  like retrofitting buildings and installing infrastructure for solar and other renewable sources of energy. The rationale is that, while this may create additional short-term costs, it will pay off both economically and by improving society over the longer term, while also creating green jobs.

Rebuilding the Canadian economy to accommodate a type of green new deal should be considered at this time, says Dimitry Anastakis, L.R. Wilson/R.J. Currie Chair in Canadian Business History for the Department of History and Rotman School of Management at the University of Toronto. He notes how, after the Second World War, there were major infrastructure projects during the 1940s and ‘50s, including dam building and electrical generating stations, and the St. Lawrence Seaway. Those projects cost a lot of money and involved accumulating debt. But the short term expenditures ended up paying for themselves over and again, he asserts.

In order to mitigate the climate change crisis that we’re currently facing, Anastakis believes many Canadians would be supportive of such infrastructure. Moreover, this would also solve some of the short and medium-term economic challenges we face around unemployment, he notes.

Expanding broadband access could allow people in rural Canada to be wired up to high speed Internet and to be able to work from wherever they want to. This would also be a green initiative in the sense that it would get people out of their cars, and build an environmentally friendly infrastructure that allows people to lower their carbon footprint, says Anastakis.

The COVID crisis has also raised awareness about the importance of spending on child care, as well as early childhood learning. “Many women have left the labour market. If we’re going to have a full recovery, we’re going to need them back,” says Alexander, who notes that having accessible, affordable childcare is an important way to achieve that goal.

“Investing in early child care is expensive, but because you’re going to have more women in the labour market that are earning income, that are then paying taxes, the government will make money in the long run if it does that expenditure up front,” he adds.

Investing in early childhood education programs will also boost the skills of children.

“One of the things we can see from the current environment is we need resilient workers. We need workers who, if they lose their job, are going to be able to come back into the labour market in a different role. So if there’s an opportunity to invest in child care, but also create a more resilient workforce in the future by giving children more early learning, that is something that will elevate the prospects for Canada,” stresses Alexander.

For every dollar invested in early childhood learning, research studies have shown that the government will get a return in the range of two to six dollars, he says.

“These are very challenging, unusual, and demanding times. We don’t have that much of a window of opportunity, and while we are facing a massive debt situation, we’re also facing a lot of other problems that really need to be tackled in the boldest way possible,” says Anastakis.

Is debt a deterrent?

The impact of sustained deficit spending and spiraling levels of debt is also a major source of long-term concern for many experts, who warn about the damage this can do to both countries and future generations.

Canada needs to avoid the temptation of piling on new permanent government programs or higher permanent spending post-COVID without having considered where the revenue necessary to pay for that will come from. What is acceptable and necessary today in terms of the scale of deficits we’re running is far beyond what we can afford to do when the economy is back to normal and interest rates start to climb, says Avery Shenfeld, managing director and chief economist of CIBC World Markets.

“You have to be careful not to get used to deficits in the hundreds of billions, and remember that a normal year’s deficit is more in line with $20 to $30 billion. With a normal growth in the economy and interest rates unlikely to return to eight or ten per cent, Ottawa can certainly run deficits of $20 to $30 billion a year without having climbing interest costs as a share of GDP,” Shenfeld elaborates.

Douglas Porter, chief economist at the Bank of Montreal in Toronto, believes that options like green retrofitting of buildings are well worth exploring, and can be a big plus as energy efficiency infrastructure spending that stays mostly within Canada. But he is also sympathetic to the argument that this might add an unreasonable level of expenses to the nation’s books in the immediate aftermath of the COVID-induced economic crisis.

“Even though this is an extreme situation, we should still be extraordinarily careful about every dollar we spend. We should still treat government financing as a very precious resource not to be squandered.

“Every dollar of debt that we take on will be the burden of our children and our grandchildren and their children — and we should not forget that fact,” he stresses.

Jeff Buckstein, CPA, CGA is an Ottawa-based business journalist. Image by Image by Canadian Accountant and Markus Distelrath from Pixabay. This is the fifth and final article in a five-part series. Read the full series in order:

In part three of our five-part series, Canadian economists weigh in on post-pandemic taxation