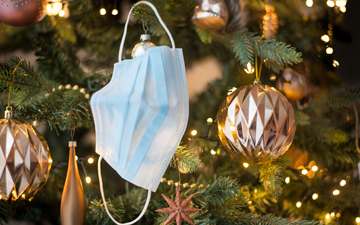 TORONTO, Dec. 15, 2020 – Canadians will spend more on shopping this holiday season as the COVID-19 pandemic has changed consumer shopping habits and lowered levels of household debt. According to the annual Holiday Spending Study from Chartered Professional Accountants of Canada (CPA Canada), Canadians intend to spend an average of $588 this holiday season, slightly higher than the $583 reported in the CPA Canada 2019 Holiday Spending Study. (Twenty-nine per cent of holiday gift shoppers plan to spend less this year due to the pandemic.)

The combination of pandemic relief and fewer opportunities to spend on discretionary items has helped Canadian households to pay down some consumer debt and enter the holiday season with more cash on hand. As reported recently by Statistics Canada, while the household debt ratio rose to 170.7% in Q3 2020, up from 162.8% in the second quarter, the ratio is still well below the $1.81 seen in the Q4 2019.

As CPA Canada reports, a big change for the holiday season in 2020 is how people plan to shop. While online shopping has been trending up in recent years, it appears that the pandemic may have boosted that trend.

“For many of us, the holidays are traditionally synonymous with major sales and crowded malls,” explains Doretta Thompson, CPA Canada’s Financial Literacy Leader. “Last year, 45 per cent of shoppers planned to do the majority of their holiday shopping at bricks and mortar stores. When we were conducting this survey in October, only 30 per cent planned to do the majority of their holiday gift shopping in-store and, given the deteriorating pandemic situation in many parts of the country, that number may now be optimistic for in-person shopping.”

The survey also reveals that one in three respondents will do the majority of their holiday gift shopping online, compared to less than one in five the previous year. Many respondents are still interested in sales though, with 58 per cent of Canadians aiming to shop during major sales, such as Black Friday, Cyber Monday and Boxing Day, as compared to 63 per cent in the prior year.

Changes to holiday travel and entertainment

Will pandemic debt require raising taxes and spending cuts in the future?
Business