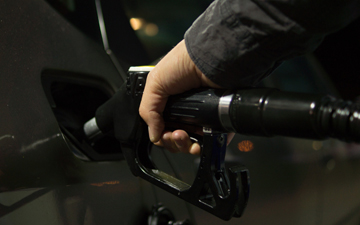 The price of Western Canadian Select (WCS) — the benchmark price of oil from Canada’s oil sands — fell to a low as US$14 a barrel in October and November 2018. The last time oil prices weighed so heavily on the mind of corporate Canada was in Q4 2016, when prices were the foremost concern of respondents.

Pessimism about the national economy over the next 12 months rose to 35 per cent among respondents, up from 28 per cent in the previous quarter, and is significantly higher than a year earlier when pessimism stood at 16 per cent in the final quarter of 2017. Optimism sits at 26 per cent; its lowest level since 2016 and is down sharply from 48 per cent in Q4 2017. The number of respondents who are neutral about the economy’s prospects sits at 39 per cent.

Good for the public, bad for business?

The top three challenges to the Canadian economy cited by survey participants are protectionist trade sentiment in U.S. (18%); uncertainty surrounding the Canadian economy (15%); and oil prices (12%). Protectionism south of the border has been a mainstay of the survey since the election of President Donald Trump.

That number actually fell from a high of 39 per cent in Q2 2018, amidst North American Free Trade Agreement negotiations, before the signing of the new USMCA. The pact is currently imperilled in Congress, as both Democrats and Republicans say it has little chance of passing without significant changes.

In December 2018, the Canadian unemployment rate hit its lowest level in more than 40 years, the first time since Statistics Canada began measuring comparable data. The lack of skilled workers is also weighing on corporate Canada’s mind, rising to the fourth largest concern, at nine per cent. What may be good for the majority of the Canadian public — plenty of jobs and cheap gas — is not necessarily a benefit to the national business outlook.

While running much higher than how survey respondents view the country’s economic outlook, company optimism is down to 49 per cent from 61 per cent a year ago. There are also fewer positive projections around revenues, profits and employee numbers:

Looking forward, the top priorities cited by survey participants for their own businesses in 2019 are: increasing sales within Canada (21%), reducing costs (16%) and, tied at 13 per cent, attracting/retaining employees and improving productivity.

Almost eight in ten (77 per cent) of those surveyed for the latest CPA Canada Business Monitor think the federal government should use the upcoming budget to set a date for a return to a balanced budget.

More than half of the Canadian business leaders (58 per cent) believe the promised review of Canada’s regulatory system made in the federal government’s Fall Economic Update would be helpful. The government promised to work with stakeholders to deliver a “simpler, clearer and more modern regulatory system” that continues to protect Canadians’ health and safety and the environment.

There is even stronger support among those surveyed for a comprehensive review of Canada’s tax system with almost four in five (79 per cent) of respondents thinking it is required and 66 per cent calling for political parties to make prioritizing that review part of their 2019 federal election campaign platforms.

Among the perceived benefits of a comprehensive review of the tax system:

“The government took several steps to improve business investment in the Fall Economic Statement, but further actions can still be taken to strengthen Canada competitively and support sustainable economic growth,” says Thomas. “As optimism in the economy softens, Canadian business leaders are looking for a federal fiscal plan that charts a return to budgetary balance and addresses other factors contributing to economic uncertainty.

“Business executives are among the many groups wanting the government to signal its intention to review the country’s tax system; if not the government, then one of the other parties during the coming election.”

By Canadian Accountant staff. With files from CPA Canada.

A new, global survey by the ACCA and IMA finds surprising optimism among Canadian accountants