Here's a radical idea: Slash or temporarily eliminate business taxes if you truly want to juice the economy 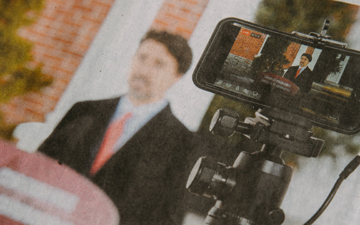 Ottawa is shopping for high-priced “big ideas” to restart the economy but maybe what we actually need is a simple plan that could give a big break to every business in the country.

Unsurprisingly, it turns out Ottawa’s big-ideas-generating process involves putting out a $3.7-million tender to 20 large accounting firms, with the winner committing to provide a “sectoral analysis to support government/industry collaboration on economic stabilization and resiliency.” In plain English, the government is looking for fresh new ideas about how government and business can work together to get the economy moving again. Sounds uncontroversial, until you consider the rather large unstated assumption: that helping the economy must necessarily involve an ever-closer embrace between favoured businesses and governments, rather than some long overdue physical — and fiscal — distancing.

Perhaps the government should contemplate the possibility that the best way forward won’t be found in a pricey, jargon-filled report or from another panel of self-interested industry executives or an umpteenth corporate welfare slush fund — do we have a Super-Duper Mega-Cluster Innovation Fund yet? — funnelling billions of taxpayers’ dollars straight into the pockets of the most politically connected corporations employing the most expensive Ottawa lobbyists.

Maybe they could consider a simple but radical idea. Ottawa could just make it easier for businesses — all of them — to turn a profit. It could drastically cut, or even temporarily eliminate, business taxes.

Think about it. If the economy needs stimulus, who is better placed to know where that money is best invested: businesses, with actual skin in the game — or politicians and bureaucrats who pay no price for being wrong?

If we’re going to try something we’ve never tried before, to overcome a challenge we’ve never faced before, why not empower every business in the country, instead of a small cabal of political decision-makers? Why not harness the power of incentives across the entire economy?

First, it would do away with the contentious game of picking winners and losers, business by business and sector by sector. There would no longer be any need to decide whether it’s more important to subsidize making airplanes or producing oil (or winter coats or hockey sticks) or whether being located in Medicine Hat, Alta., or Thunder Bay, Ont., or Charlottetown should net you the handout. Every business would pay less — or no —  tax. Full stop.

Second, the well-intentioned process of consulting the private sector inevitably falls prey to the natural bias of incumbent businesses who conflate their own interests with what’s best for the whole economy. And how could they not? No sane business would be interested in aggressively pushing for an environment that would increase the odds that some new upstart entrants will grow into innovative competitors, even if that result might actually create more total jobs and benefit the vast majority of Canadians. Broad-based tax reductions, by contrast, make no distinction between incumbents and challengers.

Canada’s longstanding, convoluted approach of having government wade knee-deep into the economy was not working before this crisis and there is no reason to believe it will work after. If the government wants to do something truly innovative, it should try something it actually hasn’t tried and failed at countless times before. It can offer dramatic, big, across-the-board tax relief for business — and then just get the hell out of the way.

Aaron Wudrick is federal director of the Canadian Taxpayers Federation. This Op-ed appeared first in the Financial Post on June 2, 2020.

Those who don’t remember tax history are doomed to repeat it, says David Rotfleisch
Thought Leaders

Could COVID-19 turn Canadians from debtors into savers?