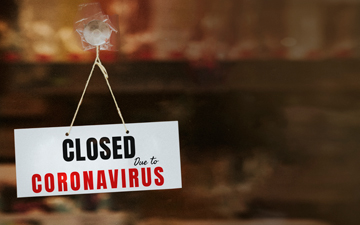 Parts 1 and 3 are likely to be of most interest to tax practitioners. Part 1’s amendments to the ITA and ITR implement extensive changes to the CEWS, retroactive to July 5th. The changes are complex, and appear to be aimed at removing the all-or-nothing 30% revenue decline threshold for employers. Concurrently, the new weekly maximum eligible remuneration amount per employee has been increased to $1,129 from $847. Other changes fix certain issues with the legislation, which were identified through consultations with employers (such as provisions for amalgamated corporations or those using payroll service providers).

Part 3 of Bill C-20 implements wide-ranging changes to Tax Court deadlines and would also extend other deadlines at the discretion of the Minister of National Revenue. It is possible that further changes will follow by Ministerial Order; in this regard, specific deadlines in federal taxation legislation have already been identified as permissible.

Updates to the CEWS

The ITA amendments provide for employers experiencing any revenue loss to qualify for the CEWS. Employers will now be paid amounts proportionate to their revenue losses as subsidy amounts (rather than receiving a flat subsidy amount). A new “top up” is available to employers that have been hit particularly hard by the COVID-19 pandemic.

Several new terms have been introduced in the new CEWS legislation:

The sum of the baseline percentage and the top-up percentage will now be used to calculate the subsidy amount payable to the employer per employee. The intent appears to be to consider previous months’ performance as an indicator of how poorly a business is doing.

The amendments to the ITA propose new CEWS claim periods and baseline percentages, as outlined in the following table.

The baseline multiplier and the resulting baseline percentage decline as periods progress, ranging from a maximum of 60% to a maximum of 20% in claim period 9.

The wage subsidy amount that can be claimed for each arm’s length employee has been revised as follows for Period 7 onwards (i.e., for September 2020 – November 2020):

Transitional rules apply for the 5th and 6th claim periods (i.e., for July 5th until August 29th) such that employers who would be better off under the previous subsidy calculations may elect to do so. Moreover, employees who are on leave with pay benefit from more favourable treatment (which may be reflective of the Government’s intention to transition workers from the Canada Emergency Response Benefit, or CERB, to CEWS).

Other Changes to the CEWS

Other substantial changes to the CEWS which were introduced by Bill C-20 include:

Bill C-20 also implements The Time Limits and Other Periods Act (COVID-19), which would suspend most federal time limits established under Acts of Parliament for the period starting March 13, 2020 and ending September 13, 2020 (unless an earlier day is fixed by the Governor in Council). This would apply to the following deadlines at the Tax Court of Canada:

Further, the Minister responsible for an Act may make an order suspending or extending a time limit or other periods established by any of the Acts, Provisions or Regulations listed within the schedule to the Act (including the Income Tax Act and Excise Tax Act). The total duration of a suspension or extension must not exceed six months, and said extensions or suspensions cannot continue after December 31, 2020. Ministerial orders may be retroactive and may include provisions respecting the effects of a failure to meet a deadline before the order was made, so long as the dates are not before March 13, 2020.

The Minister of National Revenue may, upon issuing Orders, update the following deadlines under the Time Limits and Other Periods Act (COVID-19):

Some deadlines affecting taxpayers (i.e., the ten-year deadline to request interest relief) cannot be extended under this legislation. Moreover, most of the potential extensions (other than those applicable to the Tax Court of Canada) will depend on the Minister issuing an Order — whether these extensions are favourable to taxpayers (eg., in respect of deadlines to file appeals) or to the Canada Revenue Agency (primarily, deadlines to reassess). Fairness would require that both parties are treated equally — but by virtue of excluding certain deadlines important to taxpayers, it would appear that the proposed legislation leans towards favouring the CRA.

Bhuvana Rai is a senior associate and member of the Tax Group in the Ottawa office of Borden Ladner Gervais LLP.

Accounting practitioners are under pressure during the current pandemic to meet their clients' needs. Clearline Consulting has COVID-19 practice-related resources to mitigate risk
Thought Leaders

Those who don’t remember tax history are doomed to repeat it, says David Rotfleisch
Practice