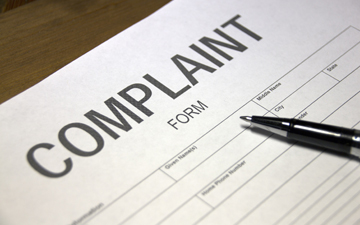 TORONTO – Even small engagements can lead to big legal problems for Canadian accountants in public practice. Standard form engagement letters do not always protect accountants in the event of a dispute. Without any confirmation of the terms of engagement, practitioners may find themselves fighting an uphill battle if there is a disagreement later.

There are two reasons judges and conduct investigation committees often believe the client if there is no written record of the terms of engagement. The first is accountants have more clients than clients have accountants — the accountant may have more difficulty recalling what was discussed in a particular case.

The second is accountants are generally seen as having responsibility for documenting the terms of engagement. A client should not suffer if there is confusion arising from the accountant’s failure to do so.

There are seven ways you can protect yourself legally when preparing engagement letters:

1.  Confirm the scope. If you are not sending an engagement letter or confirming anything else in writing, then, at the very least, send an email to confirm the scope of your work. Say what it is you are doing and, if appropriate in the circumstances, things that you are not doing. The more disorganized the client, the greater the risk of genuine or conveniently feigned confusion.

Many lawsuits against accountants and complaints to provincial regulators could have been avoided with this simple step. I have seen more than one case, for instance, where the accountant agreed to prepare corporate tax filings and the client later claimed that the accountant was also supposed to do GST/HST/PST filings. The accountant can end up paying penalties and interest to the Canada Revenue Agency on behalf of delinquent clients.

2.  Identify the client. It is very important to confirm who the client is in the unusual case where the answer is not clear. If retained by members of a group of related companies, the client members should be explicitly identified. If it is expected that your work or advice may be relied upon by multiple parties you should clarify where the client relationship lies.

It is also useful to clarify who you are reporting to and receiving instructions from within management. This can be especially helpful if there is a dispute and competing shareholders are both giving you instructions or demanding disclosure.

3.  Confirm your fees: Regulators generally prefer not to become involved in disputes about the reasonableness of fees. That is a matter better suited to the courts. However, accountants owe a professional obligation around fee quotations and billings, including an obligation to provide an appropriate explanation of the basis of billing. Don’t let a commercial issue become a professional conduct one.

4.  Record the details of your deadlines: If you are agreeing to a deadline, be explicit as to any time limit for client deliverables required in order to meet your own deadline. It is also useful to state specifically what those deliverables are, particularly in the case of an unsophisticated client.

5.  State the intended use of your product. Canadian case law establishes that intended use statements reduce liability. The typical scenario is the preparation of audited financial statements which are generally considered to be intended for use by shareholders in holding management to account. The courts will generally determine that an auditor is not liable, for example, to prospective investors who rely on audited financial statements as a basis for making an investment decision.

If the financial statements or other work product is intended for use by a bank, specify which bank and for what purpose. Quantify the amount of money expected to be at issue.

7.  State a limitation on liability. Courts will usually enforce a reasonable limit as well on the amount for which an accountant may be liable in the event of negligence. Enforcement of these provisions is significantly more likely when dealing with sophisticated clients with bargaining power. Enforcement is also more likely if the limit on liability is not vastly lower than the damages that could be anticipated in the event of a negligent error or omission.

Engagement letters are your opportunity to set the parameters of your client relationship and limit your legal liability. Lessen the likelihood of appearing in court or before a professional conduct committee by using these seven legal protections.

Investors can rely on a report without ever seeing it, says professional liability lawyer James Lane
Opinion

What does the new review engagement standard mean to your firm and clients? Like any good question in the accounting profession, the answer is "it depends"
Practice