Are you ready for your CEWS audit? 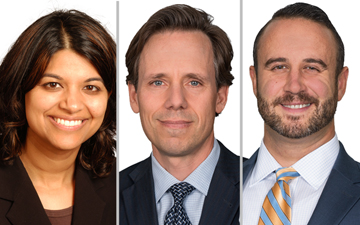 The Canada Emergency Wage Subsidy (CEWS) program is by now well-known. It was introduced by the federal government on March 15, 2020, and pays a qualifying employer adversely impacted by the COVID-19 pandemic up to 75 percent of its employees' eligible remuneration. The basic idea is to provide subsidies to certain Canadian employers who experienced a drop in revenue due to COVID-19 in order to encourage them to retain (or re-hire) their workers until normal operations could be resumed. It appears that many employers took the government up on their offer because, as of January 10, 2021, over 2.1 million CEWS applications had been received and nearly 99 percent were approved. To date, nearly $57.8 billion in subsidies had been paid out.

However, with this amount of emergency government largesse comes the inevitable reckoning. The Canada Revenue Agency (CRA) has already begun to aggressively audit employers who received the CEWS, and it is demanding copious amounts of documentation and information, often on an expedited basis. Accordingly, to minimize the risks of an unfavourable result, employers are encouraged to prepare for these audits now, before the CRA comes banging on their doors. Previously, we wrote on what the consequences may be of errors or ineligibility in a CEWS application, including repayment of the subsidy with interest, monetary and criminal penalties for false statements and director liability (among others).

In this blog, we review the CRA's current approach to such CEWS audits and provide insights on how to manage the process with a minimum of unnecessary risk and disruption.

The CEWS was implemented via amendments to the Income Tax Act. Technically, the subsidy is deemed to be an overpayment of a qualifying employer's tax liability under Part I of the Income Tax Act and is then promptly "refunded" to the employer by CRA on that basis.

Under the Income Tax Act, taxpayers are required to retain detailed books and records containing sufficient information to enable the determination of the taxes and other amounts payable, withheld, collected or deducted by the particular taxpayer. This would also cover amounts paid or refunded to a taxpayer, such as the CEWS. With respect to enforcement, the CRA has a correspondingly broad authority to inspect, audit or examine such books and records, as well as the power to (among other things) enter into a taxpayer's premises or place of business or require the owner or manager of a business to answer questions relating to taxes. Accordingly, the CRA's audit powers are extremely broad and they can generally require that a taxpayer provide a slew of documents and answer detailed questions relating to tax matters.

As mentioned above, the CRA has now begun to audit employers in respect of the CEWS benefits they received just last year. While it appears that large employers are at the top of the CRA's audit list and the audits are said to be "limited in scope", all employers who received the CEWS should anticipate and prepare for a potentially extensive audit, with copious information and documentary requests and a relatively short timeline for response (sometimes as short as two weeks).

Based on what we are seeing, the list of books, records and documents that the CRA is requesting for review and audit include the following:

After paying out $58 billion in emergency CEWS amounts over a short period of time, it is unsurprising that the CRA now wants to make sure the money was well-spent. However, the breadth, aggressiveness and timing of the CRA's current audit initiative could be an eye-opener to many CEWS recipients.

Consequently, employers that have received CEWS benefits should get ready to defend their position. If they have not assembled detailed CEWS-related financial and employee records, now is the time to take proactive measures to minimize the risk of a prolonged and/or unfavourable CRA audit. Additionally, it is important to remember that not all books and records of a taxpayer need be given to the CRA (for example, any documents or communications that are subject to solicitor-client privilege are not subject to disclosure) and there are legal options for dealing with overbroad or unreasonable audit queries.

Accounting practitioners are under pressure during the current pandemic to meet their clients' needs. Clearline Consulting has COVID-19 practice-related resources to mitigate risk
Thought Leaders

Those who don’t remember tax history are doomed to repeat it, says David Rotfleisch