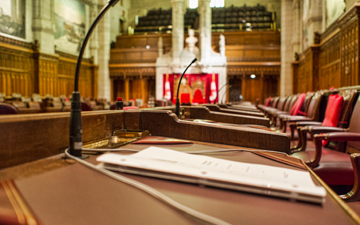 MONTREAL – We expected the federal budget of April 7 to close down aggressive plans that circumvent classification as a Canadian-controlled private corporation (CCPC) and avoid Canadian tax on investment income.[1] And close down those scams it did, with the proposed introduction of new rules for “Substantive CCPCs”. However, an analysis of these proposals must wait for another day. This article discusses another budget measure that was not expected — a broadside against CCPCs (including Substantive CCPCs) with controlled foreign affiliates (CFAs) including, but not restricted to, CFAs earning foreign accrual property income (FAPI).[2]

These new measures add another layer of complexity to the tax rules that small business owners must grapple with, and it is not clear whether there is much tax revenue at stake. The rules will apply to taxation years of CCPCs beginning on or after April 7, 2022.

Assume that an individual resident in Ontario is in the top rate bracket. If she earns investment income such as interest or rentals from real estate, she is taxed at a rate of 53.53 per cent. If, on the other hand, she forms a CCPC and the CCPC earns the income, it will be taxed at a rate of 50.17 per cent.[3] However, the results may be quite different if the CCPC forms a CFA, and the CFA earns the income instead.

Under Canada’s FAPI rules, investment income is taxed to the shareholder (in this case, to the CCPC) in the year the income is earned. To avoid double taxation, a deduction applies based on the amount of foreign tax that was paid. For example, assume that a CFA earns $1,000 of income and pays foreign tax of $250. The CCPC is taxable on the income, but is also entitled to a deduction for the amount of foreign tax multiplied by a “relevant tax factor” (RTF) of 4. So $1,000 of FAPI less a deduction of $1,000 (four times the foreign tax of $250) means there is no net FAPI to the CCPC, and no Canadian tax. The tax in the year the income is earned is therefore reduced to 25 per cent in this example.

The multiple of 4 that applies to a Canadian corporation with CFAs is based on a presumptive Canadian corporate tax rate of 25 per cent (this is about right for non-CCPCs — for example, a non-CCPC based in Ontario pays tax at a rate of 26.5 per cent). However, CCPCs (including the new Substantive CCPCs) pay tax at a rate of 50.17 per cent on investment income, and an RTF of four is much too generous in these circumstances.

The budget therefore proposes to use an RTF of 1.9 in computing net FAPI if a CFA is held by a CCPC, the same factor that applies today if a Canadian-resident individual owns a CFA directly.[4] Here’s an example.[5]

Ms. A owns 100 per cent of a CCPC which in turn owns all the shares of a CFA. The CFA operates a real estate rental business in the United States, and the assumed combined U.S. federal and state tax rate is 26 per cent. Before the budget, there would be no tax to the CCPC in the year the FAPI is earned, and so the immediate tax (before dividends are paid to the CCPC and then to Ms. A) is 26 per cent.

The results post-budget are quite different. As shown in Table 1, there is additional Canadian tax to the CCPC using an RTF of 1.9, and the combined U.S. and Canadian tax increases from 26 per cent to about 51.4 per cent.

Tax results when dividends are paid

The analysis does not end there: at some future time, the CFA will pay cash dividends to the CCPC, and the CCPC to Ms. A.

Under the new rules, CCPC will add an amount to its capital dividend account (CDA) when it receives dividends from the CFA (the CDA addition is $234 in our example). While CCPC can therefore pay some tax-free dividends to Ms. A out of the CDA, tax elections must be timely filed. The payment of the remaining cash as taxable dividends results in a refund of taxes to the CCPC out of its non-eligible refundable dividend tax on hand account (NERDTOH), as well as personal tax to Ms. A.[6] When the smoke has cleared, the combined corporate and personal tax is about 55.3 per cent, not very different from the pre-budget result. In short, the purpose of the new rules is to capture additional tax in the year the FAPI is earned and eliminate the deferral advantage.

A solution in search of a problem?

The issue these rules address is not the avoidance of tax by using tax havens. In fact, if the CFA pays zero foreign tax, the CCPC will be taxed on the FAPI in the year it is earned at a rate of 50.17 per cent, and the budget does not change that result.

Under pre-budget rules, the savings result from stashing fixed-income investments in a country with a tax rate as close to 25 per cent as possible. My guess is that very few taxpayers were playing this game.

The real culprit may be none other than Donald Trump. The U.S. federal corporate tax rate used to be 35 per cent, or about 40 per cent on average when state taxes are added. This level of tax eliminated any FAPI taxation, but given the fact that immediate U.S. tax was being paid at about a 40 per cent rate, Finance may not have been terribly fussed.

However, in 2017, the U.S. Tax Cuts and Jobs Act was signed into law. Among many other things, the legislation reduced the U.S. federal corporate tax rate to 21 per cent (about 26 per cent once state tax is added). With an RTF of four, there should still be no Canadian FAPI tax on FAPI. It is this tax cut that may prompted Ottawa to act.

As noted, these new FAPI rules apply immediately — to taxation years beginning on or after the budget date. Others will provide many more analyses of the rules in the coming weeks and months. However, small business owners and their advisors should get up to speed on the rules as quickly as possible, and consider whether existing structures require change.

[1] For an analysis of these plans, see “The latest Canadian tax scam has a Caribbean flavour”; Allan Lanthier; The Canadian Accountant; January 21, 2022.
[2] The term FAPI is defined in subsection 95(1) of the Canadian federal Income Tax Act (referred to herein as the “Act”). In addition to FAPI, the new rules will impact other areas, for example the receipt of foreign affiliate dividends from “hybrid surplus” (hybrid surplus arises when a foreign affiliate realizes a capital gain on the disposition of shares of another foreign affiliate that are “excluded property”).
[3] As explained in a previous article (supra, footnote 1), the combined corporate and personal rate will increase to 57.93 per cent when the CCPC pays cash dividends to the shareholder.
[4] The RTF of 1.9 means there will be a net FAPI inclusion to the CCPC, unless the foreign tax rate is at least 52.63 per cent (52.63 per cent times 1.9 equals 100).
[5] All amounts in this article are expressed in Canadian dollars, and the analysis assumes that there are no differences in the computation of FAPI versus net income under U.S. tax rules.
[6] Other proposed changes include the elimination of additions to the “general rate income pool” for deductible dividends received from foreign affiliates (clause E of the definition of GRIP in subsection 89(1) of the Act).

Allan Lanthier is a retired partner of an international accounting firm, and a former advisor to both the Department of Finance and the Canada Revenue Agency.

Allan Lanthier: The resolution of a Quebec tax dispute is now in the hands of the Supreme Court, which has recently been taxpayer-friendly
Thought Leaders