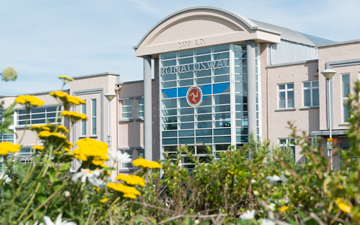 In my tax practice I deal with voluntary disclosure files on a daily basis and I have submitted well over a thousand such files over the years. The deal offered to KPMG's clients is the deal I would have expected had I acted for them

REPORTS by the CBC in 2016 that the Canada Revenue Agency had entered into “secret” deals with “high net worth” clients of KPMG over an Isle of Man tax “sham” seemed scandalous and shocking to many Canadians. The investigative reporting led to a federal finance committee hearing and allegations of special treatment for the wealthy. In fact, the deal was business as usual and followed the CRA’s policies for voluntary disclosure.

In my tax practice I deal with voluntary disclosure files on a daily basis and I have submitted well over a thousand such files over the years. The deal offered to KPMG’s clients is the deal I would have expected had I acted for them.

The CRA agreed not to prosecute or charge penalties to those KPMG clients who accepted the CRA offer. The clients agreed to pay their back taxes and interest on their offshore investments.

So how did all this come about?

The CRA discovered that some Canadians had participated in an Isle of Man structure designed to indefinitely continue a tax holiday then available to new immigrants. It alleged the structure — set up and marketed by KPMG — was a tax scheme, a transaction entered into for the sake of avoiding tax through a misappearance of the facts.

However — and this is key — at the time the deal was negotiated, the CRA did not have the names of those Canadians. It went to court to force KPMG to reveal the names.

By its own rules, the CRA had to accept the voluntary disclosure application.

The case of the eBay powersellers

In 2008, the CRA asked eBay Canada to disclose the names of all the website’s registrants who consistently sold a significant volume of items, which eBay calls “powersellers.” The CRA wanted to audit the powersellers to ensure they had reported their eBay income.

Ebay fought this requirement in court and eventually lost. However, in the interim, we at Rotfleisch & Samulovitch did voluntary disclosures for many powersellers and they were accepted. Had they been refused by the CRA, we would have gone to court to seek an order requiring it to accept the disclosures, and I fully expect we would have won.

The KPMG Isle of Man situation is the same.

Since the CRA did not have the names of the offshore participants it was proper for KPMG to negotiate a voluntary disclosure on a no-names basis and for the CRA to have accepted this no-names disclosure. In fact, had they not done so, I would have expected KPMG to go to court to try to force them to do so.

The deal also required KPMG’s clients to accept that the offshore structure did not work and that all income had to be taxed personally to the individuals. This is a clear and easy win for CRA.

While the CRA may have strong evidence to support an evasion argument, the structure was put in place by experienced tax planners — it may well have withstood a CRA challenge. If it had lost that fight in court, not only would the CRA have lost the tax revenue, it might very well have been liable to pay a large percentage of the clients’ legal fees.

The amnesty was far from a sweetheart deal. It was in full compliance with CRA guidelines and was probably a good deal for the rest of us taxpayers.

David J. Rotfleisch, CPA, CA, JD, is the founding Canadian tax lawyer of Rotfleisch & Samulovitch, P.C., a Toronto-based boutique income tax law firm (Taxpage.com). With over 30 years of experience as both a lawyer and chartered professional accountant, he has helped start-up businesses, resident and non-resident business owners and corporations with their tax planning, with will and estate planning, voluntary disclosures and tax dispute resolution including tax litigation. Contact David at david@taxpage.com.

What does the new review engagement standard mean to your firm and clients? Like any good question in the accounting profession, the answer is "it depends"
Thought Leaders