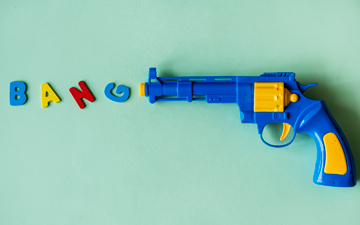 The more risk factors a taxpayer has, the greater the odds of being audited

TORONTO – Sometimes a taxpayer is randomly selected for an audit. It's like winning the worst lottery in the world, and there's nothing you can do to change that. But apart from a random tax audit, the odds of being targeted for an audit are dependent on a variety of risk factors.

Below are the 20 tax audit triggers which increase the odds of being audited by the CRA. They are in no particular order:

If the taxpayer receives T4 income, the odds are that sufficient tax has already been withheld at source. Taxpayers earning T4 income are generally low-risk and they generally receive tax refunds every spring. The Canada Revenue Agency likes low-risk and generally focuses attention on high-risk taxpayers.

Self-employed individuals do not have taxes withheld at source. Their tax is more likely to have been incorrectly reported than in the case of a T4 employee. For the CRA, this group is a great category to target.

Business people present a risk of incorrect reporting and underpayment. So being self-employed is an important risk factor for an audit.

3. Being in a certain industry

A tax audit may occur for no other reason than the taxpayer's industry. Certain industries are targeted by the CRA because there is a large number of cash transactions, such as the restaurant and construction industries; other industries are audited from time-to-time in special projects to help recover missing HST and income tax dollars. There are HST projects addressing missing trader scams which have occurred and are ongoing in a variety of industries, such as employment and gold, and which have caused the disappearance of hundreds of millions of tax dollars.

4. Higher expenses than others in industry

The CRA computer matches and compares many pieces of taxpayer information. If a taxpayer sticks out, they can expect to be audited. If a restaurant declares 15% cash sales and all its neighbours are showing 24-28% cash sales, this is a red flag.

If a taxpayer's business has repeatedly shown a loss, and if in particular, this loss was used to offset other gains or earnings, one can expect the CRA to come calling eventually. If the taxpayer is unable to demonstrate to the CRA that they had a "reasonable expectation of profit," then they can be denied all their expenses.

If a taxpayer has requested that the CRA process adjustment requests which serve to reduce their taxable income or HST payable in a material way – especially if they are requesting a refund – they should expect to be audited. Before the Canada Revenue Agency makes an assessment which would change a tax payable to a tax refund, it must be certain of the correctness of the adjustment. For this reason, many adjustment requests are sent to the CRA tax audit department before resulting in a reassessment.

7. Audit of a related party

There is nothing that can be done to minimize this risk factor. Unfortunately, the more businesses and taxpayers that a particular taxpayer is involved with, the greater likelihood of a CRA audit.

If a taxpayer lives in a $4 million dollar house and is surrounded by taxpayers who earn $250K + per year, and they consistently report $30,000 of annual income, they can expect to get audited. Similarly, if a taxpayer has a lifestyle which appears to be incongruent with their declared income, this too is a risk factor.

Take for example a client we had who was a recent immigrant. He supported his family of seven on a single income of about $40,000 per year. Amazing but true! According to the CRA and Statistics Canada this was impossible. This is why he was audited. We eventually invited the auditor to dinner to show how our client was able to make this happen. The auditor declined the invitation. The taxpayer eventually supported his position.

Bottom line: taxpayers whose standard of living does not match their declared income are at a higher risk of being audited.

Vehicle expenses are often arbitrarily determined. When preparing their tax return, often times taxpayers and their accountants pick a reasonable number for vehicle expenses based on an estimate of the percentage of the vehicle usage used for business purposes. Few taxpayers actually keep a log of every trip. This means that few taxpayers can prove to the CRA auditor with absolute certainty, the relative use of the vehicle between personal and business purposes. This makes tax auditors happy. It makes it easy for them to deny vehicle expenses, and this increases the size of their reassessments.

Moral of the story: keep detailed logs to support your vehicle expense claims.

The CRA loves auditing home office expenses. Home office expenses are often arbitrary and over-declared. Some people inappropriately include a percentage of their cleaning, snow clearing, and landscaping costs. The CRA knows this.

People often times overstate the percentage of their home which is dedicated to business use. Entire basements have been claimed to store a small piece of equipment. We have seen kitchens being claimed because when the taxpayer had guests to his home office, he prepared drinks and food for the clients in his kitchen. CRA auditors have seen it all and they know what to look for.

Home office expenses are low-hanging fruit for the auditor.

So if a taxpayer is declaring home office expenses which appear to be large compared to the overall costs of running the home or in comparison with others in the industry, there is an increased possibility of an audit.

All business profits are subject to taxes. This includes both legitimate and illegal businesses. As far as the CRA is concerned, if you are earning income you should pay taxes. Period.

So if a taxpayer is accused of or convicted of a crime and the CRA learns about the illegal business which was taking place, they often audit and reassess the taxpayer for taxes on the proceeds of crime – whether or not the taxpayer still has such proceeds. And the problem often times becomes proving the expenses. We don't suppose drug lords send receipts with the shipments of drugs.

And remember, when a taxpayer is audited for charitable contributions, they must be able to present the official charitable receipt. This is one of the very few circumstances in the law where a taxpayer has to present an actual receipt upon request.

Shareholder loans which are not repaid within a year after the year-end of the corporation are often audited, as are those loans where the shareholder took revolving loans from the corporation, paying each off just prior to the deadline and then taking a new loan.

Many taxpayers are audited because of informant tips. And if the tip relates to offshore tax evasion, the informant may earn a reward.

Moral of the story: taxpayers who are cheating the system should not count on staying under CRA's radar, and they should similarly be careful about who has incriminating evidence which could be reported to the CRA.

Parties who may be subject of informant tips may also want to avail themselves of the Voluntary Disclosure Program which can help them avoid prosecution and possibly penalties depending on the circumstances.

The Canada Revenue Agency compares many things, and when there are discrepancies, it is a red flag for the CRA.

One discrepancy in particular leaves taxpayers with a marked increased likelihood of an audit, and that discrepancy is between figures on a GST/HST return and the figures on a T2 return. If the two tax returns don't match, the CRA will likely have some questions.

Employees who are issued a T2200 form by their employer are entitled to deduct certain employment expenses from their income. Perhaps the employee has to pay for their own vehicle to travel to sales calls, or perhaps they have to maintain a home office. As long as the employer requires that the employee pays these expenses in respect of their job, they likely can be deducted from income.

Since this is an abused area (each expense is paid for with pre-tax dollars and reduces the overall tax paid by the taxpayer) the CRA audits many employees with the T2200 to ensure that a) their form is properly completed and may be used to deduct the expenses in question and b) each of the expenses claimed was legitimate and for the purposes of their employment, as outlined in the T2200.

As long as there are taxes there will be individuals and organizations selling (and conning) taxpayers into participating in tax schemes to reduce taxes. Some of these schemes are outright frauds, while others have no fraudulent intent, but for one reason or another fail.

The Canada Revenue Agency actively and aggressively audits taxpayers who are involved in a tax shelter, a gifting program, or any other tax scheme.

In many circumstances, taxpayers are able to receive refunds and benefits from these programs for several years prior to the CRA reassessing. And since they get their refunds, taxpayers often get their friends, family and co-workers involved.

In such a scheme, a taxpayer may receive tens or hundreds of thousands of dollars of CRA refunds to which they were never entitled only to have the CRA come back and audit and reassess years later, along with gross negligence penalties and interest. $100,000 in illegitimate refunds can turn into more than $200,000 once penalties and interest and the passage of time have been taken into consideration.

The rule of thumb is that if it appears too good to be true, it is.

Many taxpayers are not sure of whether prior audits are a risk factor for future audits. The answer is, "it depends."

If the CRA keeps coming back and re-auditing, and there are errors and omissions which are routinely uncovered, then yes. If you didn't do a great job during your prior audit, and the CRA found a lot of money owed / undeclared revenue / etc., then the odds are higher that the CRA will come back and audit again. However, if the results of an audit didn't uncover any non-compliance, or just a few hundred dollars of errors, the odds are lower that the taxpayer will get audited again.

Dale Barrett is the managing partner of Barrett Tax Law, founder of Lawyers & Lattes Legal Cafe, author of Tax Survival for Canadians and the editor of the Family Law and Tax Handbook. He is also a frequent tax lecturer, primarily for accountants. This article was originally published on the Lawyer's Daily.