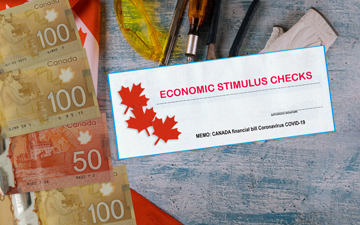 JEOPARDY orders are integral to the Canada Revenue Agency's ("CRA") collections arsenal. This article provides a general overview of jeopardy orders, reviews the Federal Court decision in 114214171 where one was granted and finally provides a practice tip to help avoid them.

Jeopardy orders permit the CRA to take immediate collection actions, despite the collections restrictions imposed by the Income Tax Act. The order is obtained on an ex parte application, which means that only counsel for the Minister of National Revenue ("Minister") appears before a Judge in Federal Court, without the taxpayer being represented or even notified of the application. The Minister is required to make full and frank disclosure of all relevant and material facts in her Court filings. Essentially, the Minister must persuade the Court that there are reasonable grounds that collection would be jeopardized by any delay.

Case law has held that one or more of the following factors may justify a jeopardy order:

In the 11421417 case, the sole issue was whether a jeopardy order should be granted to permit immediate collection actions against 11421417 Canada Inc. ("Corporation"). In determining whether to grant a jeopardy order, the burden of proof used by the Court was that "evidence demonstrating a bona fide belief based on credible evidence in a serious possibility that the granting of a delay to the taxpayer would jeopardize the collection of the debt, which is a lesser burden of proof than that of the balance of probabilities."

The background facts, which were egregious, may be summarized as follows.

Just over six months after being incorporated, the Corporation made six Canada Emergency Rent Subsidy ("CERS") claims with the CRA. CERS was a federal rent subsidy program designed to provide emergency financial assistance to commercial tenants to alleviate challenges caused by the pandemic. The Corporation's claims were for rent subsidies for four properties it said it rented for industrial purposes.

In response to its six claims, the Corporation received in aggregate over $480,000 from the CRA. These funds were all deposited into a single bank account. The bank apparently became suspicious and its Fraud Deterrence Department made enquiries, raised concerns and placed a temporary restriction on the account. As a result of these enquiries, the CRA sought additional information from the Corporation, including asking for copies of the lease agreements. The CRA contacted each of the ostensible landlords and they all said the Corporation was not a tenant. In view of this information, the CRA issued notices to the Corporation, denying the six claims.

The evidence put before the Court by the CRA also showed that the bank account was opened only one week before the sole deposit was made, that this one deposit was for the total amount of the six CERS claims, and that there were no other significant transactions in the account. Next, searches conducted by the CRA official revealed that the Corporation owned no real estate or motor vehicles. Furthermore, the Corporation made no tax filings (for corporate income tax, payroll remittance, HST or T4 information, or any records or filings for employees, if any). It had also not completed its required annual corporate filings for 2020 and 2021. Finally, aside from the one CERS deposit, the CRA had no further information about any assets or any business activity of the Corporation. Accordingly, it appeared the only thing the Corporation ever did was to receive that money from the CRA.

Unsurprisingly, given this fact pattern, the Court found there were reasonable grounds to believe the collection of the CERS claims would be jeopardized by delay. In what could be considered an understatement, the Minister's position was that the CERS claims were "not authentic". The Court held that this was amply supported by the record. Moreover, the evidence showed that, upon request by the Corporation, the bank had no legal basis to refuse to release the funds to the Corporation. In other words, the temporary restriction placed on the account by the bank did not necessarily stop the Corporation from liquidating or transferring the funds. The Court was accordingly convinced and issued a jeopardy order to allow for immediate CRA collection of the amount.

While this was an egregious case, the CRA may consider pursuing jeopardy orders in circumstances where taxpayers attract CRA attention by merely buying, selling or moving assets in the ordinary course of personal, familial or corporate undertakings. In a case where a taxpayer becomes concerned, based on interactions with a CRA collections officer, that the CRA may be preparing to seek a jeopardy order, it may be advisable to proactively provide a submission letter to the CRA collections officer, detailing all of the facts that would form a basis to oppose granting a jeopardy order. The submission letter could include an express request that it be put before the Court as part of any application seeking a jeopardy order. As noted above, because it is an ex parte Court application, the Minister has a positive obligation to make full and frank disclosure of all of the relevant and material facts relating to the application. In the right case, providing such a submission letter can therefore be an effective way to ensure the taxpayer's position is put before the Court as compellingly as possible.