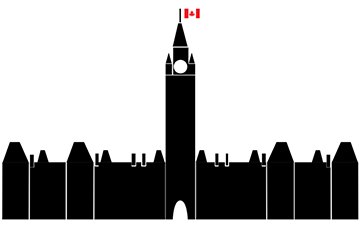 Three things everyone needs to know about the 2019 federal election

TORONTO – On October 21, 2019, Justin Trudeau's Liberal Party (the "Liberals") won a contested election as Canadians elected a minority government. A divided Canada, from the Conservative stronghold in the prairies, to the Liberal sweep in Toronto, promises an interesting second term for our Prime Minister. A minority government means that the Liberals must persuade others to vote with them — indeed the NDP will likely vote with the Liberals in terms of tax policy. Here are three things everyone needs to know regarding the tax changes proposed in the Liberal platform (the "Platform"):

Since the 2015 election campaign, the Liberals have promised to make life easier for middle-class Canadians. The Platform continues this pursuit with the promise to gradually increase the basic personal amount of income that taxpayers can receive on a tax-free basis. This tax cut will make the first $15,000 of income tax-free for people making less than $147,000 (with a tax savings of just under $300 per year). The amount will gradually decrease as income increases and for those earning over $215,000, there is no tax cut. To pay for these cuts, the Liberals are proposing a new tax on luxury items, eliminating tax breaks for high income earners and increasing taxes for large companies (see below).

Recall that in the 2019 Federal Budget, the Liberals proposed changes to the way stock options are taxed. My previous article discussed the release of legislation that placed a $200,000 annual cap on stock options granted by "large, long-established, mature companies" that are eligible for capital gains-like treatment. For employees of "start-ups and rapidly growing" Canadian businesses or Canadian-controlled private corporations, there would be no cap. For corporations, a new tax deduction would be available for the benefit arising from those stock options that are not eligible for capital gains-like treatment.

The tax community has expressed concerns with these proposals, including the meaning of the terms "large, long-established, mature" and "start-up", and we will see if the Liberals tweak the rules before they come into force at the beginning of 2020. Note that these new rules do not apply to other types of common compensation plans, including restricted share units, share appreciation rights or deferred share units.

To help pay for the personal tax cuts, the Liberals have also stated that they will place a restriction on interest-related deductions for corporations with interest expenses greater than $250,000 per year.

There was no greater issue in this campaign (other than taxes, of course) to the Canadian voter than the environment. In the Platform, the Liberals promised a two-pronged attack to try to stop climate change: (i) continue with the carbon tax; and (ii) incentivize corporations to perform climate-conscious activities. The carbon tax, which is currently in effect, applies a tax on fossil fuels increasing each year until 2022. It is paid by production and distribution companies, which pass on the costs to taxpayers (i.e., at the gas pump). Taxpayers are eligible for a rebate provided they claim it in their tax returns. The less Canadians buy gas, the more after-tax dollars they will have after the rebate.

The Liberals will seek to incentivize innovation by cutting tax rates in half for corporate income deriving from certain climate-conscious activities, including renewable electricity, production of renewable fuels and manufacturing zero-emission vehicles. For income coming from these activities, the small business tax rate would decrease from 9% to 4.5% and the general corporate rate would decrease from 15% to 7.5%.

Time will tell if having a minority government will impact the Liberals' ability to implement the above changes.

Katy Pitch is a tax partner at Wildeboer Dellelce LLP in Toronto. Image by Carlos Angulo from Pixabay.