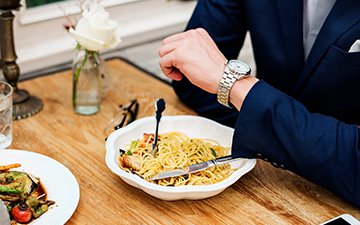 TORONTO – Following a reassessment raised on November 19, 2018, the defendant (Taxpayer) was denied business expenses claimed for his 2013 ($6,104), 2014 ($4,246) and 2015 ($3,929) taxation years. The most substantial of the claimed expenses were related to "meals and entertainment", "telephone and utilities" and "motor vehicle expenses". Financial records for these periods, however, showed that the Taxpayer's only business income during this three-year period was $50 in 2014. The Taxpayer justified his expenses by alluding to the fact that in 2010, he and his wife started a business selling juice products using a "multi-level marketing scheme". The Taxpayer testified that he and his wife would meet prospective recruits over coffee or a meal to discuss their potential participation in the business, therefore these expenses were required in order to succeed in such a business. The Taxpayer was however unable to provide records of the names of the candidates he tried to recruit, nor did he volunteer any names at the hearing. In addition, he testified that "whenever I had a meal that didn't involve a potential prospect, my wife and I talked about the business so that it could be included for tax purposes."

Was the CRA justified in disallowing expenses for the three years in question and was the 2013 reassessment valid, since it was issued after the expiry of the applicable three-year normal reassessment period.

With regards to the argument that the reassessment was statute-barred, the Court refers to subparagraph 152(4)(a)(i) of the Income Tax Act, judging that the Taxpayer made a misrepresentation of his expenses, particularly with regards to "meals and entertainment" and "advertising and promotion" and that these misrepresentations were attributable to "neglect, carelessness or willful default". As a result, the Court determined that the reassessment was not statute-barred, as it fell under the exception of subparagraph 152(4)(a)(i) of the Income Tax Act.

Secondly, the Court analyzed whether the Taxpayer's claimed expenses were in fact deductible. In its analysis, the Court states that by virtue of section 18(1)(a) of the Income Tax Act, the purpose of a business expense is to gain or produce income from the business or property. In this case, the Court concluded that the expenses claimed by the Taxpayer were purely personal expenses and were not made in accordance with the purpose of business expenses defined in section 18(1)(a) of the Income Tax Act. The Court therefore dismissed the appeal for each of the 2013, 2014 and 2015 taxation years.

Although it may be alluring for a taxpayer to write-off personal expenses under the guise of a business expense, if addressed, these expenses will be denied by the Canada Revenue Agency; doing so may even expose prior years filings of tax returns to reassessment beyond the "normal reassessment period."

Alessandro Cotugno is an associate and Joseph H. Takhmizdjian is a partner in the Montreal office of Borden Ladner Gervais LLP.

Taxpayers may mitigate late filing penalties in some circumstances
Management

Why this IT company embraced expense management digital solutions

ABM Integrated Solutions’ experience shows the potential of digital transformation in accounting to have a positive ripple effect.