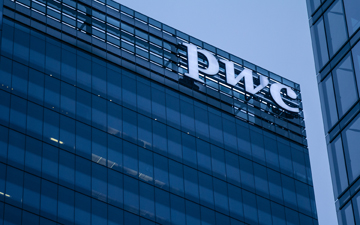 TORONTO, Oct. 9, 2022 – The Public Company Accounting Oversight Board in the United States has found no audit deficiencies in its most recently published inspection of PwC Canada. The inspection report is unique in its brevity and lack of deficiencies related to audits with unsupported opinions or other instances of non-compliance with PCAOB standards or rules. The report is also noteworthy within a context of increased regulatory scrutiny of audit firms in Canada and other jurisdictions.

PwC Canada, the Canadian partnership of professional services global brand of firms PricewaterhouseCoopers, is the first of its Big Four Canadian rivals (Deloitte, Ernst & Young, and KPMG) to achieve this feat since the US audit watchdog began publishing its new inspection reports in 2021. SF Partnership LLP, which is headquartered in Toronto, achieved the feat in 2018, when just one of its audits was inspected by the PCAOB. The PwC report is all the more remarkable for its seven total audits, six of which were audits in which the firm was the principal auditor.

The PCAOB report describes a 2020 inspection of seven audits conducted in 2019. The PCAOB does not inspect an entire audit but rather areas of interest that are generally significant to the issuer’s financial statements, may have included complex issues for auditors, and/or involved complex judgments. These areas included use of other auditors; revenue and related accounts; inventory; long-lived assets; and business combinations. The PCAOB reported no deficiencies of significance.

In comparison, a 2020 inspection of KPMG Australia found audits with multiple deficiencies related to long-lived assets, and cash and cash equivalents. The firm was also non-compliant with some PCAOB standards and rules.

The Canadian Public Accountability Board is the audit regulator counterpart in Canada to the PCAOB. CPAB takes a risk-based approach to inspections and publishes inspection summaries rather than singular inspection reports per firm. It does not name individual firms but rather divides Canadian auditors into large (the Big Four) and smaller public accounting firms.

As reported by Canadian Accountant, CPAB began a public consultation in 2021 on its disclosure practices, amidst greater media scrutiny and increased enforcement by audit profession regulators globally. As pointed out by David Milstead in the Globe and Mail, “CPAB numbers suggest that some firms’ opinions are probably distinctly better than others – but we don’t know which firms to applaud and which ones we should shame.”

The leaders of the Big Four professional services firms appear to recognize this. In a jointly signed letter to CPAB, the firms stated: “We are supportive of CPAB’s efforts to increase transparency … We believe that increasing transparency around audit practices will assist in delivering high quality audits and enhancing trust.”

Earlier this year, PwC Canada agreed to pay more than one million dollars in combined penalties to CPAB and the PCAOB, after disclosing widespread sharing of answers by its accountants on internal training tests. The incident was one of several ethical lapses by accounting firms that has prompted the Ontario Securities Commission and CPA Ontario separately to take action.

At the time, Nicolas Marcoux, the chief executive officer of PwC Canada, stated: “While we are confident there has been no impact or compromise to the quality of our audits as evidenced by our current inspection results, we expect more from everybody in our firm. All of us must consistently live our values and purpose for PwC Canada to be recognized as having the best people in professional services delivering the highest quality work.”

The PCAOB provides all inspected firms with the opportunity to respond in writing to inspection findings. (CPAB reports do not include the same feature.) In a jointly signed letter, Marcoux and Michael Paterson, Canadian national assurance leader, responded to the positive report from the PCAOB:

Consistently performing high-quality audits remains the top priority of the Firm and our partners, in order to continue to serve the investing community and bring value to the capital markets. In this regard, we recognize the value of the inspection process and use the experience in formulating our actions to continuously improve audit quality.

While the PCAOB shared the publication of its new inspection reports on social media, neither PwC Canada nor Marcoux drew attention to the report in their Twitter channels.

PwC Canada fined over one million CDN by US, Canadian regulators