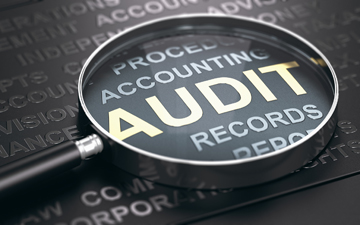 TORONTO, April 24, 2022 – As Canada’s audit watchdog reports higher enforcement actions, stakeholders want more regulatory and inspection transparency, according to the results of a public consultation on disclosure. In its 2021 annual report, the Canadian Public Accountability Board (CPAB) reported a wide range of unacceptably high numbers of audit deficiencies, but is prohibited from disclosing names and inspection reports due to its own governance rules and federal legislation.

CPAB appears to be advocating for change amidst greater media scrutiny and increased enforcement by audit profession regulators globally. The results of CPAB’s public consultation on disclosure shows support for more transparency and sharing of information around significant findings. A number of media outlets, including Canadian Accountant, have taken note of the limitations of audit enforcement in Canada, and the possibility that Canada risks being left behind global standards in audit regulation.

In its 2021 annual report, CPAB published the results of its audit inspections, which includes “significant findings,” and enforcement actions. In terms of engagement file inspections, the overall numbers showed a slight decrease in significant findings year-over-year (28 per cent in 2021 compared to 29 per cent in 2020). But a deeper dive reveals a number of issues.

While none of the Big Four accounting firms exceeded 15 per cent in significant findings, one firm has missed the target of 10 per cent for the second year in a row (though it has shown improvement). Which firm was it? (Deloitte? EY? KMPG? PwC?) Canadians will never know, as was made clear by the Globe and Mail last year, in Canada’s accounting-firm problem child remains a mystery.

Similarly, we do not know which mid-sized accounting firms — whether national players (e.g., BDO, Grant Thornton, MNP) or regional players (e.g., Davidson & Co., DMCL, Manning Elliott, McGovern Hurley, Smythe) — prompted CPAB to state: “Of serious concern is the high level of significant findings at many of the other annually inspected firms.”

CPAB hit a record number of enforcement decisions arising from 2020 audit firm inspections and investigations. Alarmingly, enforcement action is in place for four firms with unacceptably high levels of significant findings over several years. The audit watchdog expects a continued high level of enforcement and other regulatory intervention in 2022.

It should be noted that, in the past year, CPAB took regulatory action against two Big Four firms, which was also reported in the Globe and Mail.  As reported in Canadian Accountant, PwC Canada [was] fined over one million CDN by US, Canadian regulators because its employees were cheating on mandatory internal tests, and Deloitte was fined for falsifying time stamps on audit work papers.

The annual report also noted areas in which the nature of audits is changing and the inherent risks therein. For example, the use of accounting software solutions continues to grow, with the inherent advantages in data tools and the dangers of automation bias. Further, CPAB is pointing to the “decades-long trend of reporting issuers outsourcing an increasingly broader range of their business activities to service organizations,” and the elevated importance of service auditors.

Is the audit watchdog’s bark bigger than its bite?

In 2021, CPAB undertook a public consultation on its disclosure practices, including the naming of firms and publication of inspection reports — practices that are common in both the United Kingdom and United States — and reported on the feedback in 2022. The process prompted only eight consultation comment letters and 89 survey responses from stakeholders across the country. (Canadian Accountant, as a journalism platform, did not participate in the process.) Over 60 per cent of stakeholders said CPAB should significantly increase or make targeted improvements to its disclosures.

The survey found the greatest support (85%) for the sharing of individual audit file inspection results with respective audit committees. Support was unanimous among audit committees and audit committee chairs (naturally) and lowest among audit firms themselves. Sixty per cent of respondents were supportive of CPAB publicly disclosing additional information, with another 12 per cent noting they would be supportive of increased disclosures if there was no significant impact on the cost or timeliness of CPAB’s work. Again, support was lowest among partners and professionals at audit firms.

Glacier Media, which publishes a number of community news and trade publications in B.C., commented on the consultation process in 'Serious' concerns raised against some B.C. accounting firms, noting “the federal regulatory board’s findings — including enforcement action in place against four firms with “unacceptably high levels of significant findings over several years” — remain largely anonymized, so investors cannot know the specific inspection results.”

Disclosure practices of UK, US audit regulators far ahead of CPAB

When discussing the disclosure practices of CPAB, many media reports miss the fact that Canadian audit regulation and disclosure was purposely designed to differ from practices south of the border. In his interviews with Canadian Accountant, the late Brian Hunt, who was instrumental in building CPAB, spoke of a made-in-Canada solution to the introduction of the Sarbanes-Oxley Act: "Rather than allowing the United States to dictate the rules in Canada for companies that traded in both jurisdictions … 'we need[ed] to form our own PCAOB in Canada.'"

Today, subscribers can receive email alerts from the US Public Company Accounting Oversight Board with links to inspection reports with the names of the audit firms involved. Enforcement actions often include a letter of response from accounting firms (including those in Canada). Recently, in a widely noted first for the US regulator, the PCAOB fined a former employee of KPMG for “supervisory failures,” the largest money penalty ever imposed on an individual in a settled case.

In the UK, successive accounting and audit scandals have led to the overhaul of its regulator, the Financial Reporting Council, with the UK watchdog reclaiming its powers from professional accounting bodies to ban auditors and bar accounting firms from engagement work. That said, the PCAOB has faced criticism, especially during the Trump years, for undue political influence on its board, just as the FRC faced accusations of a "cozy" relationship between regulators and the audit profession, prior to the scandals of BH, Carillion, Patisserie Valerie and more.

In Canada, provincial accounting bodies, which are responsible for both professional advocacy and the public complaints/discipline process (functions that are typically separate in the regulatory sector), have largely been exempt from the governance modernization trends and reforms of the self-regulation model.

Colin Ellis is a contributing writer to Canadian Accountant.