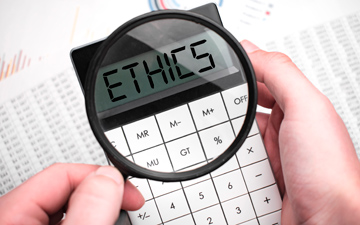 TORONTO, Sept. 25, 2022 – The Ontario Securities Commission has announced that it will make targeted inquiries to public accounting firms that conduct audits of Ontario reporting issuers. Audit oversight is typically the responsibility of the Canadian Public Accountability Board (CPAB), the naitonal body that oversees Canadian public accounting firms, which also conducts audit inspections.

The OSC says its move is the result of ethical violations identified by regulators in Canada and other jurisdictions [our italics]. It will request specific information about audit firms’ internal policies and procedures. While audit inspections are the responsibility of the national audit watchdog, the OSC says the scope of their review does not presently [our italics] include individual audits of reporting issuer financial statements previously filed with the OSC.

Under its governing legislation, CPAB must account to the OSC and the Ontario government on its activities, and submit an annual report on its affairs. (The OSC in turn is a member of the umbrella group of securities regulators known as the Canadian Securities Administrators or CSA.) The timing of the announcement coincides with recently published enforcement actions not only by CPAB but by the US audit watchdog, the Public Company Accounting Oversight Board (PCAOB).

The announcement states that the OSC will seek information about firm policies related to compliance with relevant ethical requirements and the operation of internal whistleblower programs. As reported by Canadian Accountant, PwC Canada voluntarily disclosed to regulators that its employees shared answers on mandatory internal training courses, and was fined earlier this year.

The OSC will also request details about firm procedures with respect to the dating of audit work performed and the implementation of internal training courses. Deloitte Canada was fined one year ago over the dating of workpapers over a 16-month period. And, as reported by Canadian Accountant, Vancouver firm Hay & Watson was censured earlier this month by the PCAOB over the backdating of its workpapers, in relation to a California company listed on a Canadian exchange.

In its statement, the OSC stated: “As gatekeepers of Ontario’s capital markets, auditors play a critical role in investor protection by ensuring that audited financial statements can be reasonably relied upon when making investment decisions. Any actual or perceived issues related to the integrity of financial reporting can undermine investor confidence.”

Under the Biden administration, the PCAOB appears to be increasing its audit inspections and enforcement actions, having cleared out appointees of the Trump administration at the Securities and Exchange Commission. In 2021, the US audit watchdog issued five enforcement actions of Canadian firms, more than the previous two years combined. Unlike in Canada, where the national audit inspector does not publish the names of the firms it is inspecting, the PCAOB provides the public with inspection reports that name the firm and provide more detail, including the name of the lead audit partner and the written response of the firm. These actions have contributed to a perception of greater audit inspection transparency in the United States than in Canada.

Are the OSC and CPAB communicating effectively?

One year ago, Ontario Auditor General Bonnie Lysyk issued a value-for-money audit of the OSC, which largely focused on the relationship between the provincial securities regulator and CPAB. The Auditor General found that the OSC has limited power to require formal communication from CPAB.

As part of the OSC’s ethics inquiries, the Commission stated that it “will communicate with and consult” CPAB, which will continue to address ethics issues through its inspection and enforcement processes. The OSC noted in its statement that CPAB has, to date, imposed enforcement actions on two of the four largest firms, in response to self-reported breaches of professional standards.

What the OSC might do if it is not satisfied with internal controls is an open question. Typically, CPAB is responsible for inspection and compliance, including internal controls. However, in 2014 EY Canada agreed to pay an $8-million penalty over its audit of Sino-Forest, under the Commission's no-contest rules. As part of the settlement, the accounting firm agreed to change its internal policies on emerging markets, following allegations that it did not show enough professional skepticism in conducting its audits. (Ernst and Young, the global brand that includes EY Canada, is currently modelling a split of its audit and consulting business lines, driven by increased regulatory scrutiny and enforcement.)

Earlier this year, the Ontario government announced significant governance changes at the OSC, selecting Grant Vingoe as the first dedicated chief executive officer, and appointing Heather Zordel as the executive chair of the board of directors, which is responsible for the overall stewardship of the OSC, including strategic planning and board governance.