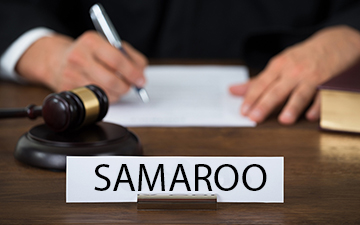 TORONTO, October 18, 2019 – The Supreme Court of Canada has declined to hear a case originally touted by Canadian tax accountants and lawyers as evidence of an “unfortunate culture” at the Canada Revenue Agency. In dismissing an appeal in the case of Tony Samaroo and Helen Samaroo v. Canada Revenue Agency (the “Samaroo case”), the Supreme Court has allowed a reversal to stand in a ruling of the tort of malicious prosecution against the CRA. The quiet end to a controversial tax case has disappointed Canadian accountants.

“I am very sad to see this not heard by the SCC,” commented one Canadian accountant in the popular LinkedIn group, Canadian Taxation Professionals. “Win or lose, this is an important emerging area that the SCC would have provided some welcome guidance upon.”

Whereas the Supreme Court’s dismissal of the leave to appeal was announced quietly last Thursday, just before a holiday weekend, the original ruling by B.C. Supreme Court Justice Robert Punnett made headlines in 2018. The Court ruled that BC restauranteurs Tony and Helen Samaroo were the victims of an “egregious” prosecution and of “highly blameworthy” and “reprehensible” conduct by the Canada Revenue Agency.

As reported by Canadian Accountant, the Samaroos owned and operated a restaurant and resort in Nanaimo, B.C. In 2008 they were charged with 21 counts of tax evasion for allegedly skimming $1.7 million from the business. The judge ruled the CRA’s conduct “must be denounced … it violated fundamental rights and was highly reprehensible.”

The ruling was portrayed in many circles as a victory for taxpayer rights. Chartered Professional Accountant Tim Cestnick asserted in the Globe and Mail that “The culture at the Canada Revenue Agency (CRA) is not what it used to be — and we should all be concerned.” Cestnick asserted that CRA staff were “smug and patently unreasonable.”  Rob Breakenridge of Global News Radio in Calgary said “the CRA simply cannot be allowed to run amok.”

Earlier this year, however, the BC Court of Appeal overturned the original ruling, finding that Justice Punnett erred in his decision. On behalf of a three-judge panel, Justice David Harris  agreed with the CRA that the Crown is not required to prove a particular scheme.

Further, not only did the CRA provide substantial evidence at the criminal trial, there was a “considerable body of circumstantial and other evidence from which an inference could be drawn that the Samaroos were suppressing the existence of taxable income by skimming cash out of the businesses. How compelling is that evidence is a different question.” The Court allowed the appeal, set aside the order and dismissed the underlying action.

Lawyers for the Samaroos filed an application for leave to appeal with the Supreme Court of Canada on May 23, 2019. The application was dismissed, with costs, on October 10, 2019, effectively upholding the decision by the BC Court of Appeal.

“Given the emergence of these cases, having the SCC rule on CRA's duty of care to taxpayers would have been hugely valuable,” commented one Canadian accountant on Canadian Taxation Professionals. “It's unfortunate that the opportunity has been lost, although I can see why "wrongful prosecution" may not have been the best arena for such a discussion.”

Another poster said, “To me the SCC is more about legal guidance than being the ultimate decision maker of who won and lost the litigation. I feel we all lost by this decision.”

It's not unusual for immigrants to avoid banks, even stashing $100 bills. The onus was on the CRA to prove its case. It failed.
Profession

Despite the odd bad apple, CRA professionals must be concerned about the Samaroo case, says John Grant of Miller Thomson
Taxation