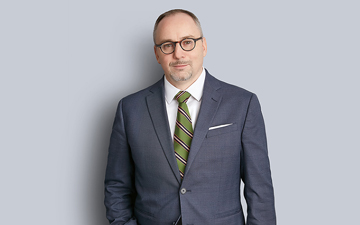 TORONTO, March 22, 2018 – Unfortunately, we see the odd bad apple in our civil and criminal dispute resolution practice involving the Canada Revenue Agency (CRA). We try to resolve these matters prior to pursuing the extreme route involving litigation. As one can see from the facts here, it may not always be possible.

In a scathing decision, the B.C. Supreme Court rebuked the CRA for suppressing and misstating evidence in its single-minded goal to prosecute a Vancouver Island couple for tax evasion. In what may become a seminal decision, the taxpayers were awarded damages of $1.4 million, with costs still to be decided. The potential for an appeal exists.

The couple, who are immigrants to Canada, operated a restaurant, nightclub, and motel in British Columbia. The couple had been steadily transferring old $100 and $50 bills from a safety deposit box full of three decades worth of savings into the bank. It appears they understood that financial institutions would not accept old bills en mass. Prior to suing the CRA, the taxpayers were charged criminally for 21 separate offences under the Income Tax Act (Canada) (ITA) and Excise Tax Act (Canada), in respect of $1.7 million. The criminal charges were ultimately dismissed, with the criminal Judge referring to the Crown's case as "weak," with evidence that was "unreliable," "highly uncertain," and containing "significant flaws" and "discrepancies" (see: 2011 BCPC 503).

The $1.7 million figure relied upon for the criminal charges and the separate civil tax assessments comes from the CRA's net worth methodology. As many will appreciate, the CRA can employ a net worth method to assess a taxpayer; irrespective of how the taxpayer has reported their income for the year. In its simplest form, they estimate a taxpayer's income for a year by valuing the change in his or her wealth between two dates, then adjust for consumption. While the method is acknowledge by the Tax Court as a blunt instrument prone to attack by counsel, it is a valid approach. Such net worth assessments are theoretically deemed to be correct under the ITA (see subsections 152(7) and (8)).

The strength of the Crown's case in defending the claim for damages was scuppered on many fronts. The CRA was exchanging "appalling" emails about the potential incarceration and sentencing of the appellant. The Court appropriately remarked that they did so with "unprofessional glee" in joking about the incarceration of the couple. The types of behavior cited by the Court are unprecedented in the tax realm. The Court goes through a litany of faults (and tax practitioners should be alive to them):

These faults correctly offended the Court's sense of decency. The Court described it as a "marked departure from conduct expected" of CRA officers and the CRA. The CRA was found vicariously liable for the highly blameworthy conduct of their Investigator. The agent for the Crown was not found liable.

While the Samaroos have achieved litigation success, their fight appears to be ongoing. The Tax Court of Canada shows their tax appeals as active. Granted, there is a lower threshold of proof in the Tax Court (beyond a reasonable doubt) which favours the Minister. The taxpayers also have the additional challenge to demolish the Minister's assumptions. Nevertheless, it will be interesting to see how, and if, the parties move forward with the tax court litigation.

By way of additional commentary, there was an earlier BC Supreme Court motion in this litigation (see 2016 BCSC 531). The Court ordered the taxpayers be released from the implied undertaking rule in respect of the information and documents provided by the Crown. Consequently, the Samaroos may attempt to rely on this information and documentation in the Tax Court proceedings (subject to evidentiary rulings of the Tax Court). More broadly, should individuals unfortunately have companion criminal and civil tax matters, their representatives should be alive to such considerations.

In closing, some tax practitioners lament that they regularly face inappropriate behavior from the Audit division of the CRA. In this respect, some indicate a preference to move tax disputes straight to Appeals as soon as they can. It is questionable whether this is an appropriate strategy. Doing this serves to defeat a level of review designed by Parliament as a safeguard for taxpayers. Nevertheless, we can be certain that there are many CRA professionals of the highest quality who devote their careers to serving Canada. We can expect that they understand the recriminations levelled by the provincial court — and are concerned and alive to the judicial reference with respect to an "unfortunate culture within the CRA."

It's not unusual for immigrants to avoid banks, even stashing $100 bills. The onus was on the CRA to prove its case. It failed.
David J. Rotfleisch