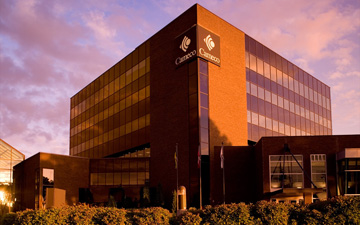 TORONTO, May 31, 2019 – The Canada Revenue Agency will not appeal a decision limiting its power to compel oral interviews but insists taxpayers should still talk to the taxman. In a long and contentious battle over the transfer pricing practices of Cameco, a Saskatoon uranium mining company, the CRA announced today that it will not appeal a Federal Court of Appeal (FCA) ruling that the Minister of National Revenue does not have the authority to compel corporate employees to attend interviews and answer oral questions under a general audit and inspection rule of the Income Tax Act.

In National Revenue v. Cameco Corporation (2019 FCA 67), the FCA upheld the Federal Court decision (2017 FC 763), and the CRA will not seek leave to appeal the decision to the Supreme Court of Canada. According to the CRA, the decision “does not diminish the responsibilities of owners, managers and other persons on the premises of a business to cooperate and answer questions during the course of an audit. Refusal to participate in oral interviews, and to provide the assistance required during the course of an audit indicates a lack of openness and transparency, and potentially a higher risk of non-compliance.”

The Minister of National Revenue sought a federal court order that would have compelled 25 of the company’s senior executives, including current chief executive Tim Gitzel and former CEO Gerry Grandey, to be interviewed by CRA staff.

The FCA balked at the overreach. “If the Minister’s position is accepted, the CRA can compel oral interviews from as many persons as they see fit without any procedural limits,” wrote Justice Glennys McVeigh. “The time and cost involved in allowing the Minister to interview more than 25 Cameco personnel scattered across the world is not proportional to the information being sought.”

The CRA noted, however, in a press release that “Although the FCA upheld the Federal Court decision, it also stated that: all taxpayers should fully cooperate with reasonable requests arising in the course of an audit; it remains open to the Minister to make inferences when no answer is given; and the Minister is free to make assumptions and to assess on that basis.”

In a previous article in Canadian Accountant, John A. Sorensen, a partner at Gowling WLG in Toronto, said “While the Cameco judgment is obviously a win for the taxpayer … the lessons the tax community can derive from Cameco remain an open question,” and warned that “legislative amendments to section 231.1 might be looming.”

In 2018, the CRA filed an appeal in multibillion-dollar tax case against Cameco, over the company’s use of a European subsidiary, Cameco Europe Limited, to report uranium sales earnings in low-tax Switzerland. Tax Court of Canada Justice John Owen had ruled the company was within its rights.

In an interview with the Saskatoon Star-Phoenix, Devan Mescall, a professor at the Edwards School of Business and corporate tax expert, said “The issue isn’t with Cameco. The issue is with the tax laws that we have. Corporations are going to play by the rules that are set out, but the rules that we currently have, the way they’re set, there’s a lot of uncertainty.”

Taxpayers and the CRA have “a shared interest in conducting and participating in oral interviews,” says the CRA. “The information gained in these conversations helps enhance the transparency and accuracy of CRA audits and can lead to earlier tax certainty. This shared interest in early tax certainty is not impacted by the FCA decision.”

The CRA has updated its policy on Obtaining Information for Audit Purposes to clarify when and why information is to be requested from taxpayers. This policy seeks to emphasize that the CRA will request relevant information, with an obligation to clearly document and communicate these requirements.

According to the CRA, it “will continue to seek interviews where necessary and expects that the vast majority of taxpayers will continue to comply. Where taxpayers decline interviews in circumstances similar to the Cameco case, the CRA will use alternative means to carry out its obligations in verifying a taxpayer's level of compliance, which may increase tax uncertainty and compliance burden for the taxpayer. This may include the use of assumptions about the nature of a taxpayer's business activities and tax planning to form the basis of an assessment of taxes owing.”

Be careful what you ask for, says John A. Sorensen of Gowling WLG
Taxation

Following the signing of the BEPS MLI in Paris this week, tax lawyer David J. Rotfleisch predicts the imminent demise of treaty shopping