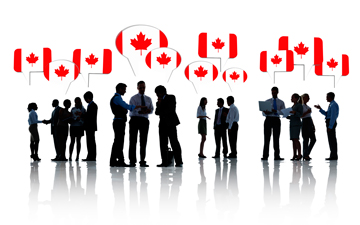 TORONTO, October 20, 2019 – Six out of 10 Canadian accountants intend to vote for Andrew Scheer and the Conservative Party of Canada in the federal election on Monday. A poll conducted by Canadian Accountant reveals 20 per cent of professional accountants will vote Liberal, seven per cent will vote Green and three per cent NDP.

The numbers reflect a historic preference within the accounting profession for a Conservative platform of balanced budgets, low rates of taxation and economic factors such as job creation and support for the business community. Seven out of 10 accountants who will vote Conservative reported that they have historically voted for the same party.

Only 52 per cent of Liberal voters reported voting for the same party historically. None of the Green Party voters reported voting Green historically, indicating a growing interest among a typically conservative profession in the issue of climate change. Said one Green voter, “If we have to make tough economic choices to protect the environment then the government must take action to make that happen. I have normally voted PC but they only pay lip service to the environment and Trudeau has proven he cannot be trusted on environmental or Indigenous promises.”

The Issues That Matter Most

Overall, professional accountants chose the economy, debt/deficit, and environment/climate change respectively as the issue that mattered to them most. Together, the economy and debt/deficit were ranked as the primary issue of 53 per cent of voters, with the debt/deficit slighter higher than the economy. However, 12 per cent of Canadian accountants consider the environment/climate change to be the issue that matters to them most, ahead of taxation/tax reform.

Conservative-voting accountants, however, roundly reject the environment/climate change as an issue at all. Conservatives chose the economy, debt/deficit, and taxation/tax reform respectively as the issues that mattered to them most. While, taxation/tax reform ranked a distant third as the primary issue, at only nine per cent of Conservative voters, it was the most popular third choice. Very few Conservatives ranked environment/climate change highly; 64 per cent ranked the issue in the bottom half percentile of issues and more ranked it as the least important issue than those who ranked it as the primary issue.

The focus on the economy as a primary issue suggests that the Liberal record on job creation is not resonating with voters. Statistics Canada has reported that Canada’s jobless rate in September was 4.1%, its lowest reading this century. In the past year, the jobless rate has been at its lowest in more than 40 years, the point at which the government began collecting data. Furthermore, most of the September climb in total jobs were for male workers aged 25 to 54, a demographic group of some concern to pollsters and economists.

A Focus On Leadership

The poll asked Canadian accountants which leader they would vote for if it had no effect on party status. The most popular leader of choice was Conservative Leader Andrew Scheer, with 46 per cent of the vote, all from Conservative voters. Unlike other party leaders, however, Scheer garnered no interest from voters of the other parties, who often showed a preference for a different party leader, such as Jagmeet Singh.

Singh, who performed well during the election debates, was the second most popular leader among Canadian accountants. The NDP leader garnered 31 per cent of votes, with voters from the Conservatives, Liberals and Greens all expressing a wish to vote for Singh rather than their own party leader. Unfortunately for Singh, the NDP is unpopular among Canadian accountants, with fewer votes than the Green party.

Among Canadian accountants, Justin Trudeau and Elizabeth May were equally unpopular, with just 11 per cent of the vote each, suggesting a serious problem for the Liberals. The most vitriol was reserved for Trudeau. “The Trudeau Corruption and Deceit has to be stopped. He is tearing this country apart with his pro Quebec, communism and anti-western Canada actions and policies,” said one Conservative accountant from Alberta.

The First Poll Of Its Kind

The Canadian Accountant Election Survey marks a milestone in the accounting profession. “This is the first poll of its kind in Canada,” says Colin Ellis, managing editor of Canadian Accountant. “There are more than 200,000 professional accountants in Canada in all types of positions, from traditional accounting firm roles to corporate management, investment, public service and more. We’re very proud that we are the first and only platform in Canada where Canadian accountants can express their political opinions.”

A survey of Canadian Accountant newsletter subscribers was conducted from October 18-19 through the online survey company SurveyMonkey. Out of 146 respondents, 103 self-identified as professional accountants, a category including chartered professional accountants (CPAs), chartered certified accountants (ACCA), etc., who self-identified as eligible to vote in the federal election. The margin of error for a survey of more than 100,000 with a sample size of 100 is ±10.0 percentage points.