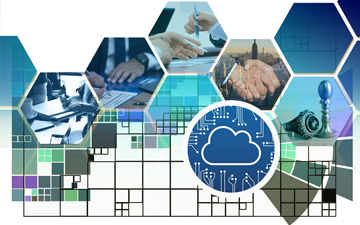 TORONTO – Most large cloud infrastructure and software vendors claim to have discount programs available to private equity-owned portfolio companies (Portcos). These programs claim to provide attractive discounts and benefits to even the smallest Portcos, when those concessions would normally be restricted to much larger companies with bigger budgets.

Amazon Web Services (AWS), Infor (a US multinational), Microsoft, and NetSuite (owned by Oracle) are just some of the biggest names in the cloud computing business. All have Private Equity Business Development Managers (PE-BDM), who are tasked with building business relationships, and trying to secure the lion’s share of the business from each PE firm. By the end of the conversation, however, it’s mostly a lot of “sizzle and no steak.”

Microsoft, coming off a Q4 (June 30) profit of $16.5B (an increase of 47% in its Azure product line), gets partial credit for admitting they had a Private Equity program, called Unicorn, offering discounts to all Portcos, regardless of size. Microsoft has said it was shutting down Unicorn as they made more money doing individual deals.

In a recent negotiation with one cloud computing company, the PE-BDM finally admitted that there were no standard upfront quantitative advantages on offer, but the single biggest advantage was his direct phone number for every PE firm in his territory. He would then make sure some sales representative was assigned to work on the Portco’s requirements and solution. It’s reassuring to know they are still willing to take your money when you call.

Another large cloud computing company has claimed that any new Portco will get an immediate five per cent discount off the committed first-year spend up to $50k, but when asked to confirm that and other concessions in writing they said the details of their PE Accelerate Program were not public and any discounts and credits would be deal-dependant. A five per cent credit seems to be a negligible amount when you consider the life-time value of a new Portco with growth potential.

Every vendor wants PE business and why wouldn’t they? Private equity is big business and it’s just going to get bigger. The potential of gaining preferred vendor status with a large group of Portcos with a minimum of marketing effort is very attractive. The fact of the matter is, regardless of the vendor rhetoric, it is very difficult to link the deals because it’s too complicated to manage.

Even if you could get a half-dozen Portcos to agree to a spend commitment to a single vendor, no two sets of requirements would be alike in services needed, Monthly Recurring Revenue (MRR), or length of term. The PE firm cannot make a financial commitment to the vendor so it’s up to the Portcos.

Would the larger Portcos agree to subsidize the smaller ones? Would the discounts be the same for all six Portcos? Does everyone benefit from improved discounts when the seventh Portco joins? What happens when one of the participating Portcos gets sold to another PE firm? Does everyone lose a small percentage of their discount?

It doesn’t really work for the vendor either. If there is one enduring constant it is that when it comes to booking revenue, vendor representatives cannot see beyond the end of the quarter. For a vendor to book that revenue there must be a firm buyer commitment, the price for the entire term needs to be predictable and payment must be reasonably assured. There is compelling evidence that these PE programs only offer a perception of group economies of scale and that it doesn’t really work for anyone.

Now, if we are back to doing individual deals for each Portco, let’s focus on doing those deals right.

Focus on the financial commitment rather than the services being consumed but try and include all the vendor’s available services. Be very conservative on your initial requirements and the term of the commitment. It’s much easier to negotiate for higher discounts if you can continue to increase your Annual Contract Value, (ACV).

It’s always best to have a competitive bid process if you can, but that means a highly defined set of requirements to make sure you can get a RFX out and that the responses will be comparing apples-to-apples.

You need to have future price protection, both during the term when you add more users or need more capacity and at the end of the term to make sure you don’t get held-up for ransom when it comes time to renew the deal.

Make the deal flexible. Every vendor has said at some point, “If you want higher discounts you have to spend more!” Why lock-in at those starting discounts? Why not build in some scalability? Have the discounts increase during the term as the MRR increases. For renewals, you could negotiate higher percentage discounts as the ACV increases.

Vendors will typically not allow a drop below the starting total contract value. If the deal starts at $25k MRR and it’s a committed 36-month deal, then the vendor can book a sale of $900k and get paid a commission based on that revenue forecast. If there is any mechanism that could see that MRR reduced below $25k, then the vendor can’t book the full amount. That’s another reason for being conservative at the start of negotiations.

I prefer deals that can scale up from a starting MRR and have the discounts increase as the MRR increases. Using the previous example, say the starting discount is 6% at an initial $25k MRR, then at $35k the discount increases to seven per cent, at $50k to eight per cent, etc. It can also scale back down, but not below the initial $25k per month because of the vendor’s revenue recognition issue.

Exchanges or “swaps” are also good for flexibility. You buy a bundle of subscriptions under a 36-month commitment and find out some of it was a mistake or you bought too many. You can retire a portion of those remaining subscriptions and Swap them for something more useful with an equivalent MRR value.

Finally, as we are talking about private equity, always have a divestiture clause. PE Firms are always creating value through M&A activity and sometimes that means divesting of an ill-fitting or non-performing division. These divestitures can be addressed in a couple of ways but usually end up extending the commitment term for an appropriate number of months to cover the lost MRR of the divested entity.

Phil Downe is an independent IT negotiations specialist and principle with Relations Management Group Inc. based in Toronto. Contact Phil by phone at 416-804-7445 or by email.

IT Negotiations: Last words of advice on professional services

3 savvy leverage tactics to use when negotiating technology deals