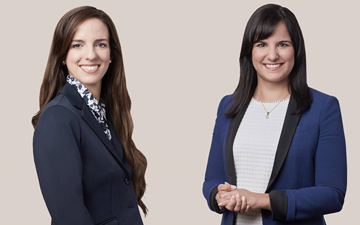 MONTREAL – Lack of transparency in calculations, insufficient context and significant variations by issuer and industry, a "stronger tool was needed to take appropriate regulatory action", said the Canadian Securities Administrators (CSA) when they first presented their new set of rules to regulate disclosure of non-GAAP financial metrics. That was in 2018.

Many comment letters and three versions later, we now have the final version of the National Instrument 52-112 Non-GAAP and Other Financial Measures Disclosure (the Instrument).

Unlike the existing guidance on non-GAAP financial measures (Staff Notice 52-306), the new Instrument has the force of law. This means that the "adjusted earnings", "adjusted EBITDA", "free cash flow", "pro forma earnings" and other financial measures of this world will soon be the target of much scrutiny, because the new Instrument, while short, is accompanied by a 20-pages long Companion Policy, which clearly spells out the intention of the legislators.

Reporting issuers will be subject to the new rules when they disclose financial measures outside their financial statements, including disclosures on websites, in news releases, and in social media platforms. As for non-reporting issuers, the Instrument will only apply with respect to an offering memorandum or related marketing materials if the document is filed in connection with a distribution made pursuant to an offering memorandum exemption. It will also apply to non-reporting issuers in other specific scenarios, such as in the case of an IPO, a reverse takeover, a significant acquisition or similar transactions.

However, it is important to note that the Instrument also contains a few exceptions, notably for issuers in the mining and oil and gas industries. The Instrument does not apply (1) to the disclosure required with respect to an issuer's material mineral project pursuant to National Instrument 43-101 Standards of Disclosure for Mineral Projects and under section 5.4 of Form 51-102F2 Annual Information Form (Description of the Business for Companies with Mineral Projects), and (2) to disclosure required under National Instrument 51-101 Standards of Disclosure for Oil and Gas Activities, with the exception of disclosures of oil and gas metrics that are made under section 5.14 of that Instrument (Disclosure Using Oil and Gas Metrics) as an issuer includes them on a voluntary basis.

The Instrument will become effective on August 25, 2021 and will apply to disclosures for a financial year ending on or after October 15, 2021 for reporting issuers, and for filings after December 31, 2021 for non-reporting issuers.

3.  How will this change the Non-GAAP Landscape?

No doubt, the Instrument and its Companion Policy will change the non-GAAP disclosure landscape. Here are a few examples of how the relevant issuers and their disclosure will be impacted:

A. Mind the Non-GAAP Definitions

The Companion Policy gives the example of an issuer that discloses sales per ft2 on a periodic basis, which figure is extracted directly from the issuers' financial statements or is a component of such line item:

B. Exec Comp Falls into the Non-GAAP Requirements

During the consultation period, opinions were mixed as to whether the measures used for executive compensation should be explicitly included in the Instrument, but when assessing comments on this topic, the CSA did not see the policy rationale to treat such measures differently.

However, just like for the other measures, the Instrument's requirements are only triggered by the disclosure of a financial numerical amount for the measure, not by qualitative disclosure. Similarly, in the context of a Statement of Executive Compensation, if a financial measure is identified (e.g., adjusted net income) and the calculation is described (e.g., net income adjusted for foreign exchange gains or losses) but no financial amount is disclosed (i.e., no dollar amount), the new rules would not apply because a financial measure has not been disclosed, it was only identified and described.

The requirement to provide a quantitative reconciliation between the non-GAAP financial measure and the most directly comparable financial measure presented in the issuer's financial statements is nothing new. What's new, however, is the 2-pages long explanation provided in the Companion Policy about this specific item. The Companion Policy explains, among other things, how to: (1) identify the most directly comparable financial measure, (2) determine the prominence and the proximity of a non-GAAP financial measure, (3) calculate the reconciliation using entity-specific inputs, (4) determine the level of detail expected in the reconciliation, and (5) present and format the information required. By providing such level of detail, the CSA definitely offer more clarity as to their expectations.

The Companion Policy also contains extensive guidance on a number of other sections of the Instrument, including on how to label a financial measure, how to assess and explain the usefulness of a financial measure, how to present comparative information for a non-GAAP financial measure or a non-GAAP ratio, to name only a few. It also contains a list of measures that are not captured by the Instrument, for example, amounts that do not depict historical or future "financial performance", "financial position" or "cash flow", which relate to elements of the issuer's financial statements, such as share price, market capitalization, or credit rating.

The Instrument is intended not to contain specific limitations or industry-specific requirements on how to calculate a measure; the CSA believes that non-GAAP financial measures or other financial measures are set in time and are constantly evolving across a wide range of industries. The objective of the Instrument was to respond to the investors' need for quality financial information and, according to the CSA, an overly prescriptive framework could prevent that.

As part of the feedback received from various participants during the consultation period, flexibility was recognized as a major factor to ensure that the Instrument is viable in the long term and as such, the final version reduces the scope of its application to certain issuers, exempts certain disclosures and allows an issuer to incorporate by reference certain disclosure in an MD&A or a news release.

When the CSA first introduced the Instrument in 2018, they stated that no increase in costs was expected for the issuers to comply with the new disclosure requirements mainly because the Instrument had substantially incorporated the disclosure guidance that was already required pursuant to Staff Notice 52-306. However, the CSA conceded that the introduction of new concepts, such as segment measures, capital management measures, and supplementary financial measures, together with associated disclosure requirements, could result in additional administrative costs for the issuers, at least in the first reporting period if such measures were to be disclosed. The CSA qualified such costs of "immaterial" at the time. It remains to be seen, now that the Instrument is in its final version, how much time and money the issuers will need to spend to understand and conform to the new 30-pages long rules and guidance.

Furthermore, even though the Instrument states that the required disclosure of comparative information for non-GAAP figures can be omitted if it is "impracticable" to do so, the cost or the time involved in preparing such disclosure would not be sufficient rationale for an issuer to avoid providing such disclosure.

The Instrument is final but it is not immune to additional amendments due to the potential changes to International Financial Reporting Standards (IFRS). The International Accounting Standards Board (IASB) has published in January 2021 proposals for changes to IFRS to give investors better information about issuers' financial performance. These changes could, among other things, change the structure and content of the income statement and result in some non-GAAP measures being included in a note to the financial statements and could thus require new mandatory disclosure. As the IASB proposals are at an early stage, it is difficult to determine what changes, if any, will be made to IFRS. The CSA mentioned monitoring those IASB proposals and will consider at that time if changes to IFRS will also mean further changes to securities legislation, including the Instrument. 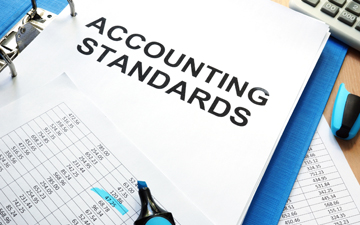 Following stakeholder consultation, the umbrella group of securities regulators has made substantive changes to the proposed instrument
Profession