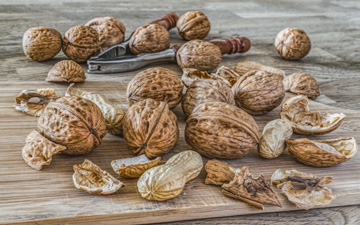 Canada Revenue Agency claim does not account for objections, appeals

TORONTO, June 6, 2019 – The Canada Revenue Agency (the “CRA”) recently published a news release, in which it identifies over $1 billion in unpaid taxes in the B.C. and Ontario real estate sectors since 2015. Nevertheless, it remains unclear how much of this amount will remain after taxpayers file subsequent objections and appeals to these reassessments.

As we discussed in our previous blog post: CRA Crackdown Eyes Toronto and Vancouver Property Sales: Worth $600 Million in Lost Revenue, the CRA is focused on enforcement in the Toronto and Vancouver real estate industry. Over the past four years, CRA auditors reviewed over 41,700 files in Ontario and BC, identifying $604.5 million from Ontario and $422.6 million from BC for recovery. The audits resulted in over $100 million in assessed penalties, for those who are alleged to have knowingly made false statements on their returns.

The majority of the audited files were from Ontario (34,314). Of the $604.5 million identified in the Ontario audits, 64 per cent were assessed on GST/HST rebates on the sale of new homes or residential rental properties.

Some of the increased enforcement can be attributed to an improvement in data collection in BC’s real estate transactions, which the province now shares with the CRA.

The 2019 Federal Budget proposes to further increase compliance actions by providing $50 million over five years and $10 million ongoing to create a Real Estate Task Force that will focus initially on the Greater Toronto and Greater Vancouver areas.

The $1 billion that was identified came from audits in three areas: unreported income tax, unpaid GST or HST on new home construction; and the GST/HST rebate available to new home buyers if it is their primary residence or a relative’s primary place of residence.

As the tally now tops a billion dollars in potential revenue, it is important to note that this figure does not account for any forthcoming objections or appeals. In last year’s Auditor General (“AG”) report: “Compliance Activities—Canada Revenue Agency”, the AG makes clear the CRA does not measure i) the revenue lost through taxpayer objection or appeal and ii) taxes that were assessed and never collected in their revenue figures. Nevertheless, these are eventualities and will surely reduce the net revenue as taxpayers are given an opportunity to make their case.

Taxpayers have one year after the tax filing deadline for the return or 90 days from the date of their notice of assessment or determination to file a notice of objection with the CRA. If a taxpayer disagrees with the CRA’s conclusion after receiving the CRA’s notice of confirmation, notice of reassessment or notice of redetermination, the taxpayer may file an appeal to the Tax Court of Canada within 90 days of receiving the relevant document; additionally, taxpayers may opt to file an appeal in the Tax Court if their objection isn’t resolved within 90 days for Income Tax matters and 180 days for GST/HST matters.

Was it worth changing the VDP program for 100 Paradise Papers audits?
Taxation