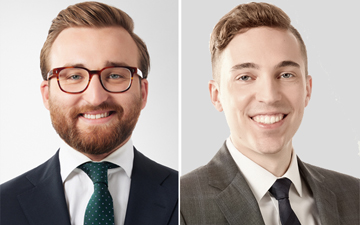 The Department of Finance (Canada) (Finance) released draft legislation on February 4, 2022 that would limit the deduction of "interest and financing expenses" to a fixed percentage of earnings before interest, taxes, depreciation and amortization (EBITDA) for Canadian income tax purposes (EIFEL rules). Following a consultation period during which the department received more than 60 submissions, Finance confirmed (during the International Fiscal Association Canada Tax Conference held on May 17, 2022 [IFA Conference]) that it would be proceeding with the implementation of the proposed EIFEL (excessive interest and financing expenses limitation) rules in substantially the same form as initially proposed, with a few notable proposed changes that are being considered.

The EIFEL regime follows a comprehensive international effort to combat base erosion and profit shifting (BEPS). Specifically, the EIFEL rules stem from recommendations made by the Organisation for Economic Co-operation and Development (OECD) in its Action 4 report in October 2015 under the BEPS Action Plan. By implementing the EIFEL rules, Finance is seeking to prevent tax-planning techniques used by multinationals whereby favourable tax results are obtained by shifting taxable income from entities in high-tax jurisdictions to recipients that are not subject to tax or that are taxed at comparatively low tax rates or not at all.

While the rules are not meant to apply to purely domestic entities, the "excluded entity" exception is quite narrow and thus the threshold for application of the rules is low. In other words, a significant number of taxpayers will not qualify as excluded entities and therefore will be subject to the new restrictions on the deduction of interest and financing expenses, even though their activities are not motivated by tax avoidance.

The main rule of the EIFEL regime limits for a given taxpayer "the amount of net interest and financing expenses that may be deducted in computing a taxpayer's income to no more than a fixed ratio of EBITDA." No deduction is available in respect of any interest and financing expenses in excess of 30% (or, in 2023, 40%) of EBITDA. Note that the calculation of EBITDA under the EIFEL regime (i.e., for tax purposes) can differ from EBITDA as stated in a taxpayer's financial statements.

The EIFEL rules allow taxpayers to carry forward excess capacity to deduct interest for three years and the restricted interest and financing expense for 20 years.

As an alternative to the fixed ratio, the EIFEL proposals contain a rule applicable to corporate groups that have audited consolidated financial statements, or that would be so required to have such statements if the entities were subject to International Financial Reporting Standards. If the requirements under the group ratio are met, the Canadian members of a group of corporations and/or trusts can jointly elect into the group ratio rules for a taxation year. This election is made on an annual basis and, thus, a corporation within a group could opt to benefit from the group ratio one year and choose to benefit from the fixed ratio in another year.

If the formula used to calculate the group ratio yields a ratio greater than the fixed ratio, the taxpayer can deduct interest and financing expenses in excess of the fixed ratio. The maximum interest and financing expenses the group members are collectively permitted to deduct is generally determined by the total of each member's EBITDA, as calculated for tax purposes, multiplied by the group ratio. The group then allocates this amount among its members according to its group ratio election. The maximum effective ratio is calculated as follows:

Marc Pietro Allard is an associate and Marc André Gaudreau Duval is a partner at Davies Ward Phillips & Vineberg LLP ("Davies") in Montréal.

How the consequences of COVID-19 impact TP reporting and compliance is complex, say Claire M.C. Kennedy and Hennadiy Kutsenko of Bennett Jones
Global