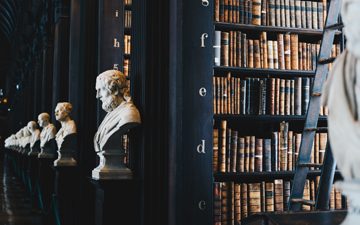 TORONTO – For most persons, tax is an "unpleasant subject" of complex and inexplicable rules, administered with bureaucratic ferocity and resulting in expensive litigation over an extended period. Tax law, however, has evolved over many centuries and is at the root of some of our most cherished values in the rule of law.

The word "tax" itself has been associated in history with unpleasant events, such as wars and revolutions. It derives from the Latin "taxare": "to name; to describe; to heap up; to appraise; to tax." Taxes are essentially compulsory expropriations levied on persons, property, or businesses to support expenditures by government, hopefully, for the public good.

Historically, taxes also had some religious significance, particularly in ancient Greece and in the Roman Empire. We see this in the Brancacci Chapel in Florence, where the fresco "Rendering of the Tribute Money" depicts the gods approving the Florentine income tax.

The religious association of taxes disappeared and was replaced by the sovereign rights of rulers to embark on new levies. We see the origins of the "newer" taxes in medieval England in the feudal system of landholding, under which the King ultimately held all land through a complex web stretching down from the monarch to the rural peasantry at the bottom. Everyone in this hierarchy had allocated feudal rights, which came with obligations regulated by custom.

The King was entitled to many traditional forms of payments. For example, he could demand money from his tenants-in-chief on the marriage of their eldest daughter, or when his tenants' heirs inherited their estates. He had the lucrative right of wardship over tenants' heirs who were minors, and he could control the marriage of his tenants' widows and heirs. To the extent that the payments were compulsory appropriations, they were, in effect, "taxes." The barons also owed 'scutage' to the King, a payment in lieu of military service.

King John (1199-1216) repeatedly breached the bounds of traditional practices by exploiting his feudal [taxing] rights to excess. After many years of unsuccessful foreign policies and heavy taxation demands, King John was facing down a possible rebellion by the country's powerful barons. In May 1215, a group of barons, who were discontented with the King, rebelled. Led by Robert Fitzwalter (1162-1235), who called himself "Marshal of the Army of God and Holy Church," the rebel barons captured London on 17 May 1215, and the following month finally forced King John to sign Magna Carta ("the Great Charter").

The authority to tax is now incorporated in the Canadian constitutional parliamentary tradition that only elected officials who represent the people can impose taxes.

Following The Battle of Waterloo (June 18, 1815), where the Duke of Wellington (the "Iron Duke") defeated Napoleon, opponents of the income tax forced it to be abolished and even demanded the destruction of all documents that referred to the law. Only one copy was saved in the basement of the English tax court and it became the model of the modern-day tax system.

The story of income tax in the United States is similarly rooted in war. The Boston Tea Party was essentially a revolution against Great Britain's Stamp Tax on everything from tea to legal documents. The revolution gave birth to the phrase "No taxation without representation," which underlies the American Constitution and is also incorporated in the Westminster parliamentary system of Canadian tax law.1

In Canada, before World War I, the principal sources of revenue were customs duties, excise taxes and revenues from postal services. Sir Robert Borden, Prime Minister of Canada, introduced the federal income tax on business profits in 1916 and a tax on personal income on September 20, 1917. Both taxes were tabled as temporary measures to finance World War I. The cost of the war had reached $600 million in 1916 dollars.

In introducing the tax, Sir Thomas White — Minister of Finance (Leeds), speaking to the Committee of the Whole in the House of Commons, said:

"Mr. Chairman, I desire today to lay before this committee proposals for a national measure of income taxation. Hitherto we have relied upon duties of customs and of excise, postal rates and other miscellaneous sources of revenue. Canada has been, and will continue during the lifetime of those present today, to be a country inviting immigration. I have, therefore, thought it desirable that we should not be known to the outside world as a country of heavy individual taxation.

Therefore, I have placed no time limit upon this measure but merely have placed upon Hansard the suggestion that, a year or two after the war is over, the measure should be reviewed by the minister of finance of the day, with a view of judging whether it is suitable to the conditions which then prevail."

His statements were prophetic. There is indeed no time limit on taxation and governments do review our taxes annually. However, it was not until 1949 that Louis St. Laurent finally made income taxes permanent in Canada.

The Income War Tax Act of 1917 was all of ten pages. It has since grown through several reincarnations of "tax reform" into the Act of today – over 3,500 pages and expanding annually at a healthy pace.2 Of course, the nature of the Canadian income tax system has also changed significantly since its introduction. For example, in 1917, the Income War Tax Act exempted the first $1,500 of income — about $30,720 in 2020 dollars — from any tax whatsoever. The top rate of 25% applied only to income over $2,048,000 in 2020 dollars.

However, income tax law has evolved beyond wars and is now more concerned with social, economic, and political objectives. Income redistribution is one of the dominant themes of tax legislation. The top federal marginal rate of 33% now kicks in at $210,372 (2019).

Tax law has evolved into an aspect of behavioral finance. The rules are used to invoke behavioural responses from taxpayers to respond to economic incentives and sanctions. For example, there are special tax rules to encourage Canadian culture and foreign films made in Canada [see: sections 125.4 125.5], discourage advertising in foreign magazines [subsection 19(1)], provide labour credits for journalism organizations [section 125.6] and digital news subscriptions [section 118.02], and promote gender equality [the February 27, 2018 Federal Budget of 362 pages mentioned women 358 times].

There have been numerous studies of the tax law with the purported purpose of "tax reform." The most significant study was the Carter Commission (1966), which received universal acclaim. As Boris I. Bittker, Southmayd Professor of Law, Yale University said of the Report in The University of Chicago Law Review, Volume 35, 637:

Rare praise indeed from an American source for a Canadian proposal. Regrettably, the acclaim did not capture the imagination of Canadian professionals and politicians. The Act (tabled in the House of Commons June 18, 1971, exactly 156 years later to the day after the Battle of Waterloo) ignored the most significant proposals of the Report, including the concept that "a buck is a buck."

Since then, there have been numerous calls for so-called "reform" and "simplification" of the statute. All with minimal success. The statute is now virtually incomprehensible to the average person, who must, nevertheless, comply with it under threat of severe sanctions for non-compliance. As the Joint Committee on Taxation of the Canadian Bar Association and the Canadian Institute of Chartered Accountants, in addressing the House of Commons Committee on Finance and Economic Affairs, said:

Tax professionals have all but abandoned any hope of tax simplification. In 1997, for example, the Report of the Technical Committee on Business Taxation reported:3

That was in 1997. Today, in 2020, as we engage in digital technology that crosses national boundaries, the size, scope and complexity of our tax rules is exponentially greater. International bureaucrats of the Organisation for Economic Co-operation and Development ( OECD), which represents 34 countries seek to accommodate the politics of numerous states. They emerge with "consensus" on higher rates and new taxes, which results in even more complex legislation [See, for example, the latest effort in the Multilateral Instrument (MLI), which comes into effect in 2020].

However, taxpayers must live with the complexity of the statute, pay for professional advice to comply with the law and then pay counsel to resolve their disputes in the courts. Tax litigation is a slow, arduous, and expensive process. It is not unusual for disputes of moderate complexity to extend to ten years. Complex files can drag on for fifteen to twenty years. Hence, we call it the "unpleasant subject of taxes."

1 The Westminster system is a parliamentary system of government modeled after that which developed in the United Kingdom. The term comes from the Palace of Westminster, the seat of the British Parliament. The system is a series of procedures for operating a legislature.
2 Up from 2,000 pages since 2004.
3 Report of the Technical Committee on Business Taxation (December 1997), A Report to the Minister of Finance, at 1.2.