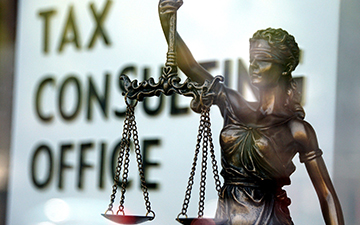 TORONTO – Tax policy should be concerned with the effectiveness and efficiency of compromises between a nation's economic, social, cultural and political values. Canada last considered serious policy analysis in the Carter Commission Report, published after thorough and rigorous analysis in 1966. The Liberal government of the day rejected most of the fundamental strictures of that study, most notably the basic tenet that a "buck is a buck." Since then the Income Tax Act has grown to 3,500 dense pages that fuel the resources of law and accounting firms and empty the pockets of middle income taxpayers. Complex tax law results in prolonged litigation that further drains the economic resources of taxpayers, particularly those in the lower and middle income groups. There is talk about tax simplification, but very little bureaucratic enthusiasm for its implementation.

All tax law is driven by policy. Every rule has an underlying rationale, which is translated into legislative language in the tax statute. However, sloppy drafting or statutory interpretation of rules can distort or thwart their policies. Tax policy concerns the efficiency with which we implement transfers of resources from the private to the public sector, and the value and benefit that society derives from such transfers.

Study of tax policy is not new. In 1776, Adam Smith, a Scottish economist and moral philosopher, considered the principles of taxation in The Wealth of Nations, where he asked four fundamental questions:1

He responded to these questions with four maxims of what constitutes "good" taxation.

Modern tax laws have all but abandoned the principle of not imposing deadweight loss on taxpayers. Smith described four ways in which taxes create deadweight losses:

Smith's four principles remain the focus of tax policy debate to this day. The federal government talks up "tax simplification" during elections and delivers complicated reforms. See, for example, the Tax on Split Income (TOSI) rules, which remain a mystery one year after their enactment into law.

Smith's observations on "deadweight costs" on economic efficiency are all but ignored. A tax system should raise sufficient revenue to finance government operations. A good tax system, however, is also concerned with the manner in which we collect the revenue. It should be neutral and efficient, fair and equitable, certain, and importantly, administratively simple to comply with. These are often conflicting goals, and all the more so if we use tax law to implement economic, social, political, and cultural objectives. Ultimately, all tax law is a compromise of competing values.

Tax policy analysis must evaluate the effectiveness and efficiency of these compromises. Smith's four maxims of what is "good" taxation should be compulsory reading for every bureaucrat in the office of the Minister of Finance and the newly appointed Associate Minister of Finance, who is mandated to look after the "middle class." What Canada needs is less talk about tax simplification, more action on implementation and fewer ministers.

Footnotes
1  An Inquiry into the Nature and Causes of the Wealth of Nations, [1776] W. Strahan and T. Cadell, London.

Allan Lanthier responds to critics of his Financial Post article