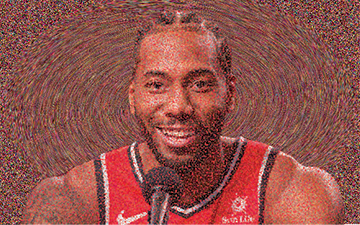 The Raptors have made the NBA finals! But what are their chances of signing Kawhi Leonard under a salary cap?

WATERLOO – In 2015, the National Basketball Association’s salary cap increased from $70 million to $94.1 million. This was considered the biggest jump in the history of the NBA. It was a consequence of a massive $24 billion television and media rights deal with ESPN and TNT.

After the deal was signed, NBA commissioner Adam Silver predicted there would be “unintended consequences.” He was alluding to the creation of superteams, defined by having multiple superstars. Silver is no fan of superteams because he believes they don’t promote a level playing field.

When two superteams, the Golden State Warriors and the Cleveland Cavaliers, appeared in the NBA finals for the fourth consecutive year, from 2015 to 2018, his concerns about parity grew. Perhaps Silver was oblivious to the long history of competitive balance issues in the NBA.

Competitive balance in the NBA vs MLB

As a sports fan and researcher, it strikes me as odd that the NBA has competitive balance issues considering the presence of salary caps. In Bruce Dowbiggin’s book Cap in Hand: How Salary Caps are Killing Pro Sports and Why the Free Market Could Save Them, he refers to salary caps as a socialist system of governance, whereby it is used as a tool to control team spending.

Some leagues don’t have a cap on what they can spend. Major League Baseball (MLB), for example, has a free-market system. Instead of putting a cap on what teams can spend, owners pay a tax for spending above the threshold.

This allows big market teams, such as the New York Yankees, to easily recruit elite players. Superteams are the norm, not the exception. As such, one would figure that competitive balance in the MLB would be far worse compared to the NBA, but evidence suggests otherwise.

David Berri, a professor of economics at Southern Utah University, found that both leagues have competitive imbalances despite governing under different systems.

He used the Noll-Scully ratio as a metric to measure parity. This ratio would be 1.00 in a league that is perfectly balanced. His research showed that the NBA’s Noll-Scully ratio continuously remained at 2.50, while the MLB’s average ratio was 1.90 in the American League and 1.69 in the National League.

Money as a powerful negotiating tool

Salary caps don’t have any statistically significant impact on competitive balance. That’s why I think they do more harm than good. Take the Toronto Raptors for instance. Given that the Raptors have the fourth largest media market and are ranked 12th in terms of franchise value, signing elite free agents shouldn’t be much of a problem. The Raptors have the money to lure top players. But sadly, attracting them is a problem — Toronto is considered one of the least preferred destinations for elite players to sign.

That’s because Raptors are the highest taxed players in the NBA, Toronto has frigid winters compared to many other NBA cities, and the Raptors are a Canadian, not an American, team — and most players are American and prefer to belong to U.S. teams. Of course, it’s not only limited to these reasons. By pursuing free markets, the Raptors could be a more attractive free-agent destination.

The future of the NBA

As salary caps are expected to increase, it’ll make it easier for teams to sign multiple superstars. 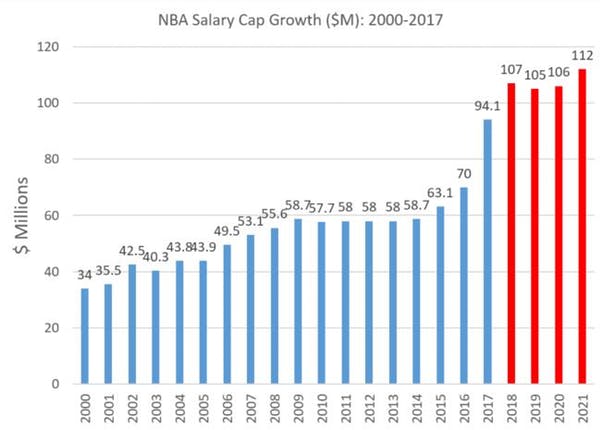 The NBA could go in two completely different directions.

It could try to become more competitively balanced by implementing hard caps. A hard cap means that a team is not allowed to exceed the salary cap. The NBA has soft caps that permits teams to spend over the cap in certain situations. The National Hockey League uses a hard cap, and has proven to be somewhat successful in achieving parity.

Another option would be for the NBA to pursue free markets. This means that they would eliminate the salary cap, and instead only have a luxury tax that teams would be required to pay if they go above a set threshold. It’s how Major League Baseball operates.

The luxury tax option would be more beneficial for the Toronto Raptors, because they could attract top players with the promise of higher salaries. Unfortunately, I’m afraid the league is more interested in implementing hard caps.

At the moment, Raptor star Kawhi Leonard will be a free agent this year. Let’s see what the Raptors can do, if anything, to keep him in Toronto without money being a deciding factor.

Vinu Selvaratnam is Master of Arts candidate in recreation and leisure studies at the University of Waterloo. This article is republished from The Conversation under a Creative Commons licence. Illustration by Canadian Accountant.