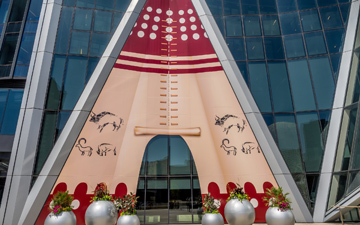 Most Indigenous people in Canada pay tax. Do they get the same level of service?

VICTORIA – There is a common misconception among Canadians that Indigenous people do not pay any taxes. It perpetuates harmful stereotypes and hinders non-Indigenous Canadians from reconciling with the truths of Canada’s colonial history and present.

In reality, Indigenous Peoples are subject to the same tax rules as any other Canadian, unless they are eligible for tax exemption under Section 87 of the Indian Act. However, there is still considerable misunderstanding about how this exemption is applied.

The term “Indian” is an outdated, pejorative term that is no longer used to refer to Indigenous people in Canada, but it is the legal term used under the Indian Act to designate persons and “bands” to which the Act applies, which is why we are using it here.

The Indian Act is an evolving piece of colonial legislation that has continually governed the affairs of Indigenous Peoples since before Confederation. In 1867, the federal government assumed full jurisdiction over “Indians and lands reserved for Indians” under subsection 91(24) of the Constitution Act.

The first consolidation of the Indian Act was passed by Alexander Mackenzie’s Liberal government in 1876. The legislation was designed to “civilize” Indigenous peoples through “enfranchisement.” This was accomplished by controlling the registration of “status Indians,” which encouraged the renouncement of status by Indigenous people.

Even though the legal term “Indian” is supposed to apply to all Indigenous Peoples in Canada, the term “Indian” in the Indian Act has been applied by administrative bodies and courts to exclude not only Métis and Inuit peoples, but many other Indigenous peoples as well.

The taxation exemption is housed in paragraph 87(1)(b) of the Indian Act. It exempts “the personal property of an Indian or a band situated on a reserve.”

This provision has been interpreted to mean the income of someone registered, or eligible to be registered, as a status Indian will be exempt if that income is located on a reserve. However, because income is not tangible personal property, the courts have criteria for determining whether a status Indian’s income can be said to be located on reserve.

Since not all Indigenous people are Indians under the Indian Act, and because not all Indians earn income that could be said to be located on reserve, the exemption is very narrow.

While a status Indian doesn’t need to live on reserve to be subject to the exemption, it’s easier for them to get the exemption if they do. As of 2016, there were 1.7 million First Nations, Inuit and Métis people living in Canada, 745,000 of which were “status” or “registered Indians.”

Of that number, 44 per cent lived on reserve and about 200,000 were of working age (between the ages of 14 and 65). Of the working population, about 75,000 earned under $10,000 in annual income or less, meaning they would not have paid tax, regardless of their identity or place of residence.

This left around 130,000 people — just eight per cent of Canada’s Indigenous population — who could potentially qualify for the Section 87 exemption. However, this number is likely lower because status Indians only qualify for the exemption if their income is connected to a reserve.

This doesn’t just require a status Indian’s employer to be located on reserve, but also that the connection be supported by a real relationship and be more than a head office or place to pick up cheques.

While it is possible for a status Indian who resides off-reserve to claim the tax exemption, it’s more difficult for them to satisfy the necessary criteria. Courts must determine how much of a status Indian’s income is connected to a reserve by looking at several factors, including:

Since the majority of Indigenous people in Canada pay tax to the federal and provincial governments, this deficit of received services is not on par with the fiscal burden of taxes they bear, in addition to the historical weight of poverty wrought by the dispossession of their lands and resources by colonial governments.

A video explaining how Indigenous tax exemption works in Canada.

Instead of questioning whether or not Indigenous people pay taxes, a more important question non-Indigenous Canadians should ask is whether Canada can make good on treaty promises or legal overtures to make room for Indigenous governments to assume authority over their own taxes.

In recent years, there has been movement in this direction by the federal government. And as Canada has committed to aligning Canadian law with the UN Declaration on the Rights of Indigenous Peoples, there is good reason to hope that the way the colonization of Indigenous peoples has financed Canadian prosperity can finally be brought into the open.

Bradley Bryan is an assistant professor in the faculty of law at the University of Victoria. Iain Thomas, a member of the Snuneymuxw First Nation and recent Juris Doctor graduate from the University of Victoria’s Faculty of Law, co-authored this article. Read the original article (with links) on The Conversation Canada. Top image: The Bow Tower, headquarters of  Cenovus and Encana, decorated  with with a Blackfoot Indian Tepe for the Calgary Stampede on July 11, 2014 in Calgary, Alberta Canada (iSTOCK).

The Canadian Taxpayers Federation’s politics are anti-Indigenous — so why do media outlets still quote them?

Canadian journalists should be wary of groups like the CTF, says Sociology Professor Kyle Willmott
Profession

The CRA disputes allegations of Northern Canada service issues, in the first of a three-part series by business reporter Jeff Buckstein
Profession