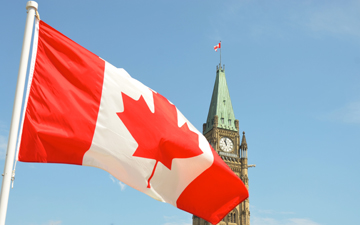 OTTAWA – One of the Liberal Party’s 2019 election campaign proposals was to limit a corporation’s deductible interest expense to 30 percent of earnings before interest, taxes, depreciation and amortization (EBITDA).

It would be a mistake to include this measure in the upcoming federal budget. The proposal duplicates existing restrictions and should be scrapped.

In 2013, with the support of all member countries of the OECD and the G20, the OECD began work on a 15-point plan to address global tax avoidance by multinational enterprises (MNEs) – the base erosion and profit shifting (BEPS) initiative. That work continues, with members of the so-called “Inclusive Framework” – which now includes 137 countries – working towards a consensus on radical new international tax rules by the end of 2020.[i]

As an early part of the BEPS initiative, the OECD issued a report in 2015 focused on base erosion involving interest deductions. The report recommended that deductible interest be limited to 10 to 30 percent of EBITDA.

The OECD’s concern is that money is mobile and fungible, and that MNEs can transfer debt to higher-tax countries, often via intra-group financing arrangements (otherwise known as “double-dips”). While the OECD acknowledges that there are various approaches to limit debt leveraging, it recommends the concept of interest expense to EBITDA.

Since 2015, most EU member countries have either retained or adopted this type of limitation, as have some countries outside the EU, including the United States. Canada has not, nor should it.

Why the OECD proposal should not be adopted by Canada

Canada already has two sets of rules that address excessive debt leveraging – the “thin capitalization” provisions that limit deductible interest for inbound investment by non-residents, and the “foreign affiliate dumping” (FAD) rules that apply to outbound investment in foreign affiliates by Canadian corporations that are controlled by non-residents.[ii]

First, thin capitalization. In 1972, Canada became one of the first countries to adopt such rules. In general terms, a 1.5 to 1 debt-equity ratio applies on loans to a Canadian corporation from non-resident shareholders who own at least 25 percent of the corporation’s shares. Deductions are denied for interest paid on debt that exceeds this ratio, and any excess interest expense is taxed as a deemed dividend to the non-resident.

Then came the FAD rules, introduced in 2012 following an ill-fated attempt by Jim Flaherty to deny interest expense for investments in foreign affiliates. Under these rules, if a Canadian corporation is controlled by a non-resident and invests in a foreign affiliate, the full amount of the investment is often treated as a taxable dividend to the non-resident parent company.

The government could have denied interest expense on funds borrowed to invest in foreign affiliates, or deemed the amount of the investment to be a taxable dividend. Either approach would have prevented debt leveraging: it opted for the second.

The FAD rules therefore do not limit the deductibility of interest expense. They go much further, and prevent any foreign affiliate investment at all by a foreign-controlled corporation unless it has sufficient “paid-up capital” to avoid a taxable dividend.

Beyond those duplication issues, an earnings based limitation would be harmful to businesses that are cyclical in nature, and to start-ups and scale-ups if earnings are low.

Special rules would be required for industry sectors that are typically more highly-leveraged than others, such as utilities and real estate. And the legislative language would be horribly complex, particularly considering that Canadian corporate groups cannot file on a consolidated basis for tax purposes.

In short, the proposed limitation is misguided and unnecessary, and should be abandoned.

[i] On January 31, 2020, the OECD issued its most recent statement on the BEPS initiative, including a revised work plan for “Pillar One” (revised nexus and profit allocation rules) and a progress update on “Pillar Two” (new global minimum tax rules).
[ii] Subsection 18(4) and section 212.3 respectively of the federal Income Tax Act.

Allan Lanthier is a retired senior partner of a global accounting firm and has been an advisor to both the Department of Finance and the Canada Revenue Agency. An earlier version of this article was published by the C. D. Howe Institute as an Intelligence Memo on February 19, 2020. Image by Jason Hafso on Unsplash.