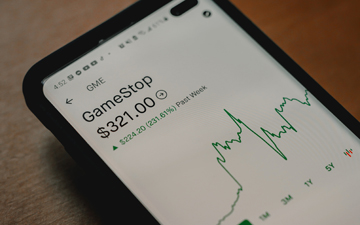 For speculators in GameStop, the taxman awaits around the corner, says Vern Krishna, FCGA, FCPA, CM, QC of TaxChambers LLP

TORONTO – In the past two weeks, we saw frenzied buying and selling of shares with minimal intrinsic value but high speculative interest in the "shorts market," where traders sell shares first hoping to buy them back later at a cheaper price. As with all financial transactions, there are consequences. The taxman awaits around the corner.

Speculators drove up the prices of GameStop, AMC Entertainment and Blackberry through platforms such as Robinhood Markets Inc., which brought a flood of first-time traders to the stock market. The hype created and destroyed billions of dollars of on-paper wealth. GameStop shares hit $483 U.S. on January 28, up from $18 a share three weeks earlier, and then fell to $47.81 U.S. by February 9. Some were trading in their cars whilst stopped at a red light.

People are entitled to buy whatever they want on the stock market. As Harvey Pitt, a former SEC chairman said (WSJ February 8, 2021): "You can sell garbage to the public as long as you say to the public, 'This is garbage and you'd be an idiot to buy it, but would you like to buy it?". The Canada Revenue Agency ("CRA") agrees as long as the people are willing to pay their taxes. Therein lies the hidden tax trap.

A basic principle of the stock market is that for every sale there is a purchaser, which is what makes it an efficient auction even for garbage. However, as in musical chairs, there are always some left standing when the music stops. Investors who sold their winners can celebrate but need to set aside cash for paying taxes when they come due. There are no withholding taxes at source on stock trades so the winners should set aside some money for the taxman. Traders who bought high and sold low will need to consider what to do with their losses.

A common fallacy amongst stock traders is that all income is equal and taxable at the same rate. Nothing could be further from the truth. The quintessential characteristic of the Canadian income tax system is that we must calculate our income from each source separately and put each source into different silos to which we then apply different rules and rates. The rates for individuals vary from 0 to 54%.

Which brings us to the critical question: what is a capital gain or loss? The Income Tax Act does not define either in any meaningful way. Taxpayers must fathom the difference between the two from the case law, which is obtuse for anyone who has not taken several advanced courses in tax law. The CRA is equally unaware of the distinction between the two. However, it has the advantage that it can assess the taxpayer, who then shoulders the burden of proof and costs of tax litigation, which can take anywhere from 3 to 5 years in non-pandemic times. These days we can add another 2 years.

In theory, the difference between capital gains and income is simple. Income derives from "trading"; capital gains from selling "investments". The courts use analogies to distinguish between the two. For example:

"The fundamental relation of "capital" to "income" has been much discussed by economists, the former being likened to the tree or the land, the latter to the fruit or the crop; the former depicted as a reservoir supplied from springs, the latter as the outlet stream, to be measured by its flow during a period of time".

The tree is the capital that produces a yield (the fruit), and income is the profit that derives when we sell the fruit. A gain from the sale of the tree itself is on account of capital.

The analogy is easy when it is obvious. For example:

The problem in practice is that we must determine whether the property represents capital or is trading inventory. The distinction between the two depends upon the taxpayer's intentions when he or she acquires the property. For example, an individual who purchases shares with the intention to "flip" them will realize business income when she sells the shares. In contrast, if she acquires the shares as an investment, any gain or loss when she disposes of them will be on account of capital. Hence, we must objectively analyse her state of mind when she acquired the shares.

The crucial distinction is the taxpayer's operative intention at the time she acquires the property. Was the taxpayer intending to trade (do business) or invest (hold property)? An "investment" is an asset or property that one acquires with the intention of holding or using to produce income. Thus, in tax law, an investment is a means to an end. Where a taxpayer acquires property with an intention to trade – that is, to purchase and resell the property at a profit – any gain or loss from the trade is business income (loss). Hence, "flipping" stock suggests trading for business income.

The distinction between trading and investing does not depend upon the taxpayer's desire to make a profit. No one wants to make a loss. Everyone wants to make a profit, whether they are trading or investing. Trading implies a profit-making scheme to earn income by buying and selling property. Investment implies acquiring and holding an asset for its potential yield, but with the expectation that the investment may, at some time, be sold for a profit.

Suppose that an individual acquires shares at $40 per share and they rise in value to $400 per share. The characterization of the $360 gain depends upon his intention at the time he bought the shares. If his regular practice is to acquire and sell shares for trading purposes, then the gain of $360 is business income as he is trading in his inventory of property. If, however, he acquires the shares as an investment and sells them when his plans change, the gain is a capital gain and only $180 will be taxable. Flipping shares is evidence of a trading intention.

Every seller has a buyer. If the purchaser who bought the shares at $400 per share sells when the shares drop to $10, the loss of $390 is attributable according to the same rules. The loss will be fully deductible if it is on account of business, but only $195 will be deductible if it is on account of capital. However, in the latter case, there is the additional kicker. The capital loss of $195 can be offset only against other capital gains.

So how do we determine a taxpayer's intentions in buying and selling property or vice versa? The only conclusive rule is: No single factor is conclusively determinative. We must look at the circumstances of the transaction and balance multiple indicia to determine the taxpayer's intention. As one judge said: "... a common sense appreciation of all the guiding features will provide the ultimate answer." The common sense answer becomes clear when the judge pronounces it. However, until then, taxpayers must determine the answer before filing their tax returns and not with the benefit of ex post analysis

Here we see the problem with flipping shares. We determine this on a balance of probabilities. Hence, taxpayer credibility is always in issue. Speculators in GameStop would need to show that their primary and secondary intentions were to invest and not to trade, which might be difficult for those who were trading in their cars whilst stopped at a red light.