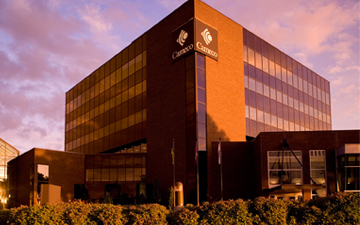 On February 18, 2021, the Supreme Court of Canada (SCC) declined to hear the appeal of the Canada Revenue Agency (CRA) from its loss before the Federal Court of Appeal (FCA) in Canada v. Cameco Corporation (2020 FCA 112) (Cameco).1 This exhausts the CRA's options for pursuing the re-assessment of the 2003, 2005 and 2006 taxation years of Cameco Corporation, a publicly-traded Canadian uranium miner. Logically, the same result should apply to Cameco's 2007-2014 taxation years, which were also re-assessed by the CRA on the same issue but have not yet been litigated.

Cameco was the first Canadian court case to consider the "transfer pricing recharacterizaton rule" (TPRR) in s. 247 of the Income Tax Act (Canada) (ITA). Cameco had created a European sales subsidiary (Salesco) which entered into certain commercial opportunities to acquire uranium from arm's length third parties. Cameco also entered into long-term contracts to sell uranium it produced to Salesco, following which the price of uranium rose significantly.  As a result, profits from uranium sales by Salesco indirectly to buyers outside of Canada were realized largely in Switzerland by Salesco rather than in Canada by Cameco.

The CRA re-assessed Cameco, attributing to it all of the profits earned by Salesco. The bases for this re-assessment were that:

The Tax Court of Canada decisively rejected both of these arguments, finding that the taxpayer's legal transactions were exactly as they were presented as being (defeating the "sham" argument), and that Canada's transfer pricing rules in s. 247 (which are based on meeting the arm's-length standard) had been complied with in full.2 The CRA appealed to the FCA, dropping the "sham" assertion but pursuing the transfer pricing argument. In particular, the CRA sought to apply the TPRR in s. 247(2)(b) ITA, applicable when a Canadian taxpayer (Cameco) and a non-arm's length non-resident (Salesco) participate in a transaction or a series of transactions that:

The FCA categorically rejected the CRA's interpretation, on the basis that it simply was not supported by the text of the TPRR, and the results it produced did not make sense:

(b) the transaction or series

Fundamentally, the CRA's interpretation failed because it started from a flawed understanding of what s. 247 is trying to accomplish. Canada's transfer pricing rules were never intended to force MNEs to conduct themselves as a series of standalone entities with no common strategy or synergies. To the contrary, the ITA accepts that parent companies provide strategic direction to subsidiaries in other countries and often use foreign subsidiaries to carry on business outside of Canada rather than doing so directly. This is evidenced by provisions in Canada's controlled foreign corporation (CFC) rules that:

The CRA was never able to explain to the courts why it is that the TPRR should be interpreted in a way entirely contrary to those elements of Canada's CFC rules, and as a result it is not surprising that the taxpayer prevailed.

The key takeaways from the Cameco saga are as follows:

Steve Suarez is a partner in the Toronto office of Borden Ladner Gervais LLP ("BLG"). Top photo of Cameco headquarters courtesy of Cameco.

1 There is no automatic right of appeal to the SCC in tax cases: the SCC chooses whether or not to hear appeals.
2 For a detailed discussion of this decision, see Suarez, "The Cameco Transfer Pricing Decision: A Victory for the Rule of Law and the Canadian Taxpayer," Tax Notes International, November 26, 2018, p. 877, available on Business Tax Canada website.
3 See statements made by the CRA on February 3, 2021 at a Canadian Tax Foundation transfer pricing conference.
4 See Suarez, "Transfer Pricing in Canada," Tax Notes International, December 2, 2019, p. 781 at p. 789, available at Business Tax Canada.
5 See CRA Notice to Tax Professionals dated February 26, 2020.
6 This was described by the SCC in Jean Coutu Group Inc. v. Canada, 2016 DTC 5134, para. 41, as "one of the fundamental principles of [the Canadian] tax system: that tax consequences flow from the legal relationships or transactions established by taxpayers."

Be careful what you ask for, says John A. Sorensen of Gowling WLG
Transfer Pricing