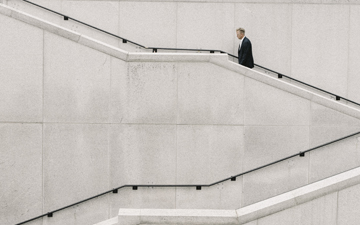 “Canada enters our rankings for the first time this year, taking up position mid-table for overall attractiveness and impressing us with the size of its market relative to GDP,” says Edward Haigh, director at Source Global Research. “Disruption is hitting Canada from all angles — Trump and trade, digital, talent outflows — and this will force clients to spend, even if they do so unwillingly.”

As reported by Canadian Accountant in June, the Big Four dominate the Canadian consulting landscape, competing “neck-and-neck” with technology firms in the lucrative digitization space, according to another Source Global Research report, “The Canada Consulting Market in 2018.”

According to the firm, the habit of Canadian companies to hire vendors rather than in-house expertise is a driver, perhaps due to the complexity of digital transitions in particular. “It’s in consultants’ favour that clients here have a bias towards hiring for specialist skills rather than for staff augmentation,”says the report.

The research firm estimates that the overall Canadian consulting market is valued at $5.22 billion (all figures in U.S. dollars). Seventy-five per cent of that large consulting pie is sliced for the big players. 2018 was another very good year for the consulting arms of accounting firms — dominated by the Big Four — which grew faster than the overall market (up 6.5 per cent to 1.55 billion) and faster than any other firm type.

“The market was very active in Canada in 2017, with lots of spend across all industries and all service offerings,” said John Moore, partner, national consulting leader, Canada, at PwC. “It was a really good market. We think this trend will continue, unless some macroeconomic event like inflation dampens overall GDP growth.”

“The economy is still doing well, and we expect the consulting market to remain relatively good in 2018,” said Wei Ke, managing partner at Simon-Kucher & Partners. “There are some big unknowns, though, and the US is proving to be a very interesting factor.”

The report suggests a characteristic Canadian wariness to business investment that is being shaken by disruption. “Given a choice, many Canadian clients would prefer to take a wait and see approach while the impact of tariffs and currency fluctuations play out, and as a result report a higher than average degree of wariness about discretionary consulting spend.”

It’s an interesting point, especially when viewed in the context of the recent announcement by Finance Minister Bill Morneau to offer lucrative tax breaks to the business community for capital investment. A long-time criticism of the Canadian business community is that companies do not keep pace with American capital investment, which has limited productivity growth. The report states that “lowish growth prospects and woeful revenues make a big dent in Canada’s attractiveness.”

The report is also noteworthy for Canada’s inverse ranking in the propensity of clients to buy consulting services (fifth out of 18 markets) as compared to average revenue per consultant (tied for last with Russia and Spain). Canada does, however, place seventh in talent, which is defined as “How easy it is to find and retain the people you need.”