To clean up Hockey Canada, financial transparency is a must 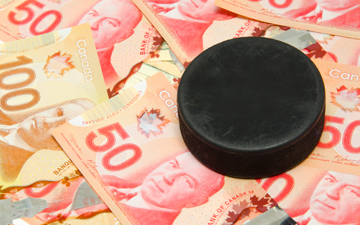 THERE is a transparency issue at the root of the Hockey Canada scandal. By now, most Canadians are well aware of how the organization used funds to cover up allegations of sexual misconduct. But Hockey Canada didn’t just betray the trust of the public — it also betrayed its own stakeholders.

When Hockey Canada opted to not inform funders, sponsors, members, players and parents about how it used its funds, it violated the trust of its stakeholders. This violation has far reaching implications about financial transparency — not only for Hockey Canada, but for the nonprofit sector as a whole.

As a result of the scandal, Hockey Canada has lost the support of numerous corporate sponsors and provincial members. This loss of trust will have important financial implications for Hockey Canada over the coming years.

Transparency in financial disclosure is a crucial part of ethical, responsible governance. Unless Hockey Canada prioritizes financial transparency, any attempts at reform will fall short.

This information was hidden from the public. Parents of amateur players, funders and sponsors were not aware of their funds being used to cover costs unrelated to amateur hockey. Financial statements from last year make no mention of claims for sexual assault.

Over the 2018-21 year period, Hockey Canada earned total net incomes of $26 million. Approximately 30 per cent of all of Hockey Canada’s revenue comes from marketing (about $20 million a year).

In addition, Hockey Canada claims an exemption for income tax purposes as a registered Canadian Amateur Athletic Association. Hockey Canada also received significant funding from the federal government, including more than $4 million per year over the last three years. The Hockey Canada Foundation had an additional sum of $27 million in net assets as of June 2021.

Hockey Canada has since claimed the reserve fund will no longer be used to settle claims and has announced it will not collect participant fees for the upcoming season.

We have several suggestions for how Hockey Canada can improve its financial transparency, organizational governance and accountability.

Knowing who Registered Canadian Amateur Athletic Associations (RCAAAs) are: RCAAAs were introduced in the 2011 federal budget to increase transparency in the charity/qualified donor sector. Information about them, although limited, is available from the Canada Revenue Agency. Key financial information, like tax forms and financial statements, are not included on the CRA website.

Disclosure of financial information: In addition to financial statements, information about a number of financial topics, such as compensation of the leadership team, is not available either. The details of the investigative reports — the Cromwell report, International Ice Hockey Federation investigation, and the investigation by Henein Hutchison LLP — surrounding the scandal should also be made public.

The scandal is a major turning point for the future of Hockey Canada. The organization must repair trust between itself and its stakeholders, starting with better transparency, governance and accountability.

Financial transparency is crucial for organizations like Hockey Canada that receive public funding. Any organization that receives public funding should be required to make their financial statements publicly available, not just to government officials. All RCAAA and charities should post their annual reports and audited financial statements on their websites and be clearer about fund use.

Other organizations should learn from Hockey Canada’s scandal and take the necessary steps to increase financial transparency — the sooner, the better. This needs to happen to avoid a further loss of stakeholder trust in the nonprofit sector. Transparency is a journey of trust and it’s time for the sporting community to embark on it.

WE Charity demise shows why trust, transparency are so critical for NGOs

Just in time for the playoffs, Dave Nonis scores a win in the Tax Court of Canada, six years after his dismissal as General Manager of the Toronto Maple Leafs