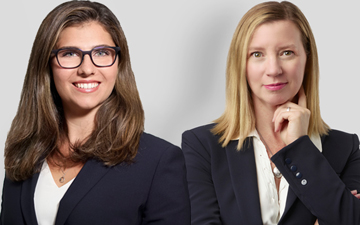 The COVID-19 pandemic brought delays, backlogs, and closures across the Canada Revenue Agency (CRA) in 2020. The audit division was no different. In March 2020, the CRA announced that it was suspending the vast majority of audit activity for a minimum of four weeks, other than audits involving the very largest taxpayers. This suspension meant that the CRA ceased requests for information relating to existing audits, finalizing existing audits, and issuing reassessments. Further, deadlines for information or document requests were suspended and no action was required from taxpayers under audit during this time. This suspension remained in effect until June 2020, though audits of small and medium businesses did not resume until late fall. In spite of the resulting backlog, the CRA has signalled its continued intention to increase its audit function and to prioritize international audits.

Despite any impact of the COVID-19 pandemic, the government of Canada has not waivered in its commitment to combat international tax evasion. In order to target complex tax schemes, such as offshore tax evasion, Canada has invested $350 million dollars annually since 2016.  The 2020 Fall Economic Statement, presented by Finance Minister Chrystia Freeland in November 2020 proposed investing an additional $606 million for five years and hiring "offshore-focused auditors to focus on individuals who avoid taxes by hiding income and assets offshore."

At the November 2020 Society of Trust and Estate Practitioners (STEP) Roundtable, the CRA provided an update on the status of audits resulting from its Offshore Tax Informant Program (OTIP). The CRA launched OTIP in 2016 as part of its stated efforts to fight international tax evasion and aggressive tax avoidance. The program allows individuals who provide information related to suspected major international tax evasion and aggressive tax avoidance to receive financial rewards where the tip leads to the collection of taxes owing. Since its establishment, the program has garnered much interest from tax practitioners and taxpayers alike. To that end, the CRA indicated that:

As of December 31, 2019, the OTIP has received nearly 5,500 calls of which of [sic] over 1,600 have been from potential informants, received over 750 written submissions and has entered into nearly 50 contracts with informants.

At the same time the CRA is focusing on international audits, amendments to the Income Tax Act (Act) have been made to facilitate these often complex and time-consuming audits. By way of example, recent changes to subsection 152(4) of the Act have extended the reassessment period for taxpayers by three years in respect of income arising in connection with a foreign affiliate of the taxpayer. Pursuant to the Technical Notes to the provision, these changes recognized the complexity of audits involving foreign affiliates and seek to ensure that the CRA has an opportunity to properly examine all activities in respect of foreign affiliates that are relevant to the Canadian tax base.

Audits in respect of foreign affiliates are generally quite time-consuming, for both the CRA and the taxpayer under audit. These audits often involve the CRA issuing requirements for information located in foreign jurisdictions and requesting the exchange of information from a tax treaty or Tax Information Exchange partner.

Given the CRA's focus on international activity and the increasing investment by the Canadian government, taxpayers should expect this level of audit activity to continue or increase in the coming years despite the suspensions, delays and backlog caused by the COVID-19 pandemic. Along with the CRA's stated intention and early activity in conducting prompt audits in relation to various COVID-19 benefits, the level of tax audit and dispute activity is likely to increase.