A sad story about Mr. X. from country Y 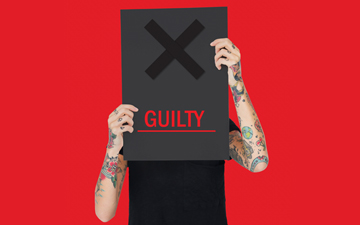 VAUGHAN – Meet Mr. X. Don’t judge him by his country of residence. It is not his fault. It wouldn’t be fair. He was taken there as a child by his parents who were fleeing another country for a better life. They could never have predicted how the government of Mr. X’s adopted country would treat him when he grew up.

In fact the government has been using its immense resources to conduct an ongoing investigation into the activities of Mr. X., which one night culminated in officials bursting into Mr. X’s house without warning, bringing police with them and scaring his wife and children. That night the government took away all his computers and papers, as well as some cash that his family had been saving for a vacation.

Apparently the investigation, which had lasted two years, had uncovered evidence that Mr. X had been breaking the law.

Armed with nothing more than circumstantial evidence at best, the government advised Mr. X of the fact that it believes he had been breaking the law. It gave him a 30-day period to respond to their allegations, but it didn’t so much as read his response before forcefully and violently penalizing him without a trial. Mr. X was guilty.

Mr. X could not afford a lawyer nor was a lawyer even offered to him. The government didn’t seem the least bit concerned with Mr. X’s ability to defend himself against the action.

From the moment the government decided he was guilty and even before being afforded the opportunity to defend himself against the position of the state (which turned out to be incorrect), Mr. X found that the state had started to take away his possessions, freeze his bank accounts and make it impossible for him to transfer anything to his family members or pay his employees. In turn he lost his business, his home, his wife and his dog.

And since Mr. X was not and is still not able to afford the services of a lawyer he has been forced to accept the government’s punishment, which ultimately cost him 25 years of his life — the 25 years it took to get to this point in the first place.

Arguably there are two major circumstances where the government uses its limitless resources against a citizen in a forceful and meaningful way. Those are during a criminal prosecution and during a tax audit and reassessment.

Both a criminal prosecution and a tax audit are capable of destroying a person. The criminal justice system can lock a person away for years, while the tax audit can destroy and undermine years of hard work and leave a taxpayer flat broke.

In the tax context however, the taxpayer is deemed guilty until they prove themselves innocent. They have to spend their own money to prove their innocence and do not qualify for any government assistance. And in the case of disputed HST or payroll deductions where amounts are still payable while in dispute, taxpayers still face the punishing task of servicing debts, which often turn out to be incorrect, while dealing with abusive collections agents along the way.

If CRA auditors were actually always correct in their assessments (as they are deemed to be until proven otherwise), then there may be a way to justify and stomach a system where there is an assumption of guilt, an immediate assessment of penalties and the need to service trust debts. But as has been shown by many a taxpayer and their lawyer, the CRA auditors are not infallible. Their assessments are wrong. A lot. And the CRA knows this.

Isn’t it about time to either do a better job on audits or flip the system on its side?

At the end of the day, what many don’t realize is that Mr. X is forced to shoulder the cost of a bad audit or a bad system. Sometimes Mr. X has a large reassessment that he is incapable of challenging and his life is ruined by the inability to fight. Other times Mr. X has a small reassessment and it is less expensive and troublesome to pay the bill than to challenge it. No matter what the reassessment, Mr. X’s lack of access to justice and an unfair system make him ripe for the picking.

Dale Barrett is the managing partner of Barrett Tax Law, founder of Lawyers & Lattes Legal Cafe, author of Tax Survival for Canadians and the editor of the Family Law and Tax Handbook. He is also a frequent tax lecturer, primarily for accountants. This article was originally published on the Lawyer's Daily.

The more risk factors a taxpayer has, the greater the odds of being audited
Practice

The Tax Court is not a court of equity, says Tax Lawyer Dale Barrett