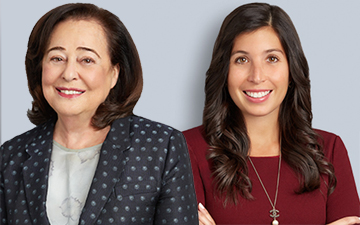 CRTs: What are they?

CRTs can be a useful charitable giving tool. A common example of a CRT in the inter vivos context is where an individual establishes an alter ego trust1, whereby property is transferred on a tax-deferred basis to the trust for the benefit of the individual during his or her lifetime and for a charity's ultimate benefit. The individual is the life tenant and is entitled to all of the income of the trust, but has no right to the capital of the trust. The charity is the capital beneficiary, meaning it is entitled to the capital of the trust on the death of the life tenant. The charity issues a donation receipt for the fair market value of the residual interest at the time the property is transferred to the trust. The charitable donation, for donation tax purposes, is the net present value of the remainder interest in the trust. Factors, such as the age of the life tenant, the fair market value of the property transferred to the CRT, and mortality/actuarial tables for the life tenant, are considered in order to determine the value of the remainder interest. Actuarial and valuation reports will be required for valuation purposes. The charitable donation tax receipt can be used to shelter tax on the individual's income for the year the property is transferred to the trust and/or against the individual's income in other years where permitted.

Testamentary CRTs Prior to the Graduated Rate Estate

Prior to the recent changes to the testamentary charitable giving rules, testamentary CRTs worked in a similar way. The trust was created in the Will of an individual for the benefit of another person during his or her lifetime, with no right to encroach on the capital, and on that person's death, the capital was transferred to a charity. Charitable gifts made through a Will were deemed to be gifts made by the individual immediately prior to his or her death. The charity would issue a donation receipt at the time the trust was established following the death of the testator, so that the estate of the deceased individual could apply the donation tax credit to the deceased's terminal income tax return in the year of death, thereby reducing taxes triggered on the deemed disposition on death, or to the deceased's tax return in the immediately preceding year. This worked well because the tax liability from the deemed disposition was matched with the donation tax credit.

In 2016, the rules changed such that now a charitable donation made by an individual through his or her Will is deemed to have been made by the estate at the time the gift is transferred to the charity. The value of the gift is tied to the fair market value of the gift at the time of the donation (rather than the value immediately prior to death). The estate is able to carry forward the unused tax credit for five years from the date of death, which could not previously be done. The tax credit cannot be used in the year of death unless the estate is a "graduated rate estate"2 ("GRE").

There are additional timing advantages if the gift is made during the 36 months the estate qualified as a GRE, or within the next 2 years provided the estate would have been a GRE except for the expiry of the 36-month GRE period. In such circumstances, the donation tax credit can be claimed (i) in the year of death of the deceased (which can be used to reduce tax liability from the deemed disposition on death); (ii) in the year immediately preceding the year of death; (iii) by the GRE in the year the donation is made or any prior year of the GRE; or (iv) in any of the 5 tax years of the estate following the gift.

If the charitable gift made through a Will is deemed to have been made by the estate at the time the gift is transferred to the charity, then a question arises whether a donation of a capital interest in a CRT created by a Will to a qualified donee3 (generally registered charities), which is made by the deceased individual's GRE, is still eligible for the donation tax credit and whether subsection 118.1(5.1) of the Income Tax Act will apply to the gift. If subsection 118.1(5.1) of the Income Tax Act applies, then the flexible rules that permit GREs to use the donation tax credit in prior years will apply.

We learned from this response that CRA is of the view that a testamentary CRT is not a gift by a GRE. As a result, no donation tax credit can be claimed in the year of death or the year prior to death.

More recently, CRA was asked whether the equitable interest in the CRT could be characterized as property that is substituted for the remainder interest in the property owned by the deceased at the time of death that is received by the GRE on and as a consequence of the death of the individual. If this argument was accepted, the rules that permit the GRE to use the donation tax credit in prior years would apply. In technical interpretation 2017-0734261E5, CRA provided its views on the application of subsection 118.1(5.1) of the Income Tax Act to this issue.

". A thing that is or may be used in place of another, often to serve the same function but with a slightly different effect. replace (a person or thing) with another."

However, the GRE may receive a donation receipt for the gift of the equitable interest in the CRT to a qualified donee and use the donation receipt in the year that the gift is made or any of the five following years.

M. Elena Hoffstein is a lawyer and Brittany Sud is an associate in the Toronto office of Miller Thomson LLP.

3. Under the Income Tax Act, qualified donees are organizations that can issue official donation receipts for gifts they receive from individuals and corporations.

The CRA's stated positions will result in a chill on tax practitioners' advice to their clients, says Stephen Sweeney of Miller Thomson
Thought Leaders