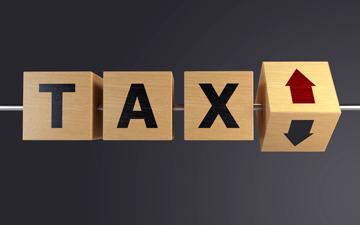 Editor's Note: This article was originally published on September 10th prior to the 2021 Federal Election.

EDMONTON – The heat waves of summer 2021 should now be over, the kids are starting back at school, and we are approaching the final quarter of 2021. The final quarter is a time many business owners will often implement tax planning and corporate reorganizations in order to complete them before year end.

The last couple of years have been crazy for everyone, business owners as much as anyone. However, while COVID is not over, it has become familiar and, while plenty of risk and uncertainty remains, many people are also looking beyond mere survival and considering longer term planning.

This seems like a good time to highlight what is going on for Canadian taxes — or at least the top topics we're watching that we think may be of interest to our clients.

This Bill is interesting not just because it fundamentally changes the tax rules in relation to family-owned corporations, but also because it was a private member's bill passed with the support of members from of all the parties, including many Liberals.

This legislation is already in force, so if you are looking to reorganize or transition family businesses, now may be an opportunity to do so in a way that limits future taxes.

The timing of any reorganization or transition potentially could be critical because, while the Liberal Government has said it supports the Bill's aims, it has also indicated that the government will amend it, though no amendments will be effective until at least November 1, 2021.

Tax practitioners generally believe amending the legislation is a good idea, so it will likely be amended no matter who wins the election (though exactly how it is amended may vary). Likely because it was not drafted by Finance, the legislation has significant problems. For example, it does not fit well with the rest of the Income Tax Act, may allow tax avoidance beyond the legislation's aim and definitely leaves a lot of uncertainty regarding exactly how it will apply.

This means the Bill is legislation that could potentially make a huge difference to many of our clients, only we are not quite sure how the legislation works now or how it will work in the future.

As a result, we are waiting in anticipation for future commentary by the government (whoever it will be), paying careful attention to other commentary on the Bill, and trying to assist clients to determine if the Bill impacts what they should do.

While we never know what future tax changes the government will make, that uncertainty inevitably increases in an election year since we do not know who will make up the government in a couple of weeks.

Without doing an in-depth study of all the parties' tax proposals, it is worth noting that both the Liberals and Conservatives are offering tax incentives for capital investments.

The Liberals have indicated they would continue to move forward with plans to allow Canadian controlled private corporations to immediately deduct up to $1.5 million of "growth investments" announced in their 2021 budget (see here for a budget commentary).

The Conservatives propose providing a 5% investment tax credit for any capital investment made in 2022 and 2023, with the first $25,000 to be refundable for small businesses and a 25% tax credit on amounts of up to $100,000 that Canadians personally invest in a small business over the next two years.

Both the Liberals and Conservatives also propose additional tax credits/incentive to encourage investment in green technology and businesses.

As a result, 2022 may be a good year for businesses to consider making significant capital investments, especially "green" ones. Businesses may be able to take advantage of this by planning their own capital expenditures or by selling their products and services to clients who are making capital expenditures.

Future Taxes and Scrutiny of the "Wealthy"

The "wealthy" seem to come off as the "bad guys" when you read the parties' platforms.

Even the Conservatives have said they will focus the Canada Revenue Agency's ("CRA") efforts on wealthy tax evaders and big corporations and will study the potential for introducing new taxes on frequent flyers, non-electric luxury vehicles and luxury second homes.

The Liberals' platform proposes introducing a new minimum tax for everyone who qualifies for the top tax bracket such that they will be required to pay at least 15% on taxable income. It is not clear how this will differ from the minimum tax which already exists in sections 127.5-127.55 the Income Tax Act, but we would assume this could impact high income individuals in years when they are claiming significant deductions and credits.

The Liberals also plan to significantly increase CRA resources to combat "aggressive" tax planning by the "wealthy" and to "modernize" the general anti-avoidance rule regime. This could increase the uncertainty associated with tax planning.

The NDP platform proposes increasing the top marginal tax rate by 2%, a wealth tax of 1% for taxpayers with over $10 million and increasing the capital gains inclusion rate to 75% from 50%. While we do not anticipate the NDP will form the government, the Liberals could depend on them to maintain power.

If the Liberals win, individuals who could be caught by an expanded minimum tax may also wish to realize income prior to the potential changes.

Are Business Owners' Affairs In Order?

As indicated above, the Liberals certainly, but also even the Conservatives, are talking about increasing CRA scrutiny, especially of the "wealthy." As detailed here, starting this year there are increased reporting requirements for trusts, and as detailed here, there is a general trend towards additional corporate disclosure requirements. All this suggests scrutiny of businesses and their owners at a higher level than ever before.

Tax legislation has also changed significantly over the last decade and the last two years have been chaotic, resulting in many business and personal changes.

Given all of the above, we suspect that many corporate structures and estate plans may now be dated and due for a review. Some of the questions individuals and businesses should be considering are:

Do corporate structures reflect where the business is today and where owners see it going over the next decade? Should assets be moved for liability protection or in anticipation of future business transitions?

Are unanimous shareholder agreements coordinated with shareholders' wills and estate plans? Or do they create conflict and uncertainty?

What are your CRA audit risks and are you prepared for the scrutiny of a CRA audit?

While it is always important to periodically review your affairs, given how much has changed recently, now may be an especially opportune time for a more comprehensive review, not just from a tax perspective, but also from a corporate and estate perspective.

Proactively reviewing your affairs and making sure they are in order given recent changes can ultimately save significant taxes and other expenses in the long run. Far too often as lawyers we are pulled into expensive messy fights which could have been avoided with proper prior organization and planning.

MaryAnne Loney is a partner specializing in taxation with the Edmonton office of McLennan Ross LLP.

Individuals, trusts and estates may now be caught
Thought Leaders

Is the principal residence an endangered species?

The more risk factors a taxpayer has, the greater the odds of being audited