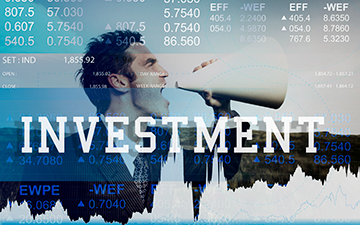 Stevan Novoselac and Reea Galeano of Gowling WLG on warrants

TORONTO – A Tax-Free Savings Account ("TFSA") is a popular savings tool allowing Canadian account-holders to contribute cash, stocks, bonds and other investments, to earn investment income or realize capital gains tax-free. TFSAs can, however, become disastrous for some successful investors who, in a short time, have amassed significant wealth in their TFSAs. Many of them can find themselves in the midst of an audit by the Canada Revenue Agency ("CRA) and at risk of losing much, if not all, of their TFSAs' value.

The CRA's policy is arguably inconsistent, however, with the Regulations enacted under the Income Tax Act ("Act")1, which indicate that a warrant is a qualified investment if it gives the warrant-holder the right to acquire a qualified investment either immediately or in the future. Arguably, an investor should be able to contribute warrants to her TFSA if, in the future, she is able to exercise the warrants to acquire shares that do not cause her to meet or exceed the 10% limit on share ownership. However, because the CRA does not use such a "wait and see" approach, investors should be extremely careful when contributing shares and warrants in the same corporation to their TFSA to ensure the CRA's presumption would not cause the warrants to be a non-qualified investment.

Another pitfall investors should take care to avoid is over-contributing to their TFSA as a result of a mistaken valuation. Some investments, including those lacking liquidity, are notoriously difficult to value accurately and create a material risk of over-contribution. For example, a valuation of warrants typically necessitates consideration of a variety of factors, including the underlying share value, the strike price of the warrant, volatility, the term of the warrant and the risk-free rate of return. Investors should proceed with caution in their valuations, as even a small deemed over-contribution can cause a significant tax liability. Take the example of an investor who contributed warrants with an estimated value of $10,500 to her TFSA. A few years later, the warrants quadruple in value and the TFSA becomes the target of an audit by the CRA, on the basis that the warrants were worth more than the investor's valuation at the time she contributed them to her TFSA. If the investor is unable to satisfactorily substantiate the basis of her valuation of the warrants, then she may be subject to a tax penalty of 1% per month in respect of the amount contributed to the TFSA in excess of her contribution limit.

This is where the problem can become even more onerous. An investor who both contributes a non-qualified investment to her TFSA and exceeds her contribution limit may be liable to pay a third tax on the "advantage" from going offside the TFSA provisions. "Advantage" is defined broadly in the Act and includes, with certain exceptions, a benefit that is conditional on the existence of a TFSA or a benefit that is reasonably attributable to a deliberate over-contribution. Where an investor obtains such a benefit, the total tax payable is the fair market value of the benefit. The broad definition of "advantage" affords the CRA significant discretion in determining whether an investor obtained an advantage and whether the advantage tax is applicable. Where there has been a significant increase in the value of the investments held in the TFSA, the amount of this so-called "advantage tax" can be crippling, up to virtually eclipsing the entire value of the TFSA.

The advantage tax is not refundable. To seek relief of the advantage tax, the investor must submit a request to the Minister of National Revenue to waive or cancel the tax. The Minister may waive or cancel part or all of the tax, if the Minister considers it just and equitable to do so. Some of the factors that the Minister is statutorily required to consider include whether the tax arose as a consequence of a reasonable error, the extent to which the transaction(s) gave rise to another tax under the Act and the extent to which payments have been made from the TFSA. The CRA has confirmed that it considers each request on its own merits and administers the waiver provisions fairly and flexibly.

There can be little to no proportionality between the gravity of the taxpayer's supposed misdeeds and the quantum of the tax assessed. Going only slightly offside can be financially catastrophic. Investors should take precautions to ensure they:

1 All statutory references are to the Act.