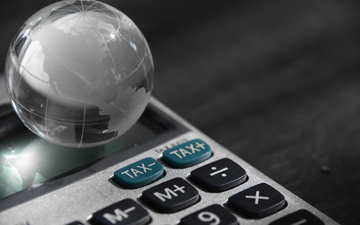 Global corporate tax rates have been steadily decreasing over recent years, with the G7 average for a business recording profits of 1 million USD falling from 32 per cent in 2014-15 to  26 per cent in 2020/21. Many countries sought to incentivize businesses to invest in their economies with attractive tax rates. Former US President Donald Trump cut corporate tax rates to 21 per cent in 2017, under the Tax Cuts and Jobs Act, a figure that Canada has tracked closely in the past two years.

While the lowest five corporate tax rates worldwide are held by corporate tax havens (led by Ireland), the United States and Canada have ranked ninth and tenth respectively out of 33 major economies for the past two years. The corporate tax rate in Canada is lower than all the averages of regional jurisdictions, including the global and G7, according to the average tax rates of 33 UHY international firms, assuming companies have a profit of $1 million.

Data from the Organisation for Economic Co-operation and Development (OECD) mirrors the data provided by UHY. Canada and the United States are close in statutory (2021), effective average (2020), and effective marginal corporate tax rates (2020). “Countries around the world have wanted to remain competitive by keeping the tax burden on companies as low as possible in recent years,” says Subarna Banerjee, Chairman of UHY. “The cash strapped governments of 2022 will likely now be considering increasing taxes on corporates.”

“Public finances will have to be shored up somehow and corporates can be an easier target politically than individuals. Businesses worldwide should be prepared for their tax costs to begin to rise in the coming years.”

Declining rates likely to be a thing of the past

However, with the COVID-19 pandemic leaving a gaping hole in the public finances of countries around the world, UHY says that the trend of declining corporate tax rates worldwide is likely to be over for the foreseeable future.

The UK government already announced its intention to raise corporation tax rates to 25 per cent from April 2023, more than two percentage points higher than the European average. Argentina already increased its headline corporate tax rate from 30% to 35% in 2021. US President Joe Biden has also pledged to raise federal corporate income tax to 28 per cent. For its part, UHY says that governments worldwide should ensure that any move to raise corporate tax rates does not affect the lower rates used to encourage the growth of SMEs.

Subarna Banerjee continues: “SMEs are a crucial component of international economies. In light of many countries’ post-covid recovery plans, it is encouraging to see so many continuing to support these smaller enterprises which form sustainable foundations of their economies.”

As a result of growing political pressure, some lower-tax jurisdictions will likely now have to increase their corporate tax rates for multinationals, according to UHY. The OECD announced in October that 136 countries have signed up to a deal to enforce a minimum corporate tax rate of 15% from 2023. The deal will also allow countries to tax multinationals that make sales within their jurisdictions even if they do not have a physical presence there.

There is also little evidence to show that the 2017 tax cuts in the United States boosted its economy. A Congressional Research Service report found the 2017 Tax Cuts and Jobs Act had little measurable effect on the overall US economy in 2018. By 2020, the COVID-19 pandemic created a global economic slowdown with significant job loss worldwide, and unemployment remaining high until the recovery in 2021.

Colin Ellis is a contributing editor to Canadian Accountant. With files provided by UHY UK.

Corporate taxes can be good for shareholders: Why some actually want their companies to pay tax